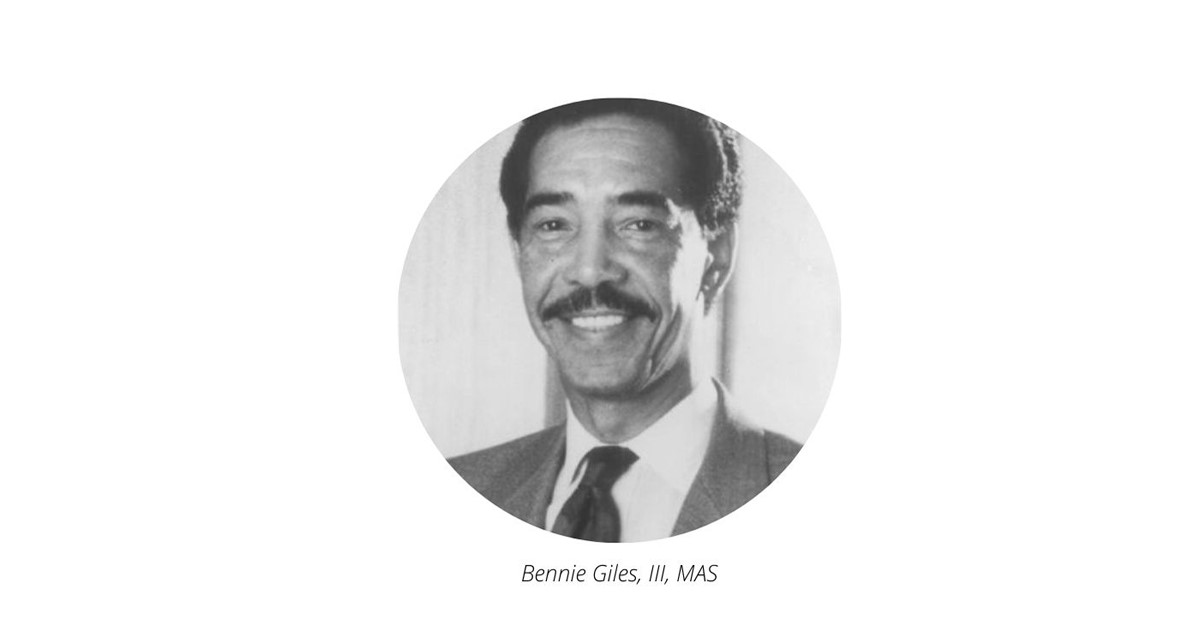 Giles got his start in the promotional products industry serving as director of marketing and program development at his family’s company, EPC. In 1988, he leveraged his experience and background in the industry and founded Creative Advertising Techniques. The company’s clients included Fortune 1000 companies, national associations, educational institutions, unions and government agencies. 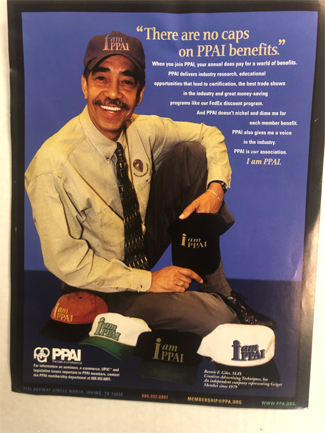 During his 30 years in the promotional products industry, Giles was an avid volunteer. He was a trustee of the Promotional Products Education Foundation in 1994-1997 and on the PPAI Board of Directors in 1994-1998. While on the board, he served on several committees, including terms as vice chair for the Marketing Information & Research Committee, the Awards & Recognition Committee and the Public Relations Committee.

“Bennie and I traveled to the PPAI Expo together for 18 years,” says Roy Johnson, CAS, managing director of Newark distributor Royel Marketing. “We would share a hotel in Dallas. He was a people person and a great guy. And he was knowledgeable. I think he had a degree in marketing and knew how to manage finances.

“The best that I can say is that Bennie was gifted with spirit. He had a love for people and was a great communicator.”

As the first African American with a seat on the PPAI board and to serve in leadership positions in many of its committees, Giles was also a trailblazer.

“Bennie became our representative,” says Johnson. “Whenever we came to Dallas, he would host a dinner and talk about the organization and about the advantages of participation in the organization. He did a lot to get more Black involvement. He was a very positive influence for all of us.”

After his term on the PPAI board, Giles continued to volunteer with the Association. He served on the Leadership Advisory Committee in 2002-2005, the Public Relations Committee in 2000-2003 and the Technology, Terminology & Standards Advisory Council in 2002. He was also named a PPAI Distinguished Service Award recipient in 1998 and received PPAI Fellow recognition 2016.

Giles retired from the promotional products industry around the time he was named City Clerk of New Rochelle in 2010. In that role, he worked to meet the needs of city residents and was actively involved in policy making. Westchester County recognized New Rochelle for the records management program he created.

On September 30, Giles’ family will receive his friends and relatives at Shiloh Baptist Church New Rochelle. Viewing will be at 9-10 am, with services immediately after. Giles suffered from Progressive Supranuclear Palsy, a rare neurodegenerative disease. In lieu of flowers, his family asks that donations be made to Curepsp.org in his memory.

filed under September 2022 | Breaking News | In Memoriam
Read time:
words
Comments (12)
Linda Giles
Thank you so much for your words of comfort and support. Bennie loved the specialty advertising industry and the many friends and colleagues he acquired thru the years . Thank you for adding joy to a life well lived .
Debra Henderson-Scott
Rest well Sir. Thank you for sharing your wisdom and leading with excellence.
Bob Cambridge
We spent much time together as professionals and good friends. May we meet again. RIP MY BROTHER
Nadine Gray
My sincere condolences to Jennifer and Kip Giles, my thoughts and prayers are with your family, he will be missed. Love you guys 🙏🏾
Jennie
Reading these comments are truly part of my healing. It means so much to know how much Dad was loved by everyone. Much appreciation love and gratitude…
Mary Sells
I am heartbroken! Bennie and I befriended each other years ago in volunteer services and networking groups in the industry. He was gentle but had a backbone of steel, was truly a creative spirit and I learned so much from him. His individuality and mercurial mind were tremendous assets. The industry was enriched by his many contributions, whether to his clients or colleagues. May his soul rest in peace and may his mourners be comforted.
Pat Dugan
Chris, I am saddened to hear of your Dad, Bennie's, passing. He was one of my mentors, guiding me with our wonderful discussions, introductions and advice. On the Awards Committee, we worked hard and played hard. Bennie was a character. Again, I had the pleasure of working with him on the PPEF Board. Thank you, Bennie, for your time, patience, and knowledge. RIP, my friend.
Margaret Custer Ford, M.A.S.
Although we had lost touch in recent years, I had a special place in my heart for Bennie, always! I don't think he was on the Board of PPAI when I served, but I first met him when he was appointed to serve on the committee I chaired, the Awards Committee, He cared a great deal for the industry, and the people in it! And, he was a good friend! I always appreciated his deep work ethic, and his sense of fun and adventure as well. What a great guy! My condolences to his family. Margaret Custer Ford, MAS (founder, MARCO-Ideas Unlimited)
Lillian Headley
Bennie always greeted everyone with such a bright smile and joy! His uplifting spirit will always be remembered. He loved our industry and always took the time to make a call to check in and keep us informed of industry news or changes. Bennie was truly a trail blazer, yes, a group of us from across the country met for dinner at every Dallas Show to rekindle our friendship and discuss positive business techniques which has kept most business going for over 37 years! May you rest in peace our friend...Bennie Giles.
Marc Morris, CAS
Our Pleasure was meeting Bennie at the “Shows.” 1988s was when there were still the Owners of Businesses, time to visit with Other Distributors and enjoy Ourselves. We enjoyed the Giles Family and impressed by Their Friendliness, Impeccable Dress, Happiness. Our Love to the Giles Family. Betty Jo😇, Marc, CAS, 🌞⚡️, Margot, CAS, Atlanta Advertising Novelty Company, 2022, We have been In the Promotional Field since 1918. Founding Member of Atlanta Specialty Advertising Association, NOW GAPP.
Scott Nussinow
Bennie's indomitable spirit, his love for the industry and for his friends, and his infectious smile were hallmarks of an extraordinary human. At the Expo, he used to make it a point to collect many industry ribbons (appropriately acquired, given his involvement in almost everything!), and was known for a flowing mane of ribbons, cascading from his show badge. Before male-to-male hugs were commonplace, Bennie was an early adopter, and was all-in with his warm and affectionate embraces. I'll miss those, I'll miss his laughter, his smile - though as I sit here composing this, I am warmed by wonderful memories of my dear friend. May his memory be for a blessing.
Cliff Quicksell
I am speechless. I have know Bennie for over 35 years - I had no idea he was ill, shame on me. I had the pleasure of meeting Benny a long time back, he was energetic, fun, full of life - I absolutely loved hanging out with Benny at the shows. I served on a few committees with Benny, I learned so much from him, especially the need to "just go with the flow". He had a kind heart, always willing to give and give back. I am so sadden of this news, he was a great friend, and a great businessman. Benny my friend, you will be sorely missed, I will miss our chats over a nice glass of wine and the many laughs we had together - I will however, cherish the times we spent together. RIP my friend - I will see you after. Cliff
Leave a reply