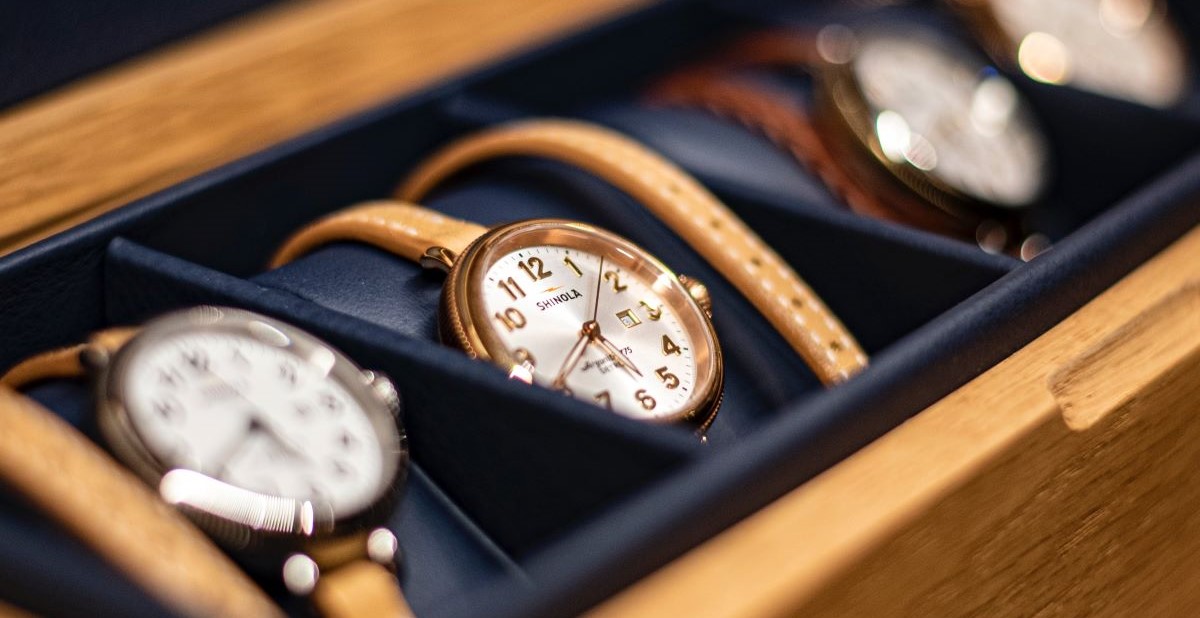 For decades, Doug LaViolette has created memorable gifts and recognition pieces for clients, helping them recognize, reward and remember the important people in their lives.

That mission is also a personal one.

Since 1992, LaViolette, president of Wisconsin-based The LaViolette Group, has continued to honor his son, Brian, who tragically drowned in a swimming accident at the age of 15. The Brian LaViolette Scholarship Foundation has awarded more than 1,000 scholarships to deserving college-bound students in northeastern Wisconsin, nearly 20 more states and three foreign countries.

“This year we will award our one-millionth dollar in scholarship money, and we started with $22,000,” says LaViolette, president of the nonprofit foundation. “It’s been a long run, and the first million is the hardest.”

Brian LaViolette’s legacy lives on through the bright futures of young people. And now, Doug LaViolette and his family have expanded the foundation’s reach through a distinguished stockpile of rare, unique and famous items:

Brian loved watches and began collecting them at age 4. His passion was the inspiration for The Once Upon a Time Watch Project, an extension of the Brian LaViolette Scholarship Foundation that will hopefully build a healthy scholarship endowment for future generations. 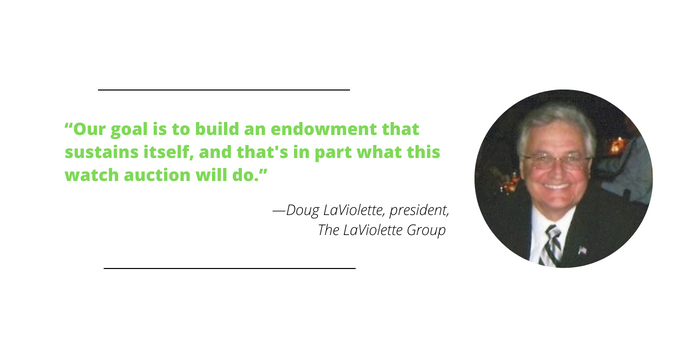 Over the past two years, the LaViolettes have amassed quite the collection through donations that go fully toward the foundation. Highly collectible watches have poured in from all over the globe. Online bidding has begun for 45 watches leading up to the November 30 live auction in Chicago.

“It’s not like we’re going out of business, but in order to be good stewards and to be able to have a good infrastructure going forward when my wife and I are gone, whether our daughter continues to be the executive director for 20 or 30 more years or someone else does, you need to have someone to handle all the administrative work that goes with scholarships,” LaViolette says. “Our goal is to build an endowment that sustains itself, and that’s in part what this watch auction will do.”

You’ll probably recognize the names of many people who have worn these timeless timepieces donated to The Watch Project:

The LaViolettes even secured a watch donation from Pope Francis with the help of Brian’s childhood best friend, Austin Rios, an Episcopal priest ministering in Rome who approached his contacts at the Vatican with the idea. Back home in Green Bay, Bishop David Ricken wrote a letter to the Vatican providing background on the foundation and asking for a donation. The Holy Father obliged with a personal wristwatch.

Through The Watch Project, LaViolette has blended his career marketing expertise with his passion for philanthropy. Fellow PPAI members have lent a helping hand.

Adrienne Forrest, CPIM, vice president of sales for Citizen Watch America, and Mark Abels, CEO of Selco, are on the foundation’s watch cabinet. Several other industry companies have watches in the program.

“It was a natural fit for Doug,” Abels says. “For my part, I have been involved in education-related volunteer work in Tulsa, so I really liked the idea of supporting a foundation started by a distributor that was giving scholarships to high school graduates.

“It has been exciting watching it come together and seeing the watches Doug has acquired. In August, I traveled to Green Bay for the kickoff of The Watch Project. I had no idea what I was in for, but to see Doug’s vision come together was truly inspiring. They raised more that night than anyone expected, launching several more watch connections."

The LaViolettes are starting with 45 watches. With over 4 billion watches in the world, The Watch Project is just scratching the surface. Another auction in the future is likely as a new source for scholarship money and a special way for the family to honor Brian LaViolette’s memory by continuing one of their son’s favorite childhood hobbies.