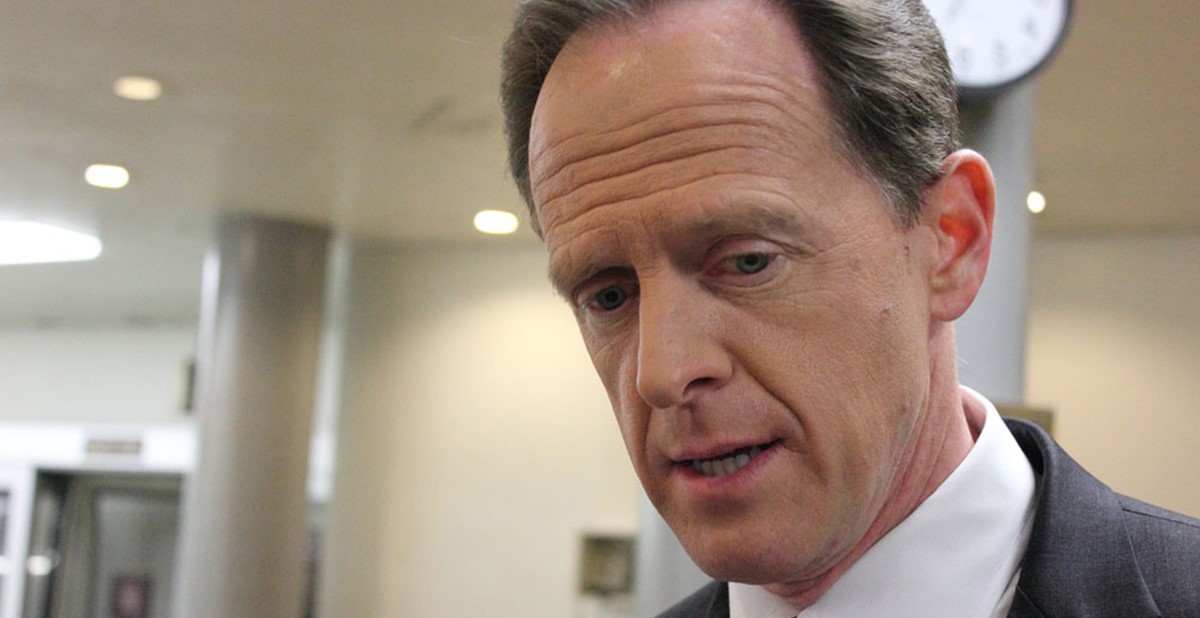 On May 4, the U.S. Senate voted to adopt, 53 to 43, a motion from Sen. Pat Toomey's that that would provide relief for American businesses affected by Section 301 tariffs. PPAI had joined a letter to the leadership of the U.S. Senate in support of the Senator's position.

• The letter voiced support for a motion to instruct—a proposal to instruct those appointed to a conference committee to take a certain position in the conference—by Sen. Toomey to include Section 73001 as included in the U.S. Innovation and Competition Act(S. 1260) in a final conferenced Bipartisan Innovation Act.

• The Association joined almost 180 trade groups and Americans for Free Trade (AFT), a broad coalition of American businesses, trade organizations, and workers united against tariffs, in the message to the U.S. Congress.

Following the Senate vote, the AFT issued a statement noting, "By voting in support of this Motion to Instruct, the Senate has once again recognized the importance of reinvigorating the exclusion process for products subject to Section 301 tariffs and demonstrated its commitment to finding a solution for the American businesses, manufacturers, farmers, and families who continue to struggle with the additional economic burden these tariffs create."

The tariff currently levied on Chinese imports are seen by the AFT and its coalition partners as making the U.S. less competitive globally and causing disproportionate economic harm to an American economy grappling with ongoing inflation concerns. While the best solution would be to lift the tariffs and take a more strategic approach to address China’s unfair trade practices, reinstituting this exclusion process, as detailed in Sen. Toomey's motion, is seen as a critical interim step to providing relief to U.S. businesses and making them more competitive with their Chinese counterparts. 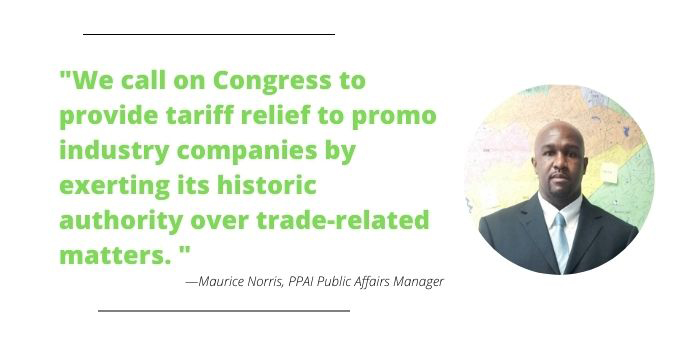 “PPAI has long been on the record opposing any import tariffs, which are equivalent to taxes on consumers,” says Maurice Norris, PPAI public affairs manager. “The Section 301 tariffs have not achieved their stated goals but have cost companies in our industry and others tens of millions of dollars since their inception.

“We call on Congress to provide tariff relief to promo industry companies by exerting its historic authority over trade-related matters. Right now, the most viable option for that is this motion to instruct the conference committee. The amendment would mandate the USTR to establish a comprehensive and transparent Section 301 exclusion process in the China competition bill, which is an idea that passed the Senate last year with broad bipartisan support.”

Background: The U.S. Innovation and Competition Act (USICA) would support U.S. technological innovation and research to make the country more competitive on the world stage.

• Additionally, Section 73001 of USICA would reinvigorate the exclusion process administered by the Office of the U.S. Trade Representative (USTR) for products subject to additional tariffs under Section 301 of the Trade Act of 1974.
• Section 73001 of USICA would immediately reinstate product exclusions that expired throughout 2020—in the middle of the pandemic and its economic fallout—through December 31, 2022.
• It would also require USTR to implement a new product exclusion process and outlines specific criteria for USTR to consider in determining whether to grant an exclusion.

The AFT notes that under the criteria outlined in Section 73001, the exclusion process will function in a fair, consistent and transparent manner and ensure that American businesses do not sufferd is proportionate economic harm as a result of the tariffs.

Today, we submitted a letter in support of @SenToomey's Motion to Instruct to include Section 73001 as included in the #USICA in a final conferenced Bipartisan Innovation Act, which would would reinvigorate the #tariffs exclusion process.

The Tariff Question: In its letter to the Senate, the AFT wrote, “We continue to call for an end to the China Section 301 tariffs—including China’s retaliatory tariffs—that have had a disproportionate economic impact on American companies, consumers and workers and that have failed to change China’s unfair trade practices. But until the tariffs are lifted, we believe reinstituting the Section 301 exclusion process for all covered products is critical to providing interim relief for U.S. businesses.”

• The AFT is calling for the resolution of the ongoing trade war with China.
• To date, U.S. Customs and Border Protection has collected more than $134 billion dollars in tariffs from U.S. companies who import products from China.

The USTR recently provided an exclusion process, but it was limited to a small amount of expired exclusions and did not provide full retroactivity for exclusions that were reinstated in 2020. The AFT points to these reinstated exclusions as an important first step, but calls for a more robust process to provide meaningful relief.

Its view is shared by at least 141 bipartisan House members and 41 bipartisan Senators who recently wrote to the USTR urging it to open a broader exclusions process. Sen. Toomey’s motion to instruct would include Section 73001 in a final conferenced Bipartisan Innovation Act, superseding the USTR.