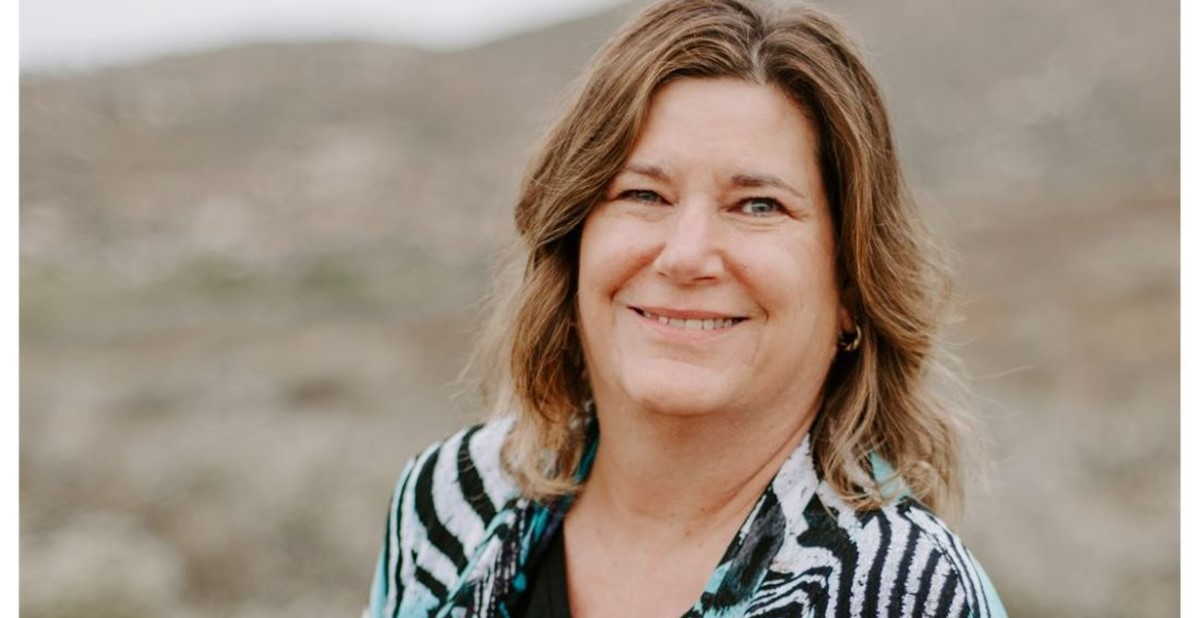 In her four-plus decades in the promotional products industry, Kim Bakalyar, CAS, hasn’t spent much time at a loss for words. She’s been a mentor, an educator, and a conduit for people in the industry both young and old.

But when Tom Carpenter of Rhombus Canvas LLC called her in mid-May, she was left speechless. Carpenter is on the PPAI Awards Committee, and he informed her that she had won the PPAI Woman of Achievement Award.

For over 17 years, Bakalyar has been with Los Angeles-based PromoShop (PPAI 204997, D11), leading change, educating her peers, and being the face and voice that so many industry veterans think of first when the distributor is mentioned.

“Her impact in the industry and her ability to foster close friendships helped PromoShop recruit and add exceptional team members as her reputation speaks volumes,” Kate Alavez, PromoShop’s CEO, wrote in the award’s nomination application.

But years before building that reputation, Bakalyar was working at a Beverly Hills law firm—a job she hated—and hoping to break into the advertising industry. So she took an interview at an advertising and promotional products company called Idea Man, which landed her a position as office manager. This was 1980. 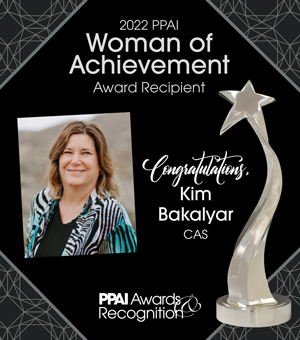 “So I was hired to type orders,” Bakalyar recalls. “And as I was typing up orders, I would wonder what these things were. And I would go and find the catalog and looked them up. And I was just fascinated. There was a whole area that I never even knew existed.”

Over the course of working for numerous companies, she has learned to do be a true jack of all trades. “I’ve pretty much done about everything in this industry, except accounting,” she says with a laugh. “I am not an accountant.”

She moved from office manager, to customer service, to vendor relations, to, eventually, Chief Compliance Officer and Director of Vendor Relations with PromoShop. She credits that versatility and mobility within the industry to her willingness to observe, question and learn the industry from any role. Eventually, it was clear to anyone who spoke to her that she knew what she was talking about.

“I realized once you’ve had experience in this industry and understand it, you’re kind of a more valuable commodity to another company within the industry,” she says.

All of that upward mobility was great for Bakalyar, but it underscores just how important she is in to PromoShop and the rest of the marketplace in her current role.

“Kim’s work has touched so many circles in our industry–from product safety to women’s leadership, from the social events to the nonprofit fundraisers,” Alavez says. “She deserves to be recognized for her years of service and celebrated for the career she has shared with all of us.” 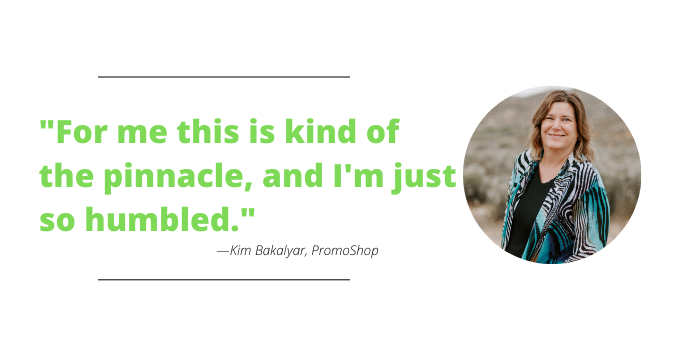 Writing in Bakalyar’s nomination, PromoShop President Memo Kahan said, “For the last 41-plus years Kim has set her mind to help all of us. I urge you to speak to anyone who has worked with Kim in the last 41 years. You’ll hear about her character and commitment to anything she sets her mind to.”

In her dual roles at PromoShop she has trained employees, built programs, led education on product responsibility, and much more. She has served as the President and Treasurer of the SAAC Board. She has been routinely involved in the Product Responsibility Advisory Group and the Women’s Leadership Conference Work Group. She has been an educational speaker and an industry advocate for the responsible growth of the promotional products world.

The word “mentor” was brought up quite a bit in her nomination application, but Bakalyar sees it as quality that comes naturally, a product of returning the favor of so many industry veterans who used to answer her questions when she was just starting.

“When Kim connects with someone, she doesn’t only create a network connection, she establishes a long-term friendship and continues to cultivate that relationship over time,” wrote Alavez, who said she would not be where she is in the industry today without Bakalyar.

After a long career full of great relationships, Bakalyar is retiring July 1. She has certainly achieved enough to walk away proud. Now, she’ll have the award to prove it.

“It is to me, I think, the highest honor that that a woman can achieve in this industry,” Bakalyar says. “For me, this is kind of the pinnacle. And I am just so humbled.”

filed under May 2022 | PromoShop | PPAI Woman of Achievement Award
Read time:
words
Comments (12)
Marilyn J Lee
Kim - Fantastic accomplishments & "giving" to our industry... maybe we can clone you!
Charla Donovan
A truly deserving award for an amazing lady. We are all so proud of you and your accomplishments!! ❤
Dawn Janis
So happy for you, Kim. Congratulations!
Cheron Coleman
Congratulations Kim!!
Toni Swezey
Kim is for sure one of the best. A mentor, a leader, a friend- She is all of those things exactly. Congrats to you. Very deserving!
Brian Duran
Whoot Whoot! Kim is the best - this is beyond well deserved!
Bruce Perryman
Congrats!!! You've been an inspiration to many and your service & dedication speaks volumes!! Enjoy your retirement you've earned!!! CHEERS!
Kris Roberts
I only know you from the outside looking in (industry wise) and from the stories you've told us over time but I can't imagine anyone more deserving of this award and I am honored to call you my friend and a true leader. Keep on rocking Kim!
Karie Cowden
KIM!!!!!!!!!!! This is amazing! CONGRATULATIONS!
Marvin Baida
I’m so proud for you reaching this high spot in your career… ever since the good old days at Idea Man. You’ve always been for me & the company! Mazel Tov😘
Danny Lopez
Wow, great job Kim! Your family and friends are so very proud of you!!
Cliff Quicksell
Kim, congratulations on this amazing achievement. Wishing you continued success. Best Cliff Quicksell, MAS+
Leave a reply