PPPC Communiqué: The 64th NATCON Was ‘One For The Books’ 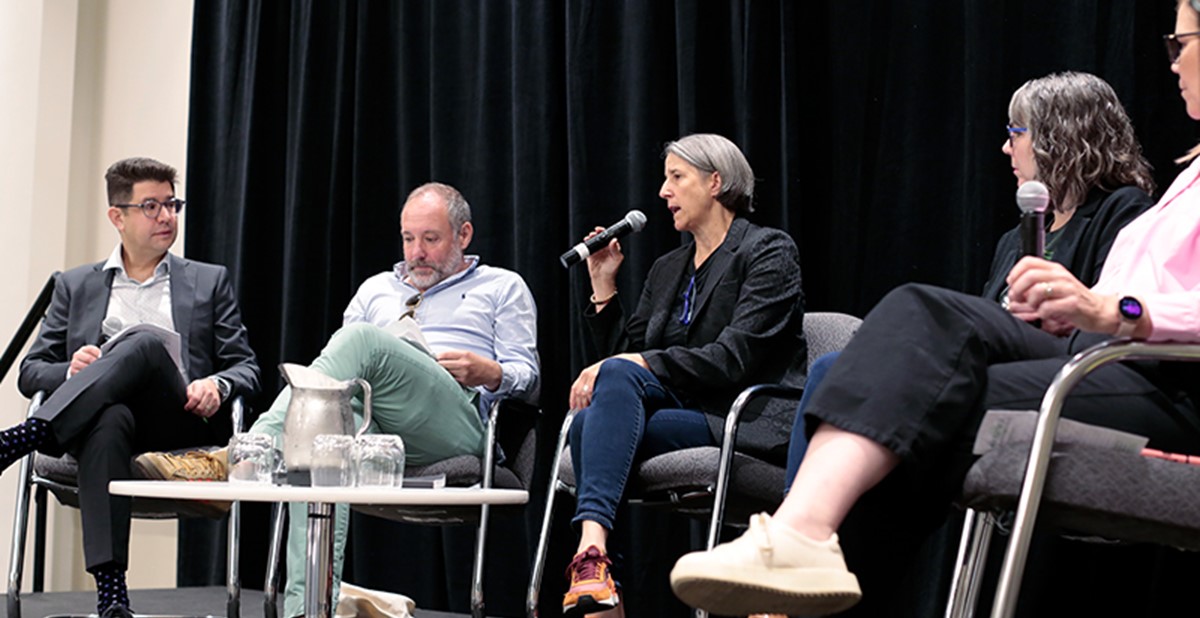 Promotional Product Professionals of Canada (PPPC) hosted its annual National Convention (NATCON) at the International Centre in Toronto on September 13-15. The 64th annual NATCON, sponsored by PCNA, made its in-person return this summer offering premium networking and actionable professional development opportunities for attendees.

Canada’s largest promotional products trade show boasted 100 suppliers exhibiting their latest wares. It also welcomed multi-line agents, over 700 distributors and more than 500 clients, who got an exclusive preview of the hottest promotional products in Canada during the show’s designated client day on September 15. PPAI and SAGE also participated in this year’s show.

“This year’s NATCON was one for the books,” said Jonathan N. Strauss, president and CEO of PPPC. “Attendees were excited to come together again in person, in one place to connect, network and effectively do business face-to-face. Post-show members highlighted this year’s show, PPPC awards and after-party was one of our best events ever. We’re now focused on how to top this year’s success for NATCON 2023.”

According to Strauss, one of the biggest highlights of this year’s event was the opening panel discussion that kicked off the first full day of NATCON (September 14) titled, “Focusing on the Triple Bottom Line – People, Planet & Profits!” The distinguished panel of Canadian industry leaders included Jamie McCabe (McCabe Promotional Advertising Inc.); Tara Milburn (Ethical Swag Inc., a Certified B Corp); Denise Taschereau (Fairware Promotional Products), a PPAI Board Member; and Heidi Reimer-Epp, MAS (Botanical PaperWorks – Seed Paper Company) Each brought a compelling fresh, and interesting viewpoint on the triple bottom line and how to take it to the next level.

Following the panel discussion, suppliers and distributors from coast to coast came together to showcase and preview the latest and greatest promotional products in Canada. Here they got to take their entrepreneurship to the next level by connecting, networking and doing business in-person after a virtual two-year hiatus. On the second full day (September 15), distributors got to share the experience with their clients where they got a sneak preview of the hottest Canadian promotional products and met with key suppliers.

Promonoise’s Alex Morin broadcasted live from the trade show floor and featured interviews with Strauss and other PPPC members. Promonoise was award the 2022 PPPC Award for Most Beneficial Sales and Marketing Aid.

For Edward Haung, VP of sales and operations for Promobilia (part of St Regis Group), NATCON is one of the single most important events in Canada. He has attended NATCON for the last 10 years and says having the opportunity to see so many clients in one place is highly beneficial, along with the ability to make strong connections. “The conversations are high-level and encompass a lot of sales opportunities. It’s also a great chance to connect to see what everyone is up to, where the gaps are in categories, and in specific products.” St Regis Group, including Promobilia, showcased its products in an 800-square-foot booth and was awarded the 2022 PPPC Award for Special Effects or Multi-Media Decoration on Textiles for its 3D Floater Mouse.

Cutter & Buck Canada CEO Shane Brett, a five-year veteran of NATCON, also finds the opportunity to engage and connect in person with distributors and their clients as being a key benefit to the event. The company featured a 400-square-foot booth at the trade show. “We attend as a supplier to engage on a personal level and hear unfiltered feedback from our customers and clients. Direct feedback is critical to our continuous improvement as a supplier,” says Brett. “NATCON provides an in-person opportunity to share ideas and opportunities that are otherwise difficult to do through phone or video.”

Max Baer, owner of Just in Case Promos and the immediate past chair of PPPC, confirmed the ability to see so many quality distributors and their clients in just two days makes the show worthwhile for his business. He enjoys the social aspect of it for meeting clients in person, attending the PPPC Awards and after-party. He found this year’s attendance strong. This NATCON marks his 23rd show and he added it is “a great way to strengthen relationships with clients, showcase products and build your brand.” Just in Case Promos featured a double booth at the show.

Alan Moscoe, CEO of distributor TPS Promotions & Incentives, says, “NATCON was a huge success for TPS. We were particularly pleased to host over 60 clients at the show. There is simply no substitute for the value that comes from in-person interactions. NATCON is unique amongst industry shows with meaningful education, recognition of our industry’s best and brightest and an incredible end-user day that delivers exceptional value for distributors, clients and suppliers alike.” TPS was one of seven distributors to host hospitality suites at the show.

Moscoe, who has attended NATCON since its inception, added that this type of interaction can only happen in an environment of mutual trust. “It is that exceptional level of trust, and a partnership mindset, that makes the promotional products industry in Canada a great place to be. Additionally, while we see many supplier reps throughout the year, the opportunity to engage more broadly with suppliers’ management teams and CSRs drives a higher level of engagement between our companies. It’s also nice to catch up with friendly competitors – we’re all peers.”

That level of comradery among attendees extended well into the night during the first full day of the trade show on September 14, as attendees braved Toronto traffic to head to one of the city’s hottest venues, the Eglinton West Gallery, for the 2022 PPPC Awards & Networking After-Party. Tickets were free to this year’s awards ceremony and after-party thanks to the generosity of sponsor Debco | hpg, which also received several PPPC awards.

During the awards, attendees raised a glass and celebrated all the award winners. There was a lot of fanfare for the design of the prestigious awards sponsored and manufactured by St Regis Group. Over 25 awards were handed out throughout the evening, including the posthumous 2022 Hall of Fame Award recognizing the late Rosalind (Ros) Fraser Plummer, MAS, which was presented to her daughter, Kate, and husband David by Kurt Reckziegel, PPPC’s Hall of Fame Committee Chair and previous inductee. The 2022 Humanitarian Award was given to Needham Promotions Inc. Post-awards, attendees enjoyed some delicious beverages and canapes and showed off their dance moves as the DJ played some favorite tunes well into the evening.

“The awards night was such an energizing event and really set the tone that we are back as an industry,” says Brett, who took home a 2022 PPPC Award for Medium Supplier of the Year.
The PPPC now looks toward other notable events coming this fall and in the new year, including its WEE event in Niagara-on-the-Lake in Ontario and the return of TOPS+2023, Canada’s longest running, five-city, traveling promotional trade show tour starting in January 2023.

Chopra is a communications specialist at PPPC.