Close Up: From The Ground Up 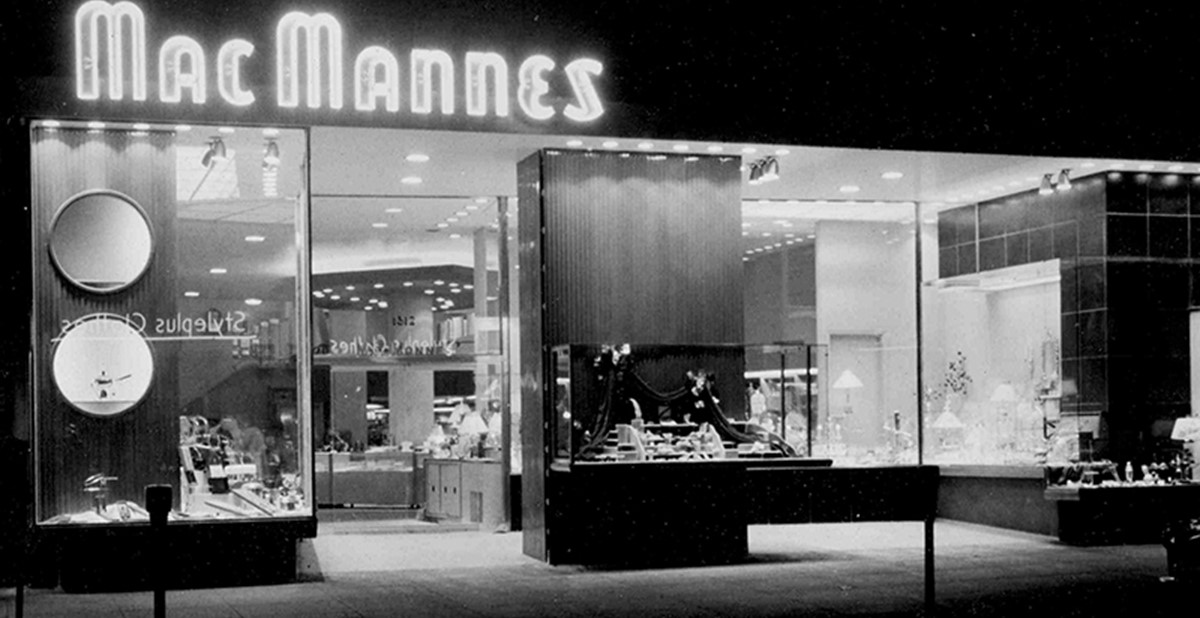 Above: The original Mac Mannes retail gift shop, which opened in the late 1930s in Washington, D.C.

If there’s anyone who understands the ins and outs of Mac Mannes, Inc., a Bethesda, Maryland-based distributor, it’s Chris Huebner. Huebner is president of the company, a position he’s held since 2006, but he’s also fulfilled a number of roles throughout his 33-year career there, having started as an assistant to the assistant mailroom director. Over the years, Huebner has both witnessed and experienced the changes stirred by technology, which made it possible for the majority of Mac Mannes’s 15 employees to work remotely—and, of course, transformed the mailroom entirely. 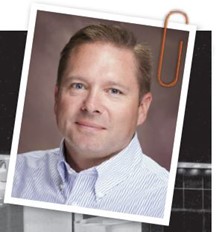 Mac Mannes carries a unique story of its own. The company, as it stands today, offers an expansive range of services, including creative, promotional and merchandising, and expanded offerings, such as logistics, trade-show booth design, product safety and compliance, and e-stores and fulfillment. But when it opened its doors in the late 1930s, it functioned as an eponymous retail gift shop named after owner Mac Mannes. The shop was located on G Street, just a few blocks from The White House in Washington, D.C. It specialized in gifts and housewares, with a product selection inspired by the Hammacher Schlemmer landmark store in Midtown Manhattan; a retail and catalog company that started as a hardware store providing specialty items and tools to carpenters and cabinetmakers.

Mac Mannes, Inc. transitioned into promotional products with the help of John Mannes, the owner’s son, who, in 1957, was quoted saying, “I’d never seen an imprinted specialty item and had no clue how to do it.” After 20 years of working for his father at the gift store, says Huebner, one of John’s friends showed him a knife with a recessed blade that he wanted to distribute during a trade show. John recognized the manufacturer as a company he had worked with previously. “He called the factory, negotiated a price and learned how the piece could be imprinted—and made the biggest sale in Mac Mannes’s history,” says Huebner. The order was for 2,500 printed knives. It was after this, also in 1957, that the retail gift store closed and the promotional business took over. 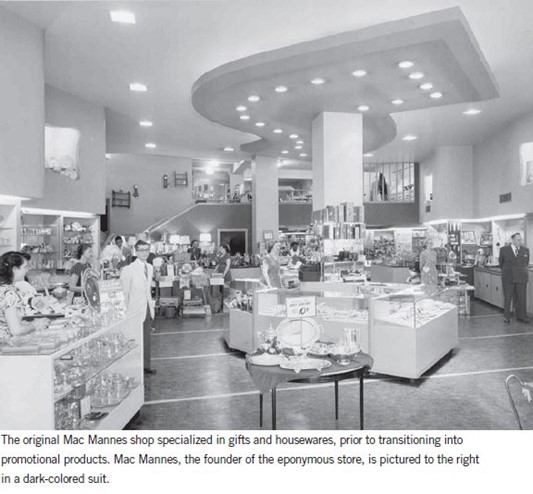 Some 30 years later, in 1989, Huebner started working for the company. At this time, Steve Edwards had become president, a position he held until retiring in 2006, when Huebner purchased the company from him. Now, as the company’s current president—a role that he’s held for the past 13 years—Huebner has led Mac Mannes through its 50th anniversary in 2007, its 60th anniversary in 2017 and a relocation from Washington, D.C. to its current headquarters in Bethesda in 2008. This year, Mac Mannes, Inc. was recognized as one of PPB’s 60 Greatest Companies To Work For.

What are some of the changes you have seen since your earlier days at Mac Mannes?

When I started at Mac Mannes, we mailed purchase orders and color-separated art boards to suppliers. Four weeks was considered a rush order. With all the technological changes, we still transmit purchase orders and art to industry suppliers, and the supplier-to-distributor selling channel model has remained virtually unchanged.

When you started with Mac Mannes, did you anticipate being with the company for over three decades? What about Mac Mannes stuck with you?

It all started as a summer job when I was fresh out of high school. I was the assistant to the assistant mailroom director. I stuck with it through winter and summer breaks throughout college, evolving into the role of sales assistant. President Steve Edwards took a chance on me and hired me as a full-time account executive after college in 1989. I had a commission draw account of $300 per week, or $15,600 annually, which was less than the $350 per week I’d earned the summer before. It worked out well for both of us, and eventually I acquired the company from Steve when he retired in 2006. I certainly had no plans for a summer job to evolve into my career.

With some two-thirds of the company working from home, how do you ensure that deadlines are met and communication flows among team members?

Ten years ago, each of us worked out of the home office daily. Acquisitions, geography and traffic have caused us to evolve to a larger remote workforce, and technology has made it all possible. We’ve had success with team members who embrace our mission and our workflow, and they’re appreciative of the opportunities given to them. Our biggest challenge is the face-to-face interaction we all miss and crave. We try to solve that by meeting in small groups or as a company whenever we can.

Having celebrated 60 years in business in 2017, what key takeaways can you offer to companies just starting out?

It’s all about finding the right people—both team members and clients. Hire people who are invested in a career as opposed to just a job. Prospect for clients who understand that promotional products are an effective advertising medium.

filed under Close Up | Chris Huebner | Mac Mannes | Inc. | Distributor | September 2019
Read time:
words
Comments (1)
Tony Limetti
Great story! I have worked with Chris for about 14 years and I never knew this... thank you.
Leave a reply