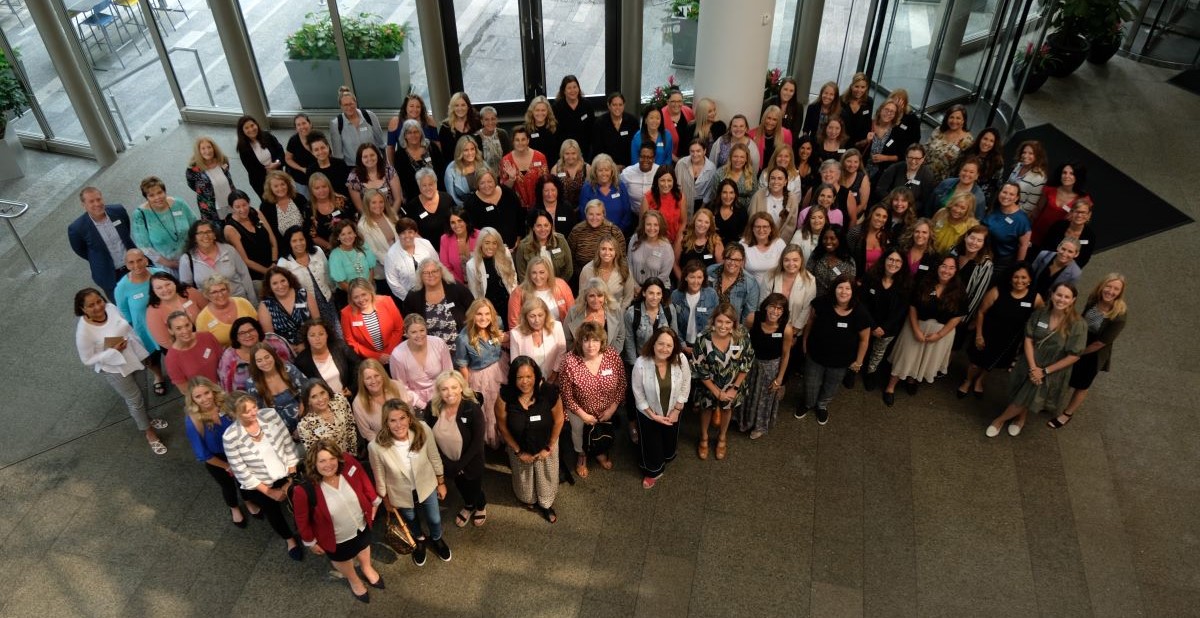 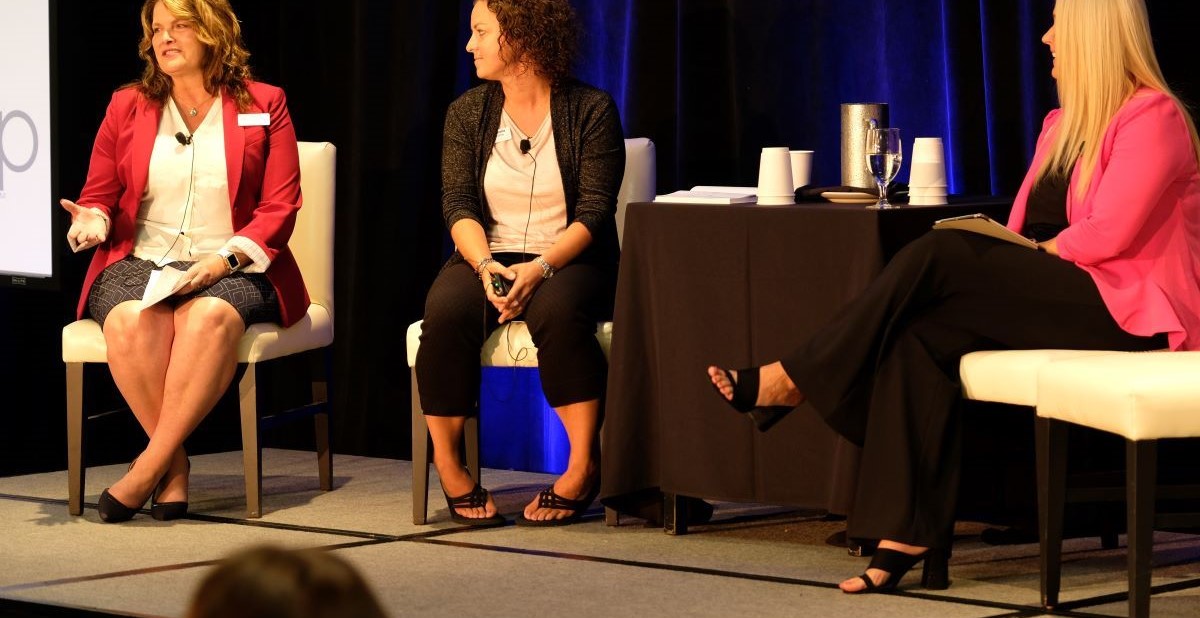 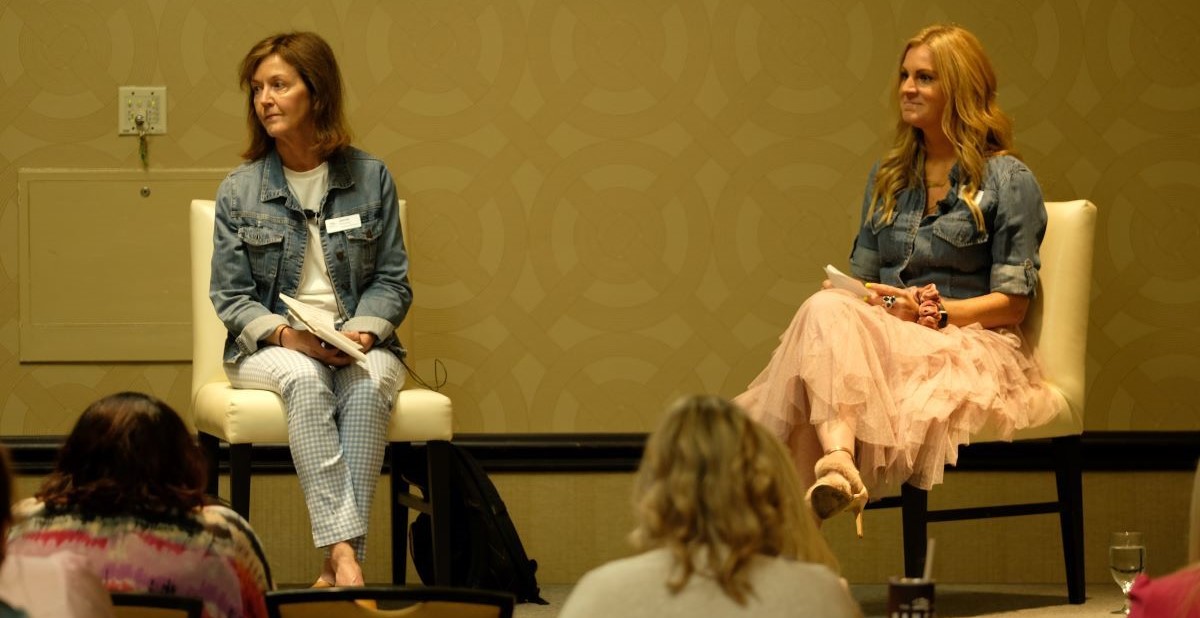 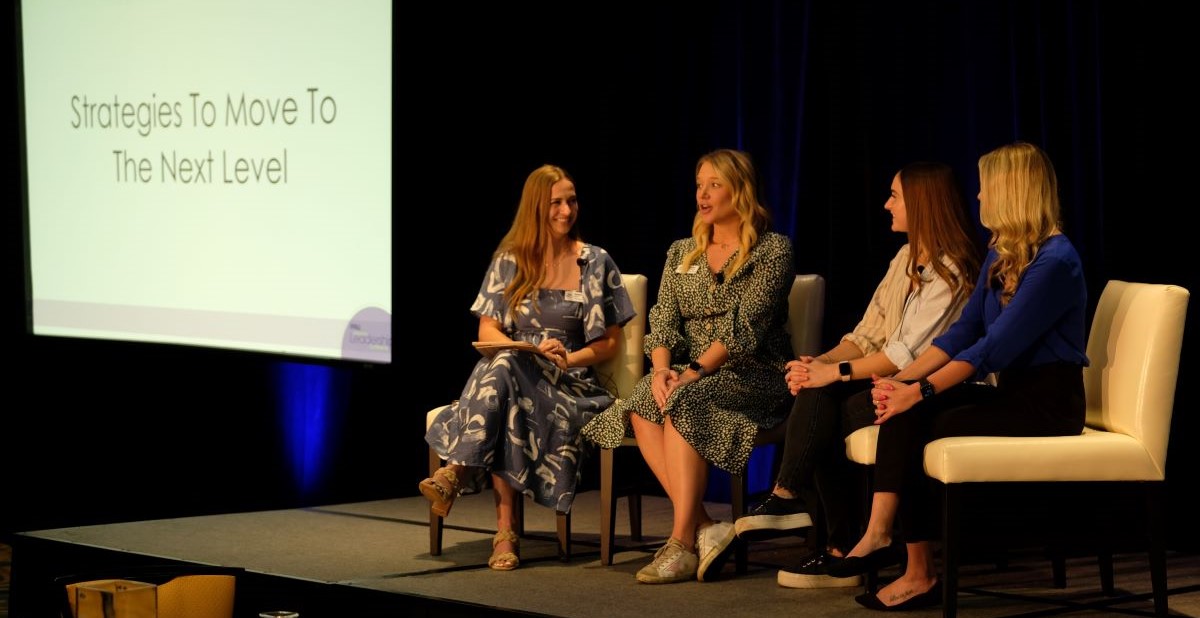 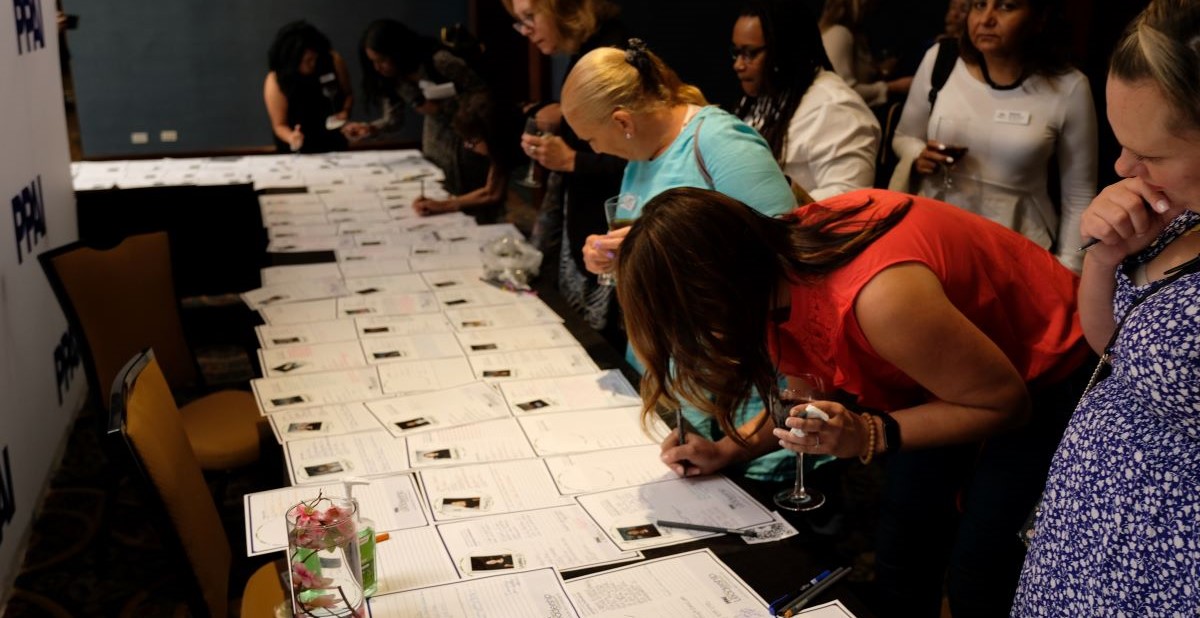 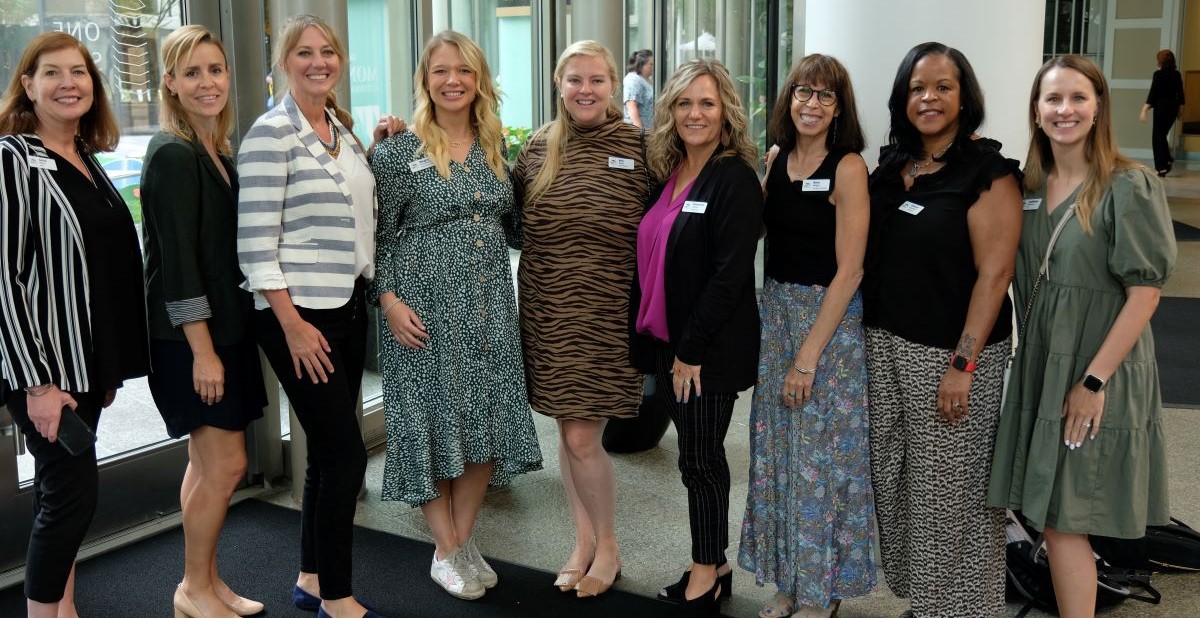 A unique event within the promotional products industry, PPAI Women’s Leadership Conference (WLC) was one of the most missed traditions over the last two years, as the pandemic forced the event to be cancelled in 2020 and moved online in 2021. This week, Charlotte, North Carolina played host to the event’s return, described by the roughly 120 leading industry women in attendance as a much-needed triumph.

First-time attendees and many who make a point to be part of the conference every year celebrated the success of the event, which wrapped up on Tuesday.

“It was better than I could have ever imagined this year. I needed it so much,” says nine-time attendee Jenny Straub, CAS. The director of strategic partnerships at supplier Outdoor Cap, Straub had been on the road for shows for four weeks, with WLC representing the finish line. “The minute I got here, all of the camaraderie, it just put me in the best space. I wouldn’t miss it for the world.” 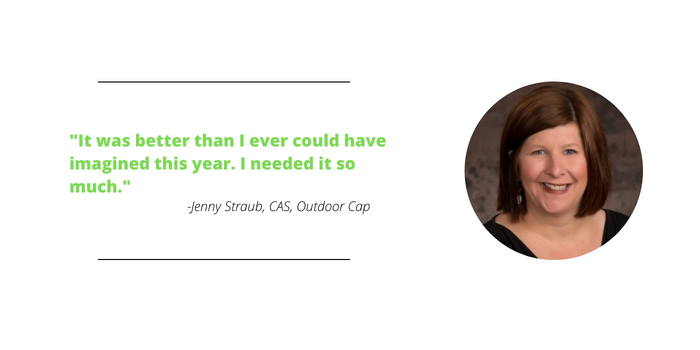 The networking and community of WLC is always hailed as a singular part of the experience, but the professional development content is equally vital. Along with keynotes on subjects such as innovation, overcoming imposter syndrome and career strategy by renowned speakers who are not part of the industry, promo pros themselves took to the stage to share their own insights.

On Tuesday afternoon, PPAI Chair Dawn Olds of HALO guided a panel on navigating leadership challenges within the industry as a woman. Later during breakout sessions, Taylor Borst of American Solutions for Business led a panel on strategies for leveling up in one’s career, while Brittany David of SnugZ and Janie Gaunce of Grapevine Designs interviewed one another about the path to entering executive leadership.

Though many say progress has been made for gender equality in the industry, challenges persist—not only in promotional products, but across the economy. An expert on the topic, Jill Yavorsky, PhD, assistant professor of sociology and organizational science at the University of North Carolina-Charlotte, explained to attendees on Tuesday how old biases continue to affect working women.

“Even in male-dominated occupations, women earn slightly higher performance evaluations than men,” she said, explaining that the biases show when it comes to reward, such as salary and promotions. “Even though women earned slightly higher performance evaluations, they were less likely to be promoted and less likely to receive the same kind of wage increase.”

Speaking anecdotally, Yavorsky said that women who manage to overcome these challenges often have built a strong network of other female colleagues.

Those in attendance confirm WLC was the place to build such networks of support. “Here you just know you can talk about things. You can be really open and honest,” says Borst, ASB’s director of marketing, events and public relations. “You know that you can explain problems you’re having, and not have to worry that it’s going to be used against you as professional ammunition. You do have certain events in the industry where you have to be careful about how you talk about your problems.

“In other situations, I think I can’t explain challenges I’m having at work without worrying I’m going to be seen as weak, or not competent in my role.” 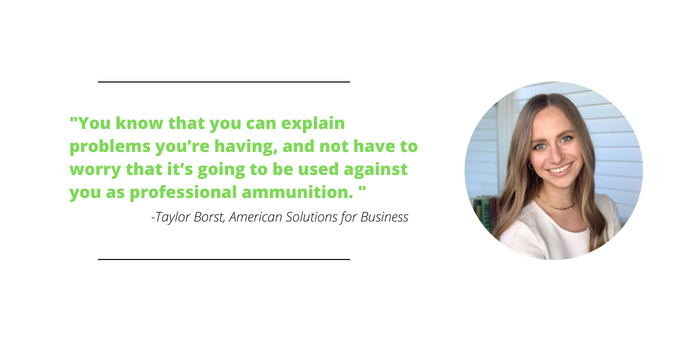 The spirit of authenticity has been passed down from an earlier generation of leading women in the industry to new attendees of WLC, including those just breaking into promo, such as Larysa Musick, a marketing coordinator at Botanical PaperWorks who made her first visit to the conference this year.

“All of the women here are so welcoming,” Musick says. “It was so easy to just enter conversations.”

In addition to the networking that occurred during breaks, WLC Chair Roni Wright was excited to bring back a number of popular sessions that allowed attendees to connect in more personal ways, including small group dine-arounds on Monday evening. Wright, of The Book Company, led a voluntary morning yoga class on Monday. On Tuesday, Meg Erber of S & S Activewear taught self defense. At the farewell reception Tuesday night, attendees left final words of encouragement and memories by signing a yearbook that will be distributed virtually to each woman.

Taken altogether, the result was something most attendees say will keep them coming back.

“I had no idea what my expectation should be, but what a great experience,” says Rhonda Campagna, VP of sales and marketing at Georgia distributor STG Marketing and a first-time attendee. “I feel inspired and encouraged. I feel like I have more relationships in PPAI, and I feel like going forward this is going to be a great place to find more community, more support and encouragement.

“I would really encourage anyone who has never considered it to attend.”

In a first for PPAI, the event was presented carbon neutral thanks to a sponsorship from alphabroder, also a gold sponsor. Bronze sponsors included Liqui-Mark Corporation, Botanical PaperWorks and Halls & Company.