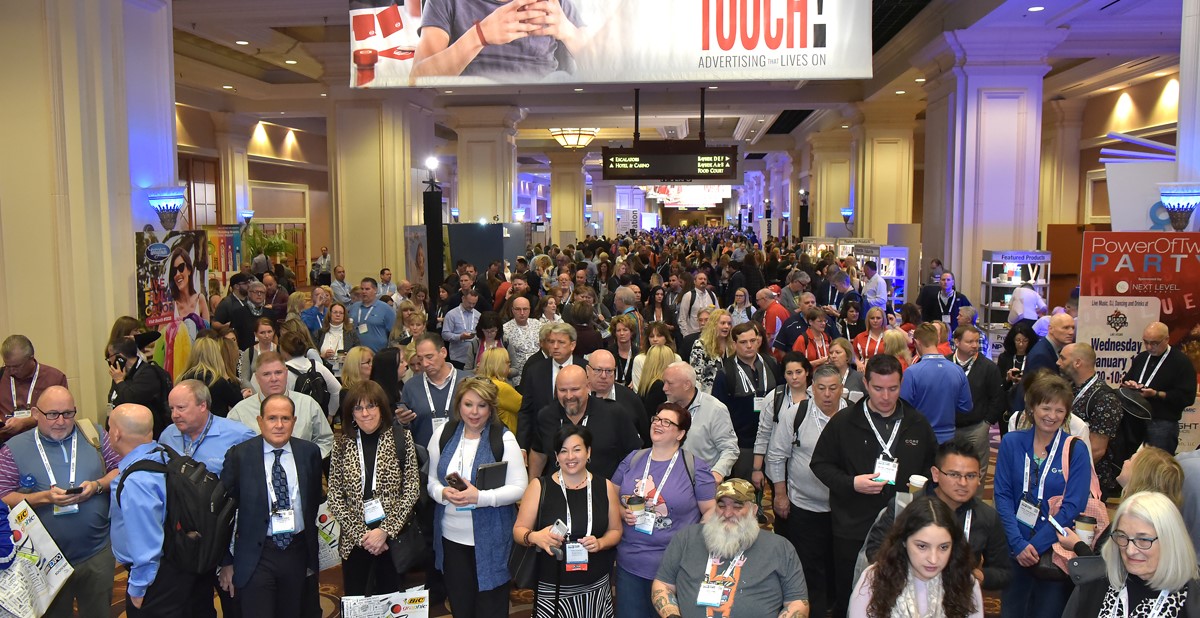 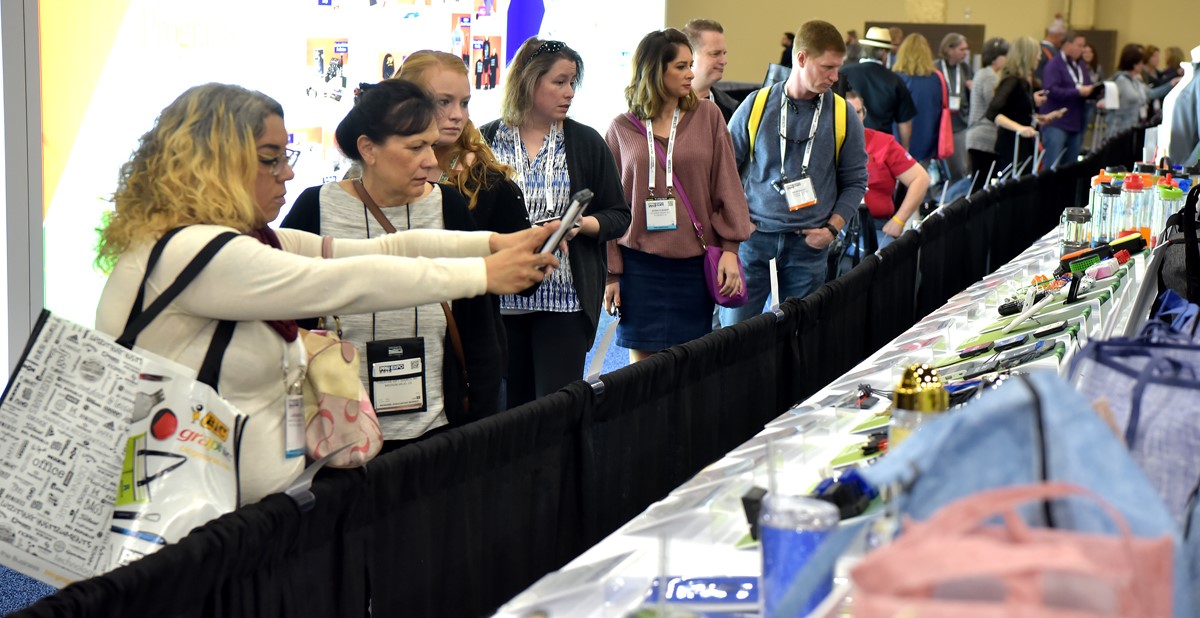 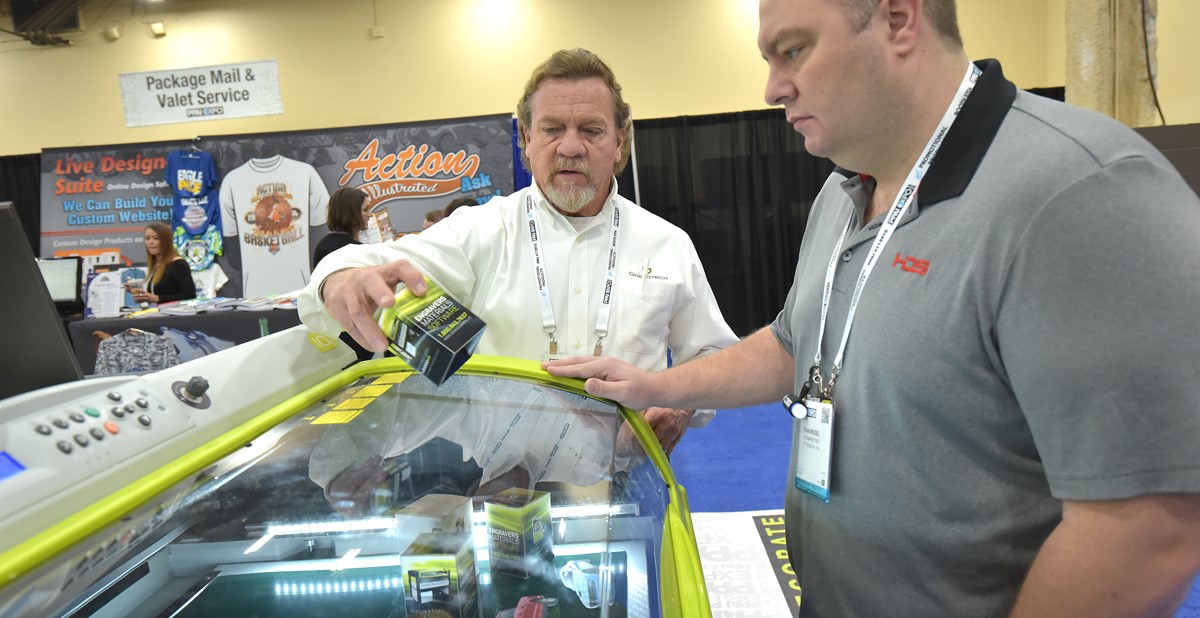 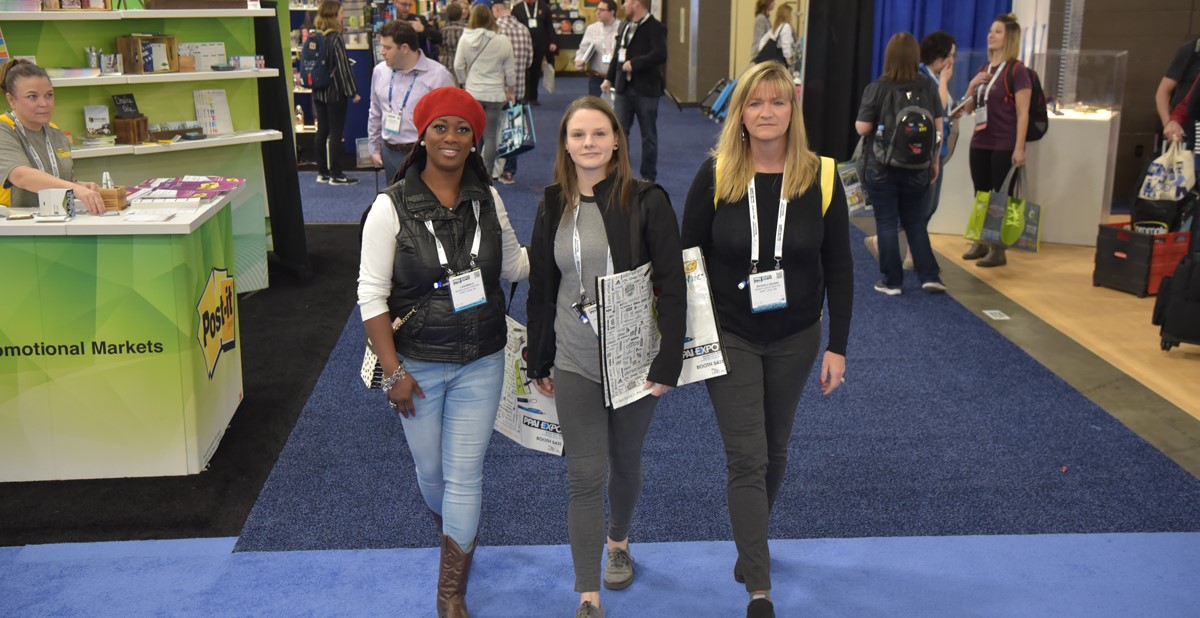 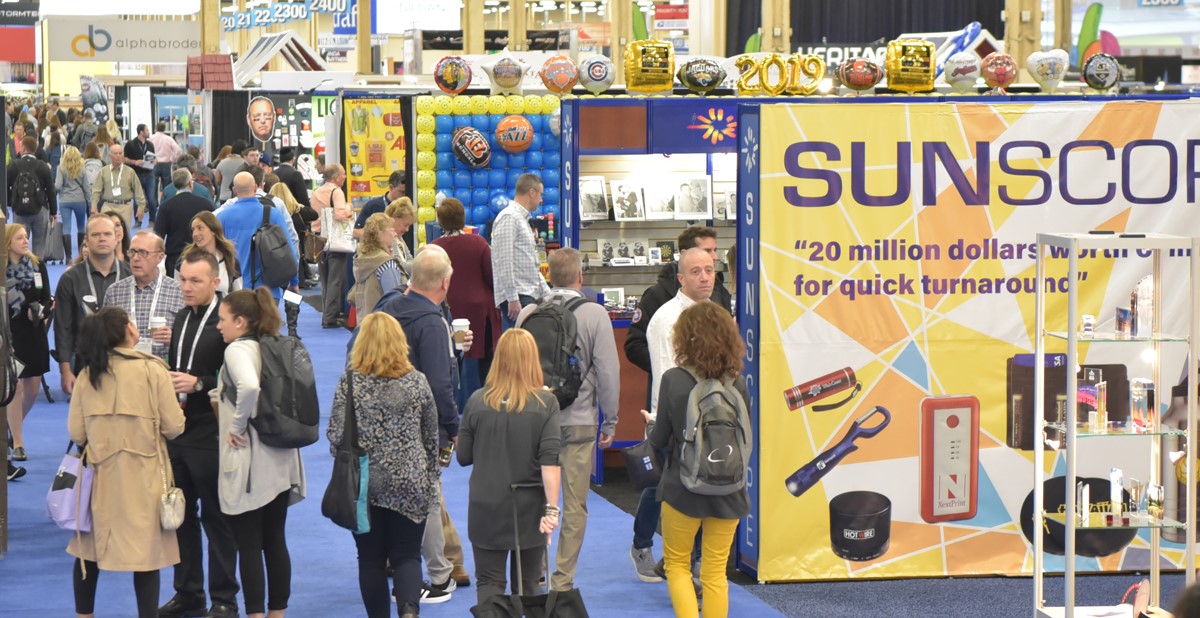 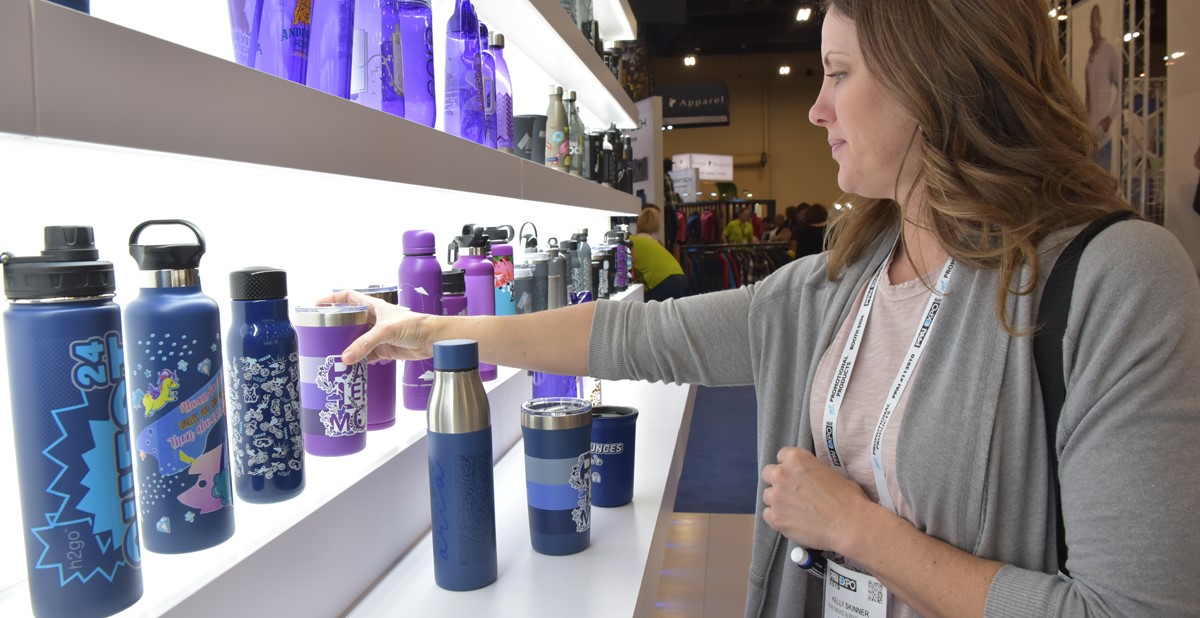 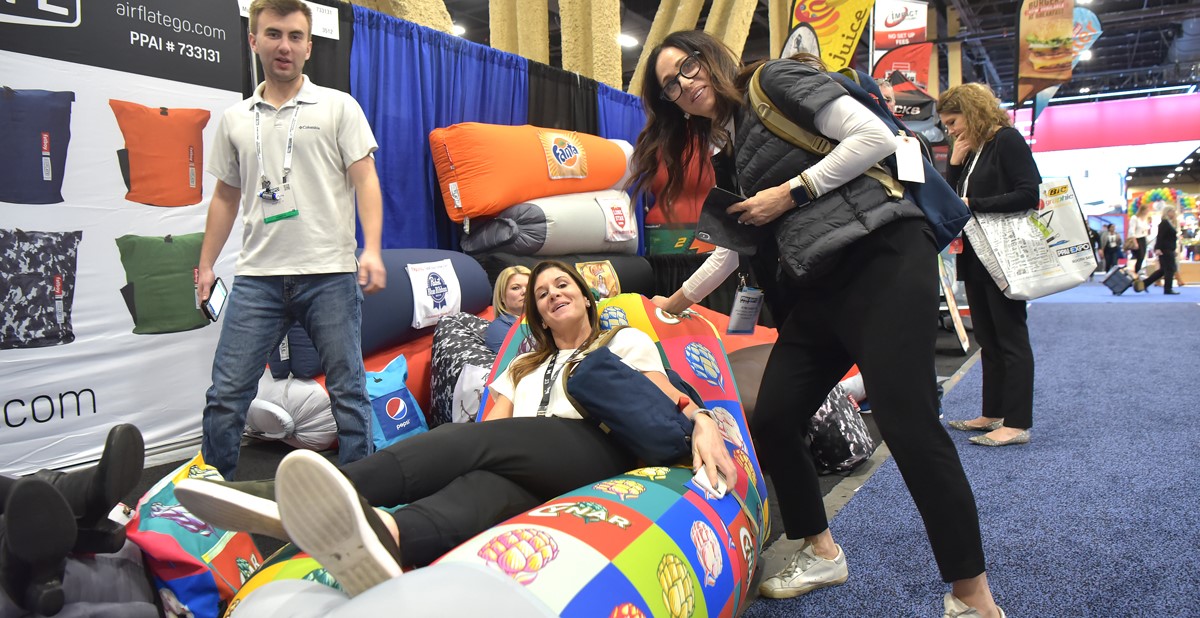 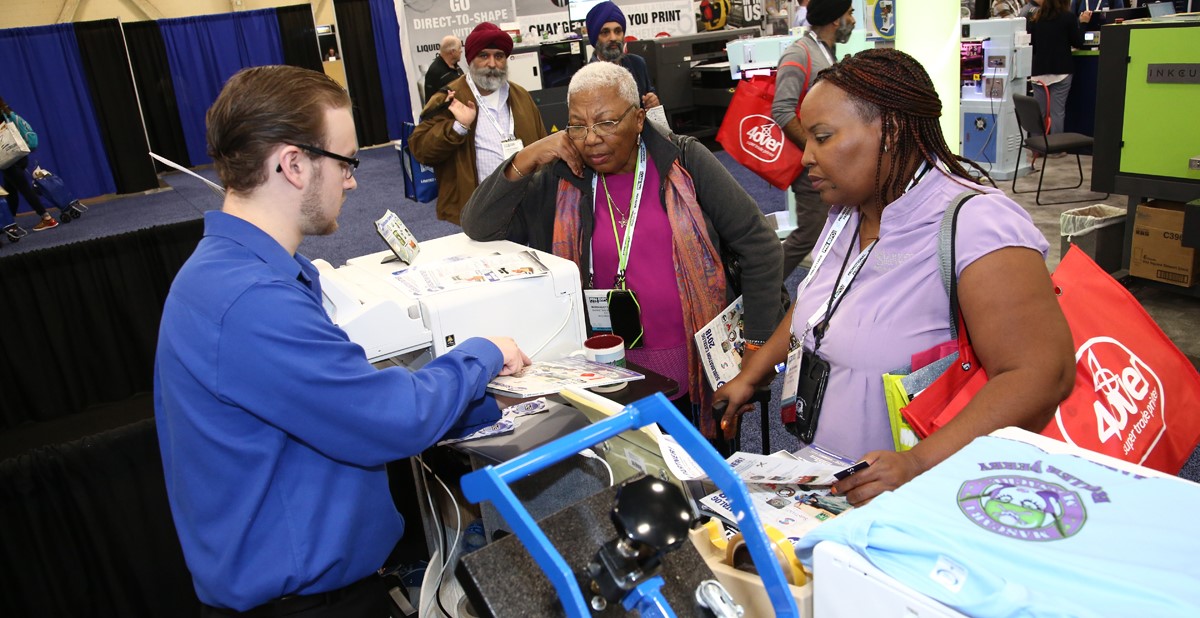 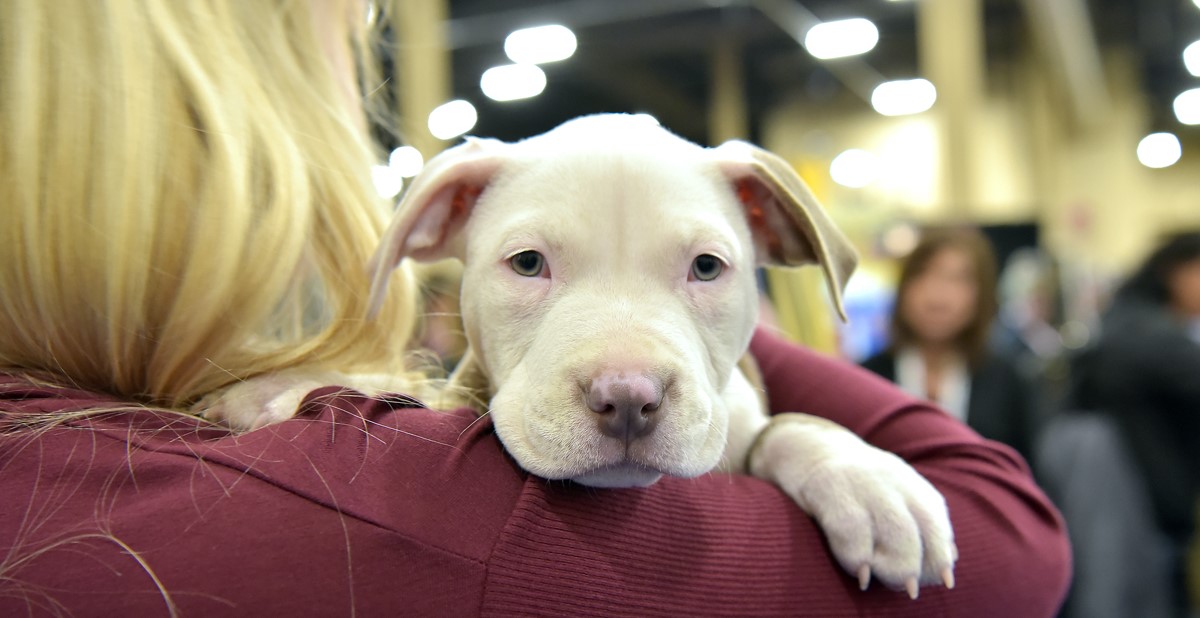 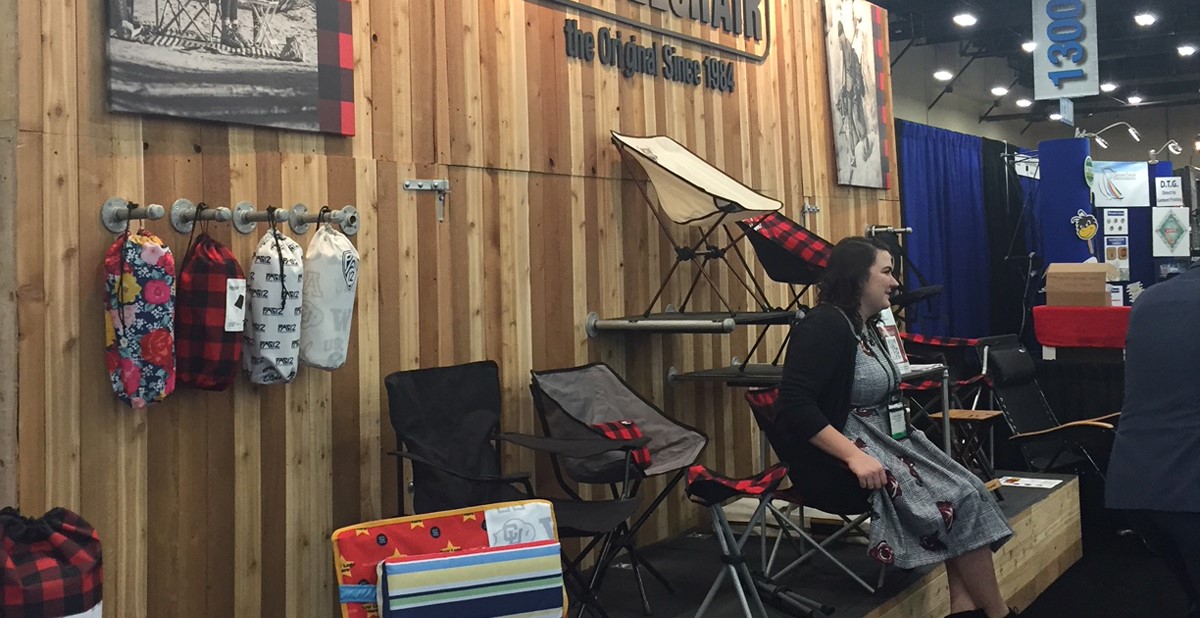 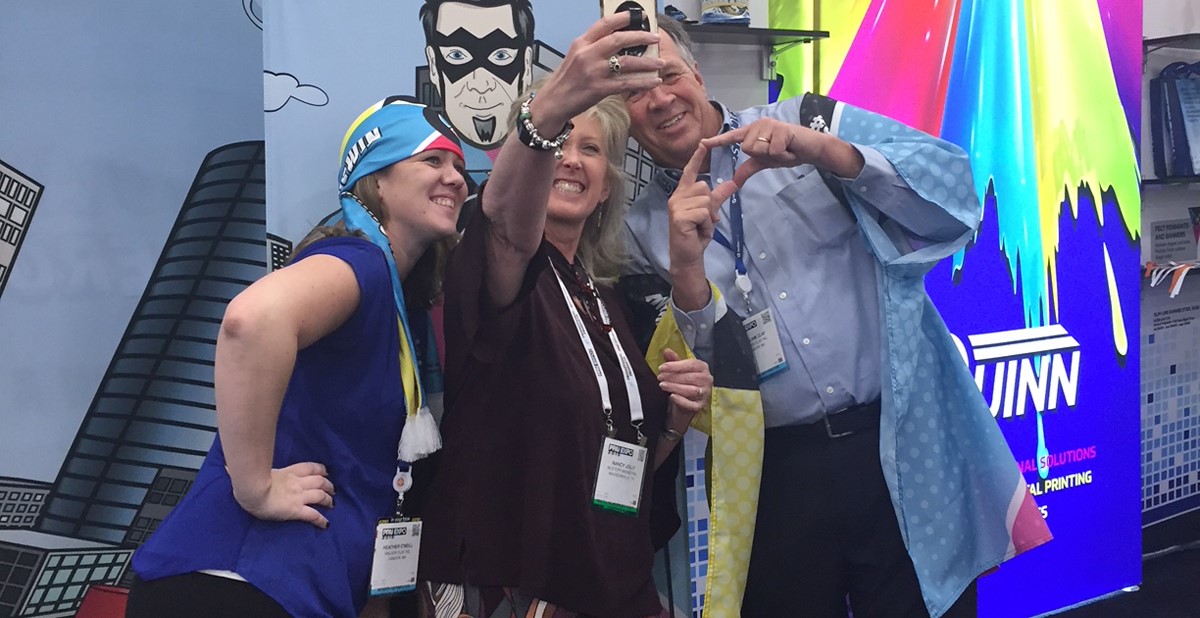 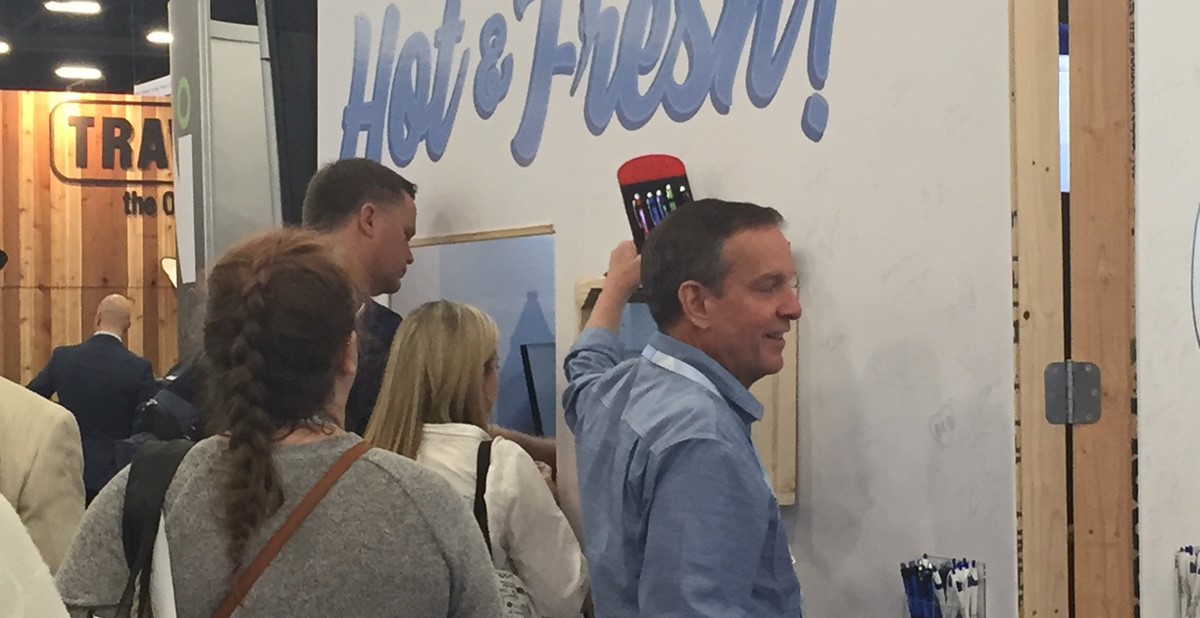 After months of preparation by exhibitors, PPAI staff and the Mandalay Bay Convention Center, the PPAI Expo 2019 officially got under way on Tuesday morning and wraps up its third full day of exhibits today.

For some attendees, it was their first time at the show. Among those was Thea Kelly, who recently purchased Alchemy Promotional Products in Dorset, Vermont, and who came to the Expo with a set game plan. “I hit all of the education workshops right away. I planned ahead what I wanted to attend so I already have the resources and tools for productivity that will set me up for the year.” She applied the same game plan to the show. “I planned to see the exhibitors I already do business with first and had clients and programs in mind. I’m going to hit this show every year; in terms of what PPAI provides, I’ve got my total ROI already.”

Andrea Damian, owner of Swag Promo in Los Angeles, decided to fly out at the last minute to attend the show. “It is good to come and get new ideas and see the people I’ve had relationships with for years,” she says. “I do business with a lot of breweries, and I saw games and dart boards that I can definitely use to market to them.”

Ronan Emrani with NinjaStitch.com, also in Los Angeles, says, “As a decorator I find it fascinating to come to this trade show, because you see all kinds of distributors looking for the next thing to sell to their customers. We deal directly with distributors to do embroidery, screen printing and sublimation in-house so we are looking for new trends as well. The show is better organized this year and the flow is better than in years past so the experience has been good.”

For Zubi Olin, owner of Central Coast Promotions in Simi Valley, California, it’s not a product or company she’ll remember most when she thinks about her first PPAI Expo—but an experience. “The thing I will remember most is when I went to registration to get my badge, the sweetest lady saw that I was from Simi Valley, which is right next to Thousand Oaks, and recently we’ve suffered from two massive wildfires, a shooting and now mudslides. She asked if I was okay, and how I was coping and handling things. As a first-time distributor, that’s going to be what I’ll remember most.”

Expo exhibitors looking to create a fuller experience for distributor attendees went far beyond a simple table and product setup; some exhibitors went all out with their displays to help build their brand image. Among the most eye-catching ones were Travel Chair (booth #1432) with its rustic redwood wall that set the perfect stage for its products.

ETS Express displayed its colorful translucent and opaque drinkware styles against a backlit panel for a stunning effect and HUB Promotional Products (booth #1547) incorporated two engaging, interactive elements at both booth entrances. At one, labeled Hot & Fresh!, distributors could pick up samples. At another, the company’s Jason Lucash conducted a Price Is Right game with contestants guessing the price of products. Both elements drew large crowds of distributors wanting to take part.

QUINN (booth #2341) was running an Expo challenge where participants could win a free 10-by-10-foot canopy tent by taking a photo with their SUPERQUINN character and posting it to social media.

Among some of the interesting products seen at Expo, Branded Logistics introduced the first integrated customizable OtterBox phone case with built-in PopSocket to the promo Industry—the Otter + Pop.

DBest Products, a company featured on Shark Tank that makes smart carts and trolley dollies, introduced a new smart cart that weighs less than two pounds and carries up to 130 pounds.

Beyond the latest products, the Expo’s reputation as a big tent for the promotional products industry saw young professionals come together last night for a SPARK networking reception. SPARK is PPAI’s education and networking opportunity for young professionals working in the promotional products industry. Highlighting the initiative’s growing popularity, this year’s reception drew more than 100 attendees.

In its journey across the U.S. connecting with industry companies ahead of Expo, the PPAI Promomobile hosted a series of pop-up lunches at restaurants along its route. The pop-ups continued inside the Mandalay Bay over the past two days with a series of attractions to surprise and delight attendees on the show floor. These included a caricaturist and an illusionist; various treats such as coffee, ice cream, tiny pizzas and chocolate-covered bacon; and probably most popular, an opportunity to relax with a gaggle of playful puppies.

filed under January 2019 | The PPAI Expo | The PPAI Expo 2019
Read time:
words
Comments (1)
Cindy Chapman
I'm recharged! Excellent show. Thank you to PPAI and all the fabulous vendors and seminar leaders who made it such an amazing show!
Leave a reply