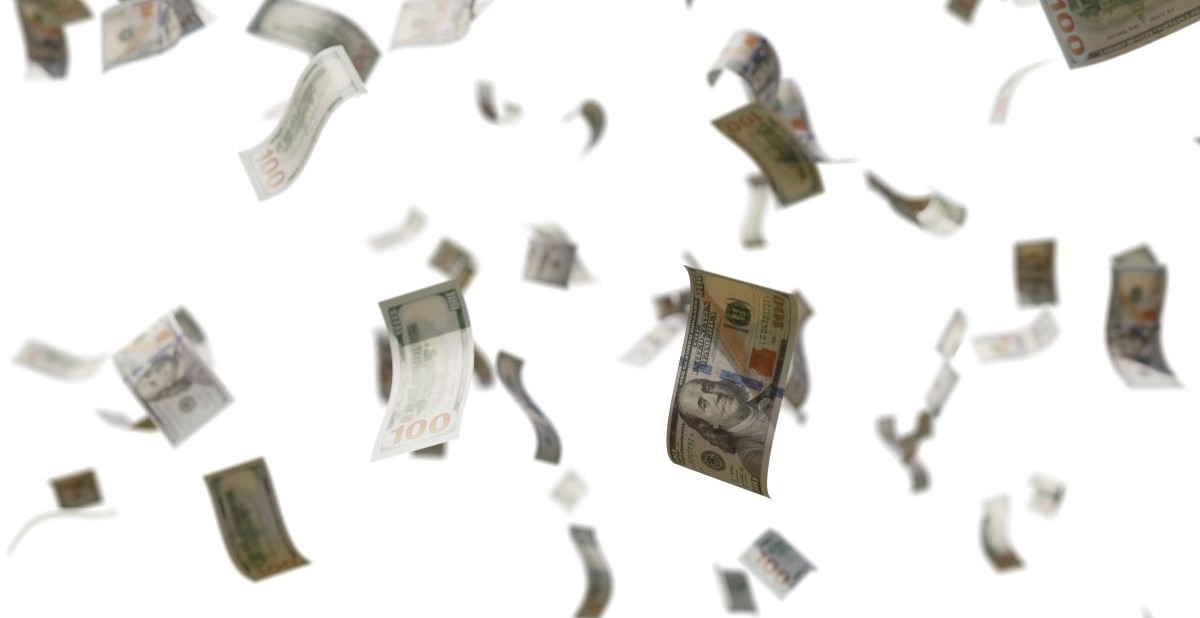 As the economy continues to react to both global circumstances and central banks’ attempts to create economic stability, consumers are still having to contend with fierce inflation.

PPAI Media reached out to prominent CEOs of industry distributors and suppliers to get their reaction to forecasts, what they are preparing for and, predictions aside, what economic factors they are watching.

The Kiplinger report, published in October, had a few key predictions based on recent economic activity.

This is a prediction shared, albeit cautiously, by a number of industry leaders. Nigel Harris, CEO of Canadian supplier PowerStick.com, is even a bit more optimistic about next year’s eventual outlook.

“Like most economists, we believe that for 2023, an inflation rate of just below 2.5% is probable,” says Harris.

Likewise, positive news from the Consumer Price Index was released this week, showing that a 7.7% increase for the 12-month period ending in October is a slower inflation pace than economists had predicted and also represents the lowest annualized inflation reading since January.

Additionally, 261,000 jobs were added in the month of October in the US, which contributes to what most still consider a hot job market. While opinions may differ, The New York Times reports that “officials at the Fed [Federal Reserve] have not been under the impression that wage growth has been a driver of inflation.”

A greater factor to inflation may be, as HPG’s CEO Chris Anderson explains, “a surplus of liquidity in the economy.”

Not All Recessions Are Equal

The looming question since inflation began its creep is whether a recession will be required to bring down inflation rates.

“I do think [Federal Reserve Board Chair Jerome] Powell wants to get inflation under control, and he will put the country into a recession if necessary to get there,” says Craig Nadel, CEO of California-based distributor Nadel. “I suspect that is exactly what will happen.”

For such a scary word, however, not all economic recessions are the same. They can be caused by different circumstances and have different effects. As Anderson explains, more painful recessions the US economy has faced in recent history were based on debt. 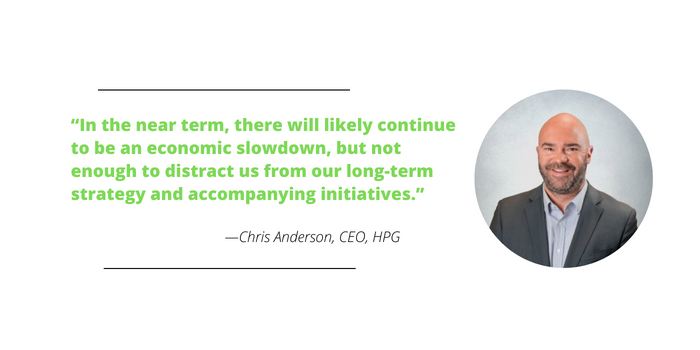 “In these cases, excessive and bad debt on internet-based infrastructure or housing accumulated, and it took several years, in both instances, for the economy to adjust and absorb them,” says Anderson.

“In the near term, there will likely continue to be an economic slowdown, but not enough to distract us from our long-term strategy and accompanying initiatives,” Anderson says. 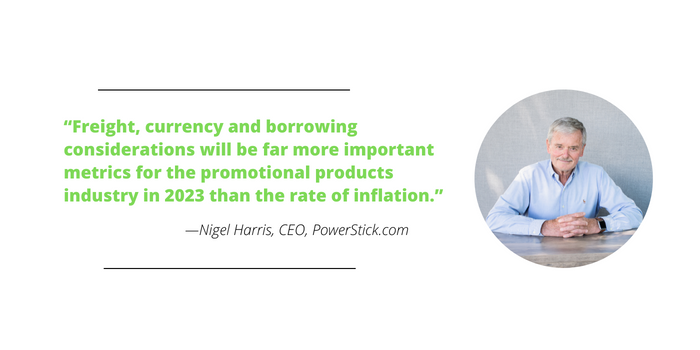 Two topics that promo leaders are focused on, perhaps even more than inflation, are:

Nadel argues that the promotional products industry will be negatively affected by a recession along similar lines to most industries – not better (like auto repair shops) or worse (like automobile sellers).

“There is a more immediate thing for now,” Nadel says. “As interest rates are much higher, some companies will suffer.”

Because certain promo clients could be greatly affected by rising interest rates, it’s something that distributors and suppliers are likely already considering if they rely heavily on those clients.

On the other hand, manufacturing and importing out of China are economic issues that are more difficult to forecast for suppliers, yet still trending in a positive direction.

“Ocean and air shipping costs have been extremely high and unlike production costs, difficult to forecast months out,” Harris says. “However, we are now seeing both mitigate somewhat and after the Chinese New Year, we expect to see them reduced further.”

Stateside, however, transportation costs have not decreased amid inflation, according to Jo-an Lantz, president and CEO of Geiger.

"I read that global transportation costs are decreasing," Lantz says. "We haven't seen this reflected in either product costs or domestic transportation."

Still, if projections about the leveling off of inflation do play out, the promo industry will be focused on a new set of economic factors next year.

“Freight, currency and borrowing considerations will be far more important metrics for the promotional products industry in 2023 than the rate of inflation,” Harris says.