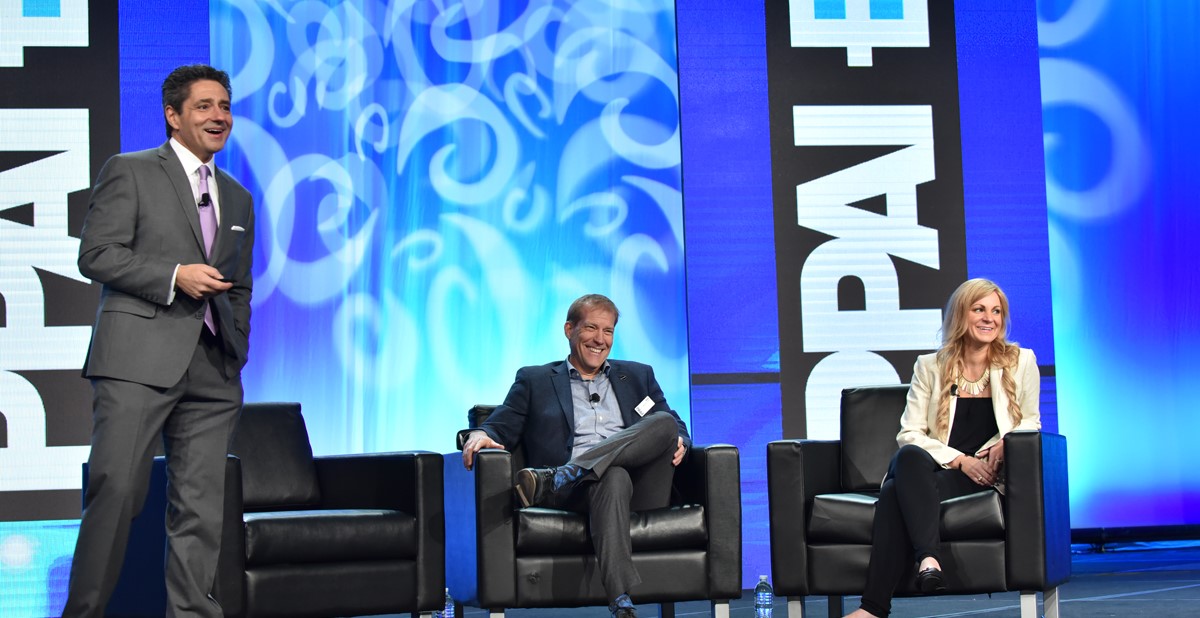 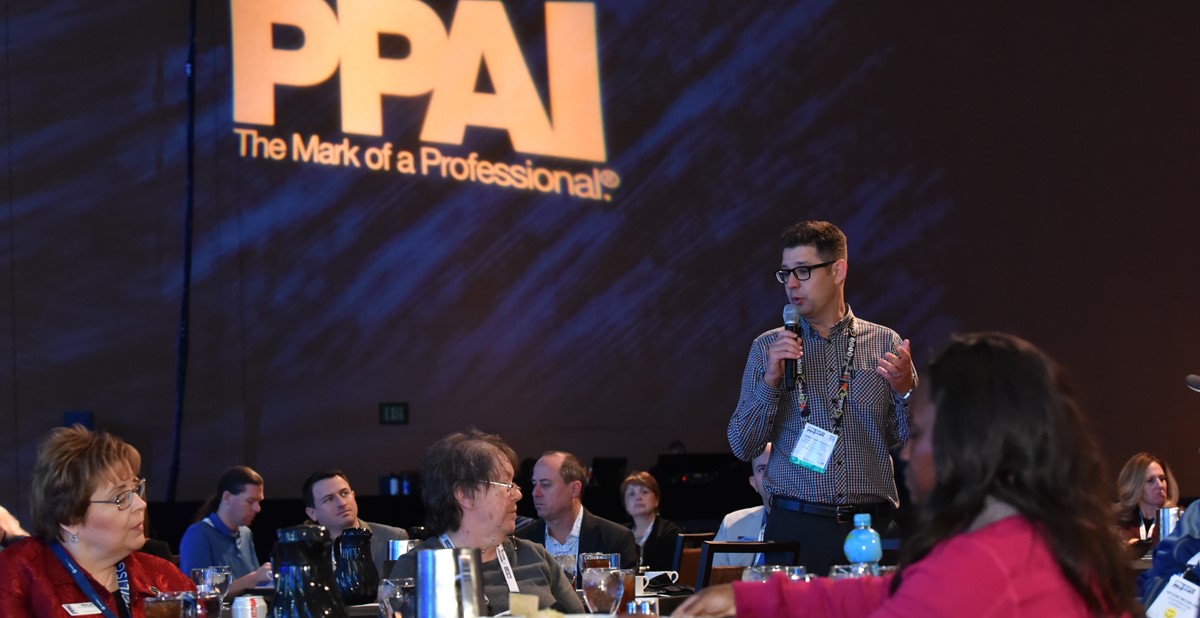 Expo attendees gathered for a luncheon on Wednesday where PPAI President and CEO Paul Bellantone, CAE, provided updates and plans for the Association, afterwards opening the floor for a Q&A. The dialogue was an extension of topics discussed earlier in the week, including changes to the governance structure of the PPAI Board of Directors election process, strategic foresight and the new partnership between PPAI, SAGE and Promotional Products Professionals of Canada (PPPC). Bellantone was later joined onstage by Dale Denham, MAS+, chair of the PPAI Board of Directors, and Brittany David, MAS, incoming chair of the board.

As part of the Association’s forward-moving plan, Bellantone noted all-encompassing goals as using strategic foresight as a guide, and having the confidence and courage to evolve and embrace change. He noted the growth of PPAI membership, which has almost reached 16,000. Areas of focus include investing in PPAI’s industry directory and data cleanup, along with providing reports on the state of the industry, which are free to members. Currently, research is the third most-visited site on the PPAI website. “The more input we have into our research, the more informative and valuable our research is,” says Bellantone. “We don’t add members for the sake of adding members. We add members to access the resources to learn all that we need about the industry.”

Bellantone provided an overview about the incorporation of popups this year onto the show floor. “We can actually heat map the show floor to see where people are spending their time,” he says. The popups allow PPAI to transform a slow spot on the show floor into an area of concentration. Going forward, PPAI is open to new ideas for popups in future shows, Bellantone says.

Strategic foresight was a huge component of the conversation, with Bellantone asking the audience, “If you would have known about this thing called ‘Amazon’ 10 or 20 years ago, what would you have done differently in your business?” He says the industry has, thus far, been slow to prepare businesses for new technologies and innovations, which strategic foresight is designed to resolve. “The Board made a commitment to never let that happen again,” he says.

Another area of focus includes education, which has grown exponentially over the past year. This includes the more frequent use of micro-learning—a process where students are provided information and given periodic quizzes to strengthen their knowledge—and a more inclusive certification process for those pursuing advanced credentials. “We serve our members best when we serve the industry first,” Bellantone says. “But we serve our members best when the entire industry is educated.”

When Bellantone asked about the audience’s experience with Monday’s education sessions, they responded with a round of applause. According to Bellantone, more than 1,000 attendees participated in the sessions. “I think the biggest problem we had with education this year was our sold-out classrooms,” he says.

Further areas of development include strengthening the relationship with PPPC, led by President and CEO Jonathan Strauss. “I think there are probably close to 600 Canadians here on the show floor,” Strauss says of the 2019 Expo. The Association will also continue working toward the development of a health care plan for its members. “The Board of Directors just approved funding for us to hire consultants to see if we can offer an Association health plan,” Bellantone says, which he describes as another measure of strategic foresight.

Before opening up the program for questions, he told his audience, “ “You’re the workers, you’re the owners and you’re the members,” he says. “We’re always going to manage your mind, manage your money and manage your resources well.”