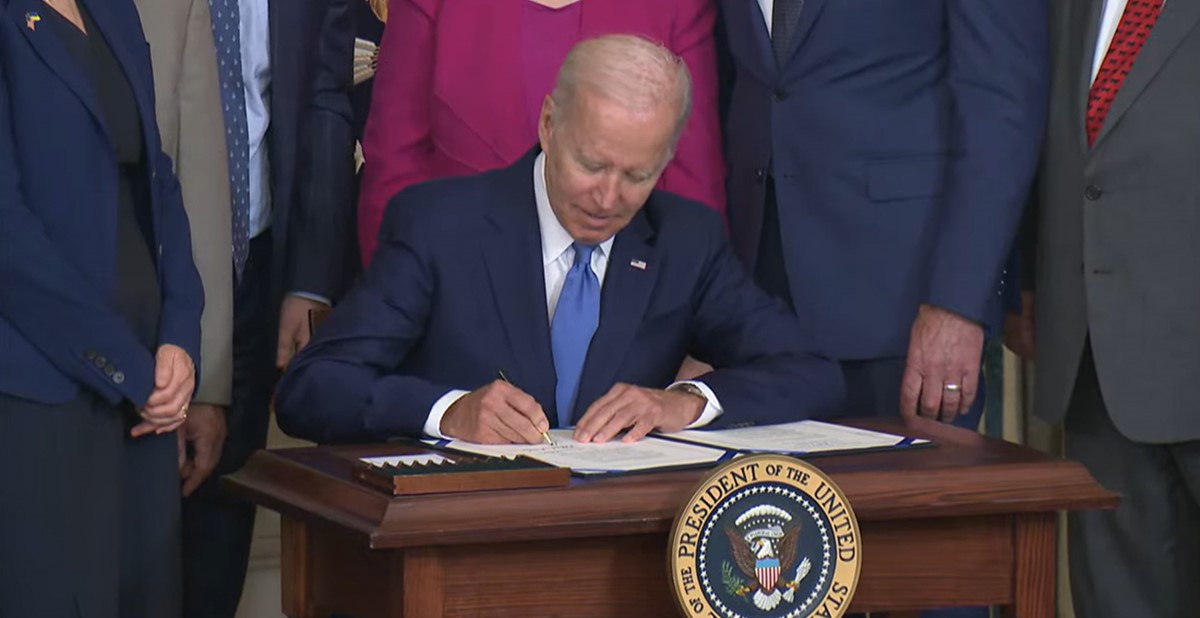 President Biden signed the Ocean Shipping Reform Act into law today at the White House. The final bill passed the House with bipartisan support—369 to 42—on Tuesday.

The Ocean Shipping Reform Act of 2022 (OSRA) implements common-sense reforms to address long-standing issues in the maritime shipping industry that have exacerbated supply chain disruptions, particularly during the pandemic.

President Biden held a signing ceremony at the White House for the Ocean Shipping Reform Act of 2022 (OSRA). He was joined at the event by several lawmakers and business leaders. American Farm Bureau Federation President Zippy Duval, who shared a few words before the President spoke, noted, “It is time to get the American supply chain rolling again."

Speaking on the legislation before the signing, President Biden said, “In short, it’s going to lower shipping costs and bring down the prices on everything from goods and services, the products that American families need and on what they make to import as well as export. And to ensure that American farmers, ranchers and other exporters are treated fairly.”

President Biden was joined on the dais for the bill’s signing by Duval; the lawmakers recognized during his speech; Wade Miquelon, CEO of Joann Stores; Daniel B. Maffei, chair of the Federal Maritime Commission; and Secretary of Transportation Pete Buttigieg.

The maritime shipping reform issue has been on PPAI’s radar for some time, and the Association has been tracking OSRA through its passage through Congress.

“As a result of the current supply chain disruptions, we are facing significant delays in moving and receiving our cargo promptly,” says Anne Stone, CAE, PPAI director of advocacy and member engagement. “We are witnessing the demand for finished goods and inputs to production outpacing the supply of equipment, labor and vessel space, resulting in significant congestion and increased costs and fees.”

OSRA was one of the key points of discussion at last week’s Legislative Education and Action Day (L.E.A.D.)

“We are gratified by the passage of the Ocean Shipping Reform Act of 2021,” says Stone. “OSRA will implement common-sense reforms to address long-standing issues in the maritime shipping industry, which have been highlighted by the COVID-19 pandemic. This law will add clarification related to detention and demurrage charges, establish minimum service requirements for contracts to ensure that freight is not unreasonably refused, provide new enforcement tools to the Federal Maritime Commission, and ensures anti-retaliatory safeguards to protect those who file complaints with the FMC.

“Our hope is that the passage of this law will begin to ease some of our supply chain challenges and we are grateful for our PPAI members who contacted their members of Congress during LEAD and encouraged them to support this legislation.”

OSRA tackles significant issues facing cargo owners and other supply chain stakeholders. Among those highlighted by PPAI and its partners are:

Inside The Leadership Transition At Galaxy Balloons

PromoWire (12/6-12/7): Notes And News Releases From Around The Industry

Products That Sizzle Like Pantone’s 2023 Color Of The Year