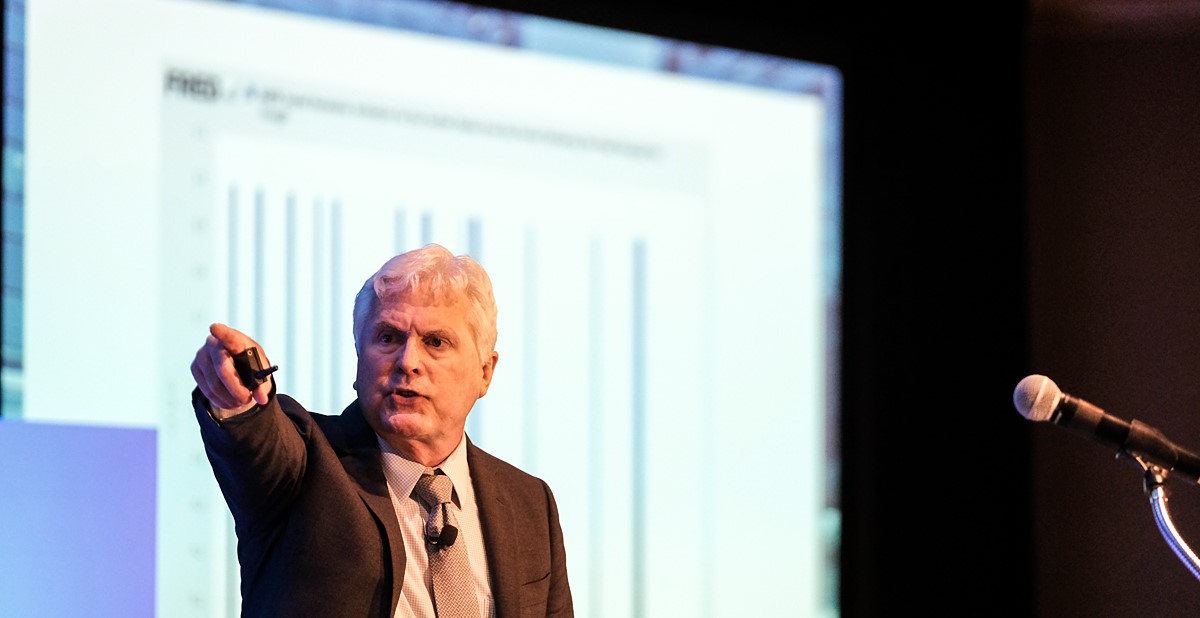 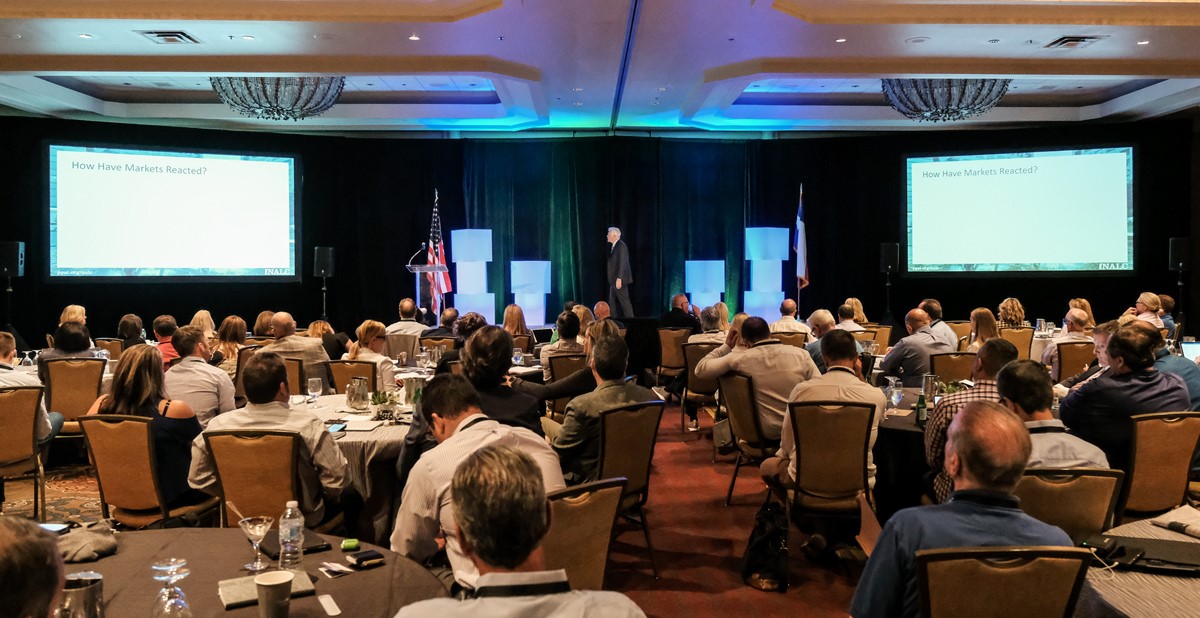 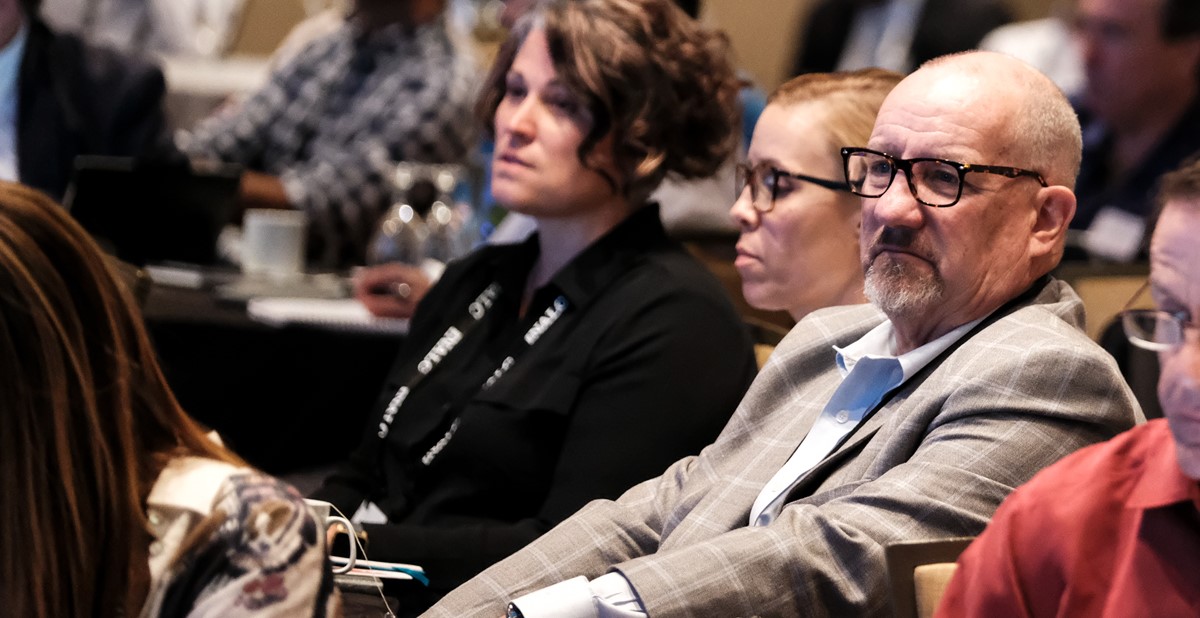 The opening day of PPAI’s 2019 NALC included the session, Making (Some) Sense of the Economy, presented by Michael L. Davis, Ph.D., of the Cox School of Business at Southern Methodist University in Dallas, Texas. In his profession, Davis specializes in the juncture of government and business, and is an expert in economic theory, bringing his expertise to the 150-member NALC audience to discuss economic trends and predictions.

Davis started his talk with the statement, “I don’t believe in macroeconomic forecasting.” It’s difficult to predict the precise actions of such a complex community, though it is possible, he said, to use what’s happened in the past as a lens for the future. He provided an overview of the U.S. economy, focusing on the pattern of recessions. “Recession has a negative connotation, but it’s a bit more complicated,” he said. His explanation started by describing the country’s worst economic downturn in history, the Great Depression, which began after the stock market crash in October 1929 and saw a peak unemployment rate of nearly 25 percent, or one out of four Americans, in 1933. He also discussed the second-worst downturn from December 2007 through June 2009, dubbed the Great Recession, which saw an unemployment rate of slightly over 10 percent. But something to gain from the data, he says, was not the extent of damage caused, but that the U.S. saw historic recovery following the Great Recession—so strong that the nation hasn’t seen a recession in more than 10 years.

Davis believes that in other to remain ahead of the curve, economists and business professionals must remain aware of what caused earlier recessions, and what could lead to one now. “It is just wrong to think that whatever we’re doing now is keeping this recovery strong,” he said. He went on to explain the common speculation that the 2007 recession was caused by negligent lending and the housing crisis, but Davis says this only explains a small portion of what happened. “If we don’t even understand how we got into that mess, we won’t be able to implement policies today to keep us safe.”

Does the fact that the country has seen such a long period without economic downturn mean there’s one over the horizon? The notion that it does, Davis explains, is recognized as the “we’re due theory,” but many economists, like himself, do not believe this to be fact. Other economists believe that “good times can be bad for your economic health,” he explained, and there are, indeed, three things that happened while the economy was good that may make the economy vulnerable to another recession: people forget past lessons learned about how destructive some economic regulations can be; people forget when it is time to borrow and when borrowing is a poor idea; and people forget the difficulty of establishing mutually beneficial relationships with trading partners. Davis also said, “We’ve seen a real challenge to globalization, not just in the United States, but in other parts of the world as well. I think we’ve forgotten how great globalization is and how difficult it is to establish global trading relationships.”

Davis touched on a number of other topics. He explained that the Trump Administration promised less regulation, but that economic regulation, overall, is much greater than it used to be, which, indeed, affects business. “You are allowed to have your own views on the wisdom of regulation, but you are not allowed to think that such regulations do not impose serious costs on businesses,” he said. “The sheer volume of regulation and the threat of future regulations has a huge impact on what has happened and what will happen. If you’re looking at things that have happened over the years that make us more vulnerable to economic outcomes, turn to this.”

He explained that cities nationwide are becoming increasingly subject to zoning and land restrictions, which affects the economy both on a local and national scale. San Francisco is known for being costly, but, Davis says, it’s because San Francisco does not have high rises, which is not due to fear of fault lines and earthquakes—the common misconception—but, rather, increasing land use regulations. He touched on debt, explaining that “public debt has risen enormously,” which has led to a debt-to-funds-transfer-pricing ratio that’s nearly double what it was closer to 2000. “American consumers are using their credit cards, they’re buying expensive cars … this increase in private debt is just an echo of what we’ve seen on the public side.” He also discussed the Green New Deal, which is a proposed U.S. economic stimulus package that is intended to resolve climate change and financial inequality, incorporating solutions like renewable energy. “What you have to understand is if the New Deal was passed, it would be a game-changer,” he says. “It would change the way government relates to business.” If passed, Davis said, it would cost the country upwards of $7 trillion annually, or one-third of the gross domestic product.

And, of course, Davis touched on trade and tariffs—an issue that is certainly top of mind of those in the promotional products industry. Discussing the August 1 announcement of another 10 percent tariffs on Chinese goods, Davis said, “Tariffs are disrupting established supply chains and trading relationships. These took years to establish and many years to restore.” As a result of this uncertainty, he speculated that “the trade war could get much worse,” and that there is much ambiguity going forward.

Considering the potential factors that may influence the state of the economy in coming years, Davis’s outlook for the long-term is “relatively positive,” though he feels “kind of pessimistic” about the short term. In the long term, he says the dropping rate of poverty, coupled with the limitless potential of technology, will positively impact the economy. He closed his talk with a more general look at the progression of generations over time, with beliefs that generations of the future will greatly prosper from developments, just as generations of the past. “Much of my optimism about the future is based on the fact that things have been getting better for a long time,” he says. A Baby Boomer himself, Davis explained that his life is better than that of his parents—he has cell phones, air conditioning and the internet, while they had party lines and experienced the direct changes stemming from World War II. The takeaway message was that although the economy will continue to change and is oftentimes challenging to predict, professionals must refer to the past as a guide for the future, be sure not to make the same mistakes twice, and although the future economic outlook appears bright, prepare your business for the possibility of a downward swing.