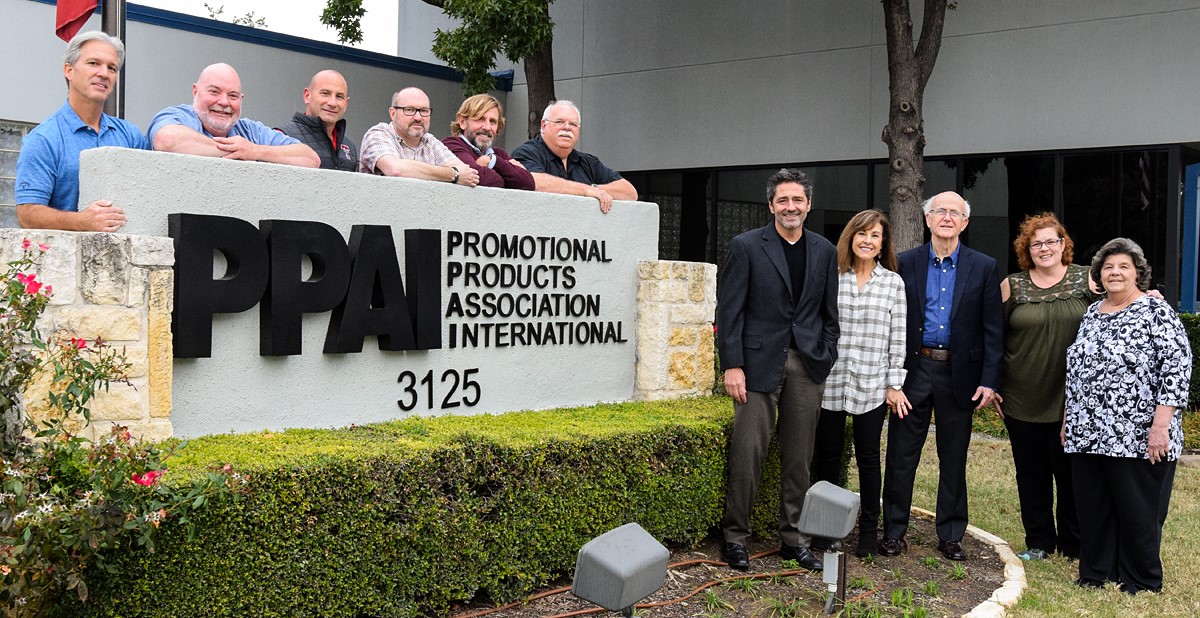 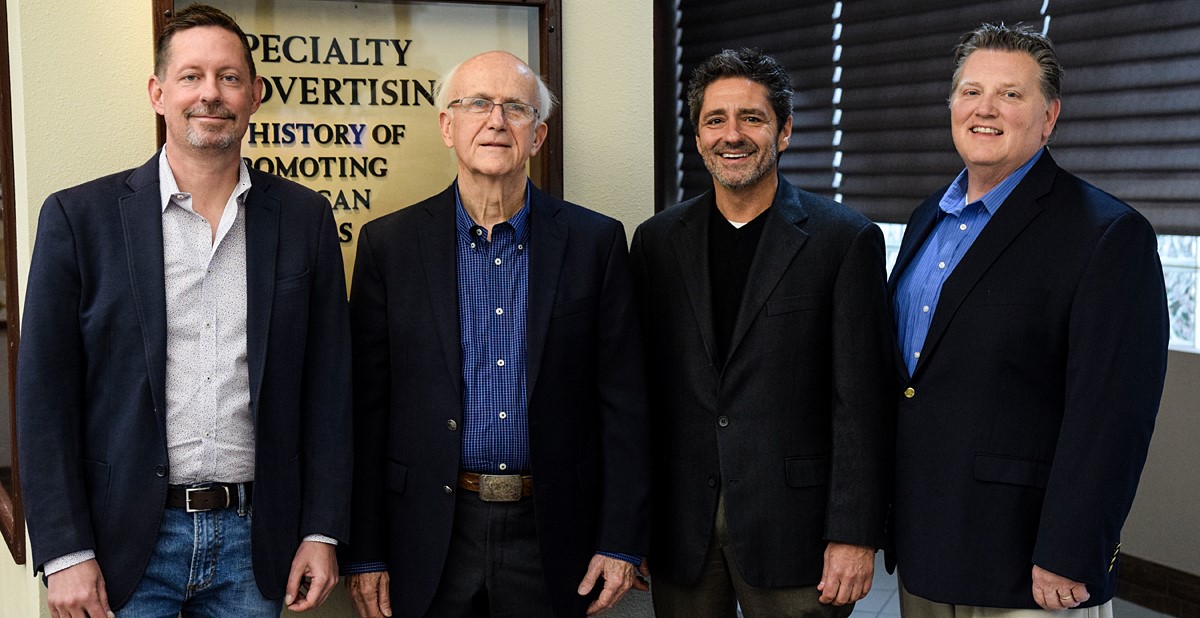 This week, PPAI hosted a visit from David Woods, MAS, retired president and CEO of Neenah, Wisconsin, distributor AIA Corporation, and former COO at PPAI. Woods, along with the late Janelle Nevins, will be inducted into the 2018 PPAI Hall of Fame during the Chairman’s Leadership Dinner on January 15, 2018, at the PPAI Expo in Las Vegas.

In 2002, following a long tenure as president of distributor Lee Wayne Corporation, Woods was asked to join PPAI as COO while the Association was moving The PPAI Expo from Dallas to Las Vegas. He oversaw internal operations of the Association during the move, freeing up its leadership team to manage the intricacies of establishing Expo in Las Vegas, before being recruited in 2003 by 4imprint to stabilize and turn around AIA, then known as Adventures In Advertising. While at PPAI’s Irving, Texas, headquarters, Woods met with the Association’s staff and leadership and visited with former colleagues.

Purchase tickets to the Chairman’s Leadership Dinner when you register for The PPAI Expo at expo.ppai.org, and read more about Woods and his contributions to the industry in PPB’s January cover story.

filed under November 2017 | The PPAI Expo 2018 | PPAI Hall of Fame
Read time:
words
Comments (3)
Joel Jahns
Very deserving of this honor and a class act. Glad his time in the industry intersected with mine. Congratulations David!
Eric Ekstrand, MAS+
One of our Industries best! What an honor-see you at the Chair's Dinner.
Jae M. Rang, MAS
David Woods is a leader of leaders and I am thrilled we'll be honoring him with this PPAI H of F induction at EXPO. Congratulations, David!
Leave a reply