Market To Market: Power To The People 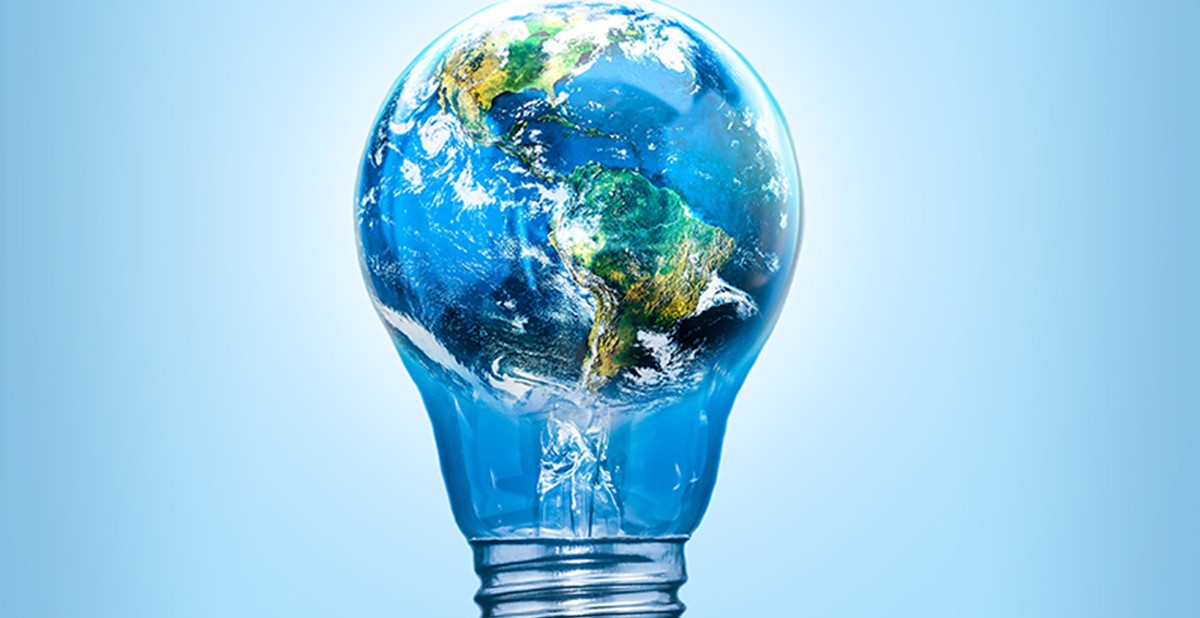 Life takes energy, from the appliances and electronics we use to how we heat and light our homes and businesses. In an expanding global economy, energy consumption is on the rise. In the past 50 years, global energy demand has tripled, according to the International Energy Agency. Demand is projected to triple again over the next 30 years, with the United States, China and India accounting for nearly 70 percent of this demand.

Currently, the world’s population consumes 15 terawatts of power a year. To give some meaning to this number, think about it in terms of watts. Most lightbulbs consume 100 watts of energy. According to the Steacie Institute for Molecular Sciences, a single terawatt is enough to power about 10 billion 100-watt lightbulbs simultaneously.

While this provides some perspective, it doesn’t illuminate the whole picture. Energy usage isn’t just shown by an electricity bill or how much it costs to grab a coffee. When you stop for that coffee, you’re also paying for the energy it took for the entire process—from bean to brew.

From residential rooftop panels to massive solar farms, the solar industry is making big strides in the energy market. The Energy Information Administration reports that in 2018, large-scale plants generated 63 billion kilowatt-hours of power, with smaller systems, such as rooftop installations, adding another 30 billion kilowatt-hours.

This year in the U.S., the number of solar installations surpassed two million, according to the Solar Energy Industries Association. This milestone came just three years after the industry completed its millionth installation—an accomplishment that took 40 years to achieve. By 2021, analysts project the U.S. to reach three million solar installations and four million by 2023.

Wind also has tremendous power potential. U.S. wind power has more than tripled over the past decade, according to the American Wind Energy Association. Last year, wind energy generated 6.5 percent of the country’s electricity, which is enough to power 26 million homes. By 2030, the U.S. Department of Energy projects that wind could provide 20 percent of U.S. electricity, with this number jumping to 35 percent by 2050.

Companies in the energy market can use promotional products to shine a light on their advancements and offerings. They can also teach customers how to scale back on their energy usage and reduce their carbon footprint. Whether customers are choosing an electricity provider or deciding whether to install solar panels, thoughtfully chosen, relevant and useful promotional items can light the way to better choices.

People may not always think about their energy usage when they flip on a light or charge their phone, but they remember—and keep—promotional products. Read on to learn more about the energy market and discover a lightbulb moment for your energy campaigns.

A functional gift for energy executives, the Niagara Canyon Duffel features a padded side pocket for a tablet or phone, an adjustable, removable shoulder strap and five brass-bottom feet. Get it with a laser-etch imprint with a minimum quantity of one. 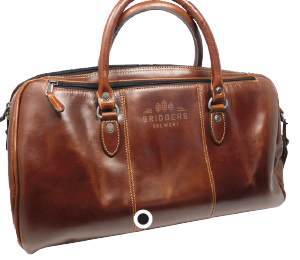 Glow anywhere with the Luci Connect, a smart mobile light that recharges in 14 hours of direct sunlight and illuminates up to 24 hours. It’s lightweight, collapsible and durable, making it a must-have for outdoor adventures. 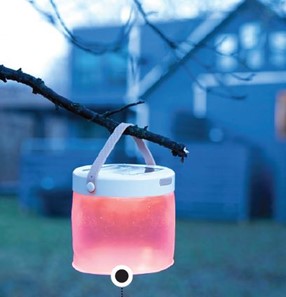 Help consumers warm up to your client’s brand with the rechargeable hand warmer. With three heat settings and phone-charging capabilities, it comes in handy at any frosty outdoor activity. 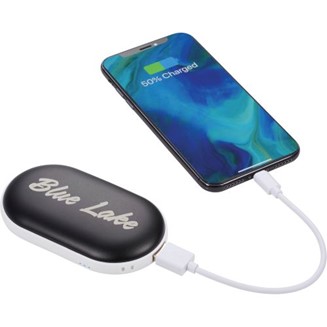 Educate community members at fairs and festivals with information wheels featuring environmental information and tips. Add a magnet to keep it handy on family fridges. 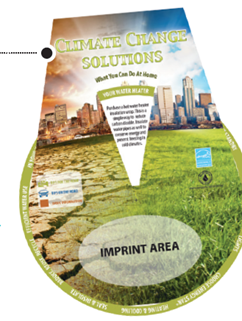 When they’re working in the field, those in the energy industry can slip on the fingerless LED flashlight glove for hands-free lighting. It’s small, lightweight and easy to use, giving workers free use of their hands. 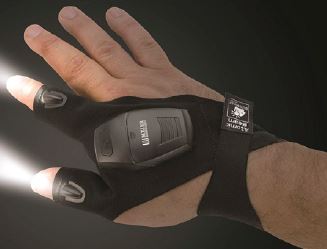 A global network of energy-from-waste facilities was launching an initiative to attract high-potential employees. The facilities wanted to impress upon candidates the network’s core belief that employee talent is the utmost key to success. Their plan was to market at job fairs and environmental engineering schools. They wanted a pen with a high-perceived value to get their career website address into potential workers’ hands.

Knowing they wanted something that future employees would retain, they chose the Ombre executive pen, which features a modern, streamlined construction and a high-end writing experience. The pen features hybrid ink in a fine-point laydown, both of which are popular with the young engineers and environmental workers they wanted to attract. Traffic to the company’s career website increased dramatically, producing a large crop of passionate, highly motivated and conscientious candidates. 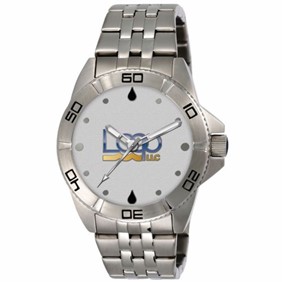 In 2015, Loop, LLC, a Louisiana oil storage and distribution company, handled its 10 billionth barrel of oil. Ten billion barrels is a massive amount of crude flowing through one location and Loop wanted to commemorate the event with all its stakeholders who had helped make the 10th billion a reality. For such a big accomplishment, Loop needed an item that could show off its logo, tie in the oil theme and still allow space to commemorate the milestone.

Loop chose Selco’s best-selling W1504 men’s and W1554 ladies’ Remington watch. The company used a custom die-struck medallion with a two-color half-tone pad print to show off its distinctive logo and added two drops at the 12:00 and 6:00 markers to symbolize drops of oil. On the top of the caseback, Selco engraved “Loop's Ten Billionth Barrel of Crude Offloaded 3/28/15.” At the bottom, Selco engraved “Loop Storage Futures 3/31/15.”

The commemorative watch was important to Loop management, so Selco produced pre-production samples of both the men’s and women’s styles. Upon seeing the finished watch, management knew they had exactly what they wanted to commemorate their incredible achievement. Selco produced 200 men’s and 50 ladies’ watches to present to employees, board of directors and members of the management teams of the partner companies that owned Loop. The all-steel watch was a lasting reminder of what these 250 people accomplished together.

We’re in the middle of a clean energy revolution. Nearly three in four Americans think the U.S. should produce all its energy from renewable energy sources, according to market research firm Maslansky & Partners. More than half think renewables are a good idea even if they raise energy bills.

Consumers aren’t the only ones pushing for clean energy. A record number of companies are also committing to moving toward renewable energy. Last year was a banner year for U.S. corporations, which purchased a record 6.43 gigawatts of renewable power, according to the World Resources Institute. This is enough to power more than 1.5 million American homes each year and more than double the previous record of 3.22 gigawatts in 2015. Currently, 53 Fortune 500 companies have 100-percent renewable energy goals, compared to just 23 companies with the same target in 2017.

When it comes to clean energy in individual cities, opportunities abound. A National Renewable Energy Laboratory study estimates that small-building rooftops alone can host enough solar energy to cover the annual electricity needs of more than 121 million American homes. In the coming years, the challenge for those in the energy sector is to meet the growing demand for reliable, affordable and clean energy.

These cities are deemed “Solar Stars” by Environment America:

Here's where the world gets its energy:

Wind For The Win

The U.S. is the world’s largest electricity consumer when it comes to energy use per capita. Most Americans use 41 percent of their energy on space heating and 35 percent on appliances, electronics and lighting. The average U.S. residential customer uses approximately 909 kilowatt-hours (kWh) per month. However, residents in some states use more electricity than others. These are the top 10 states in average household consumption in kWh per month:

These are America’s 10 biggest electricity providers in terms of market value in billions: