Market To Market: Connecting To The College Market 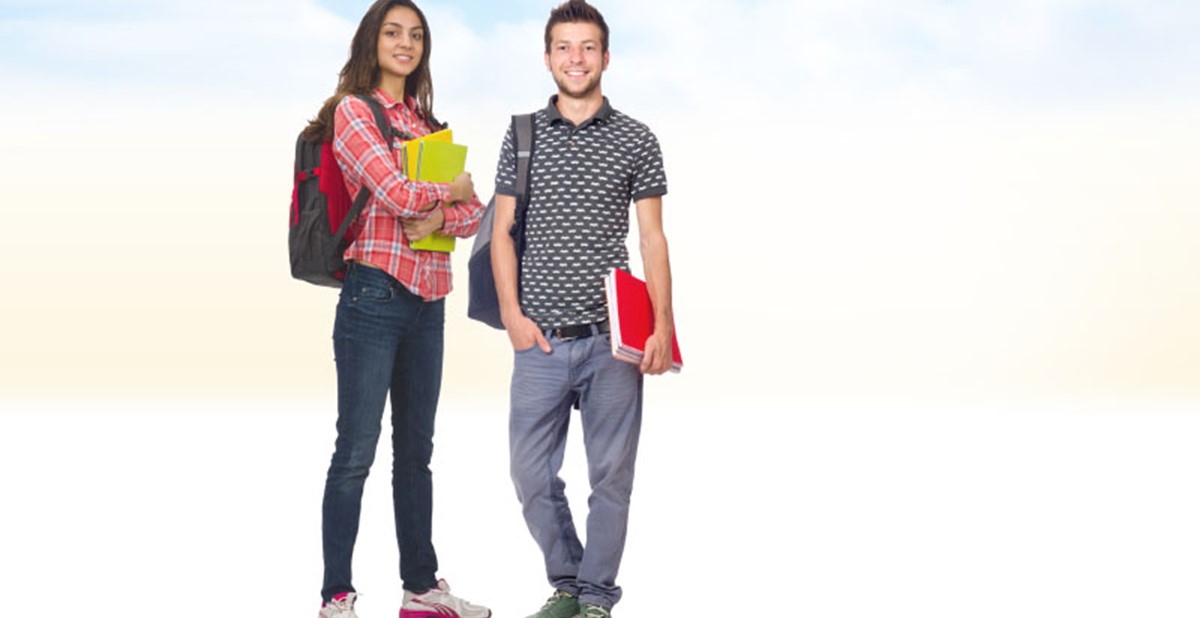 More people than ever are pursuing higher education. Just over a third of American adults possess a four-year college degree, the highest level ever recorded by the U.S. Census Bureau, and 12 percent have an advanced degree such as a master’s or doctorate.

A decade ago, only 28 percent of Americans held a college degree. In 1940, when the Census Bureau began asking respondents about their education levels, just 4.6 percent had a four-year degree.

With billions of financial aid dollars on the table, earning a college degree isn’t just appealing but also more attainable to a wider swath of students. About 85 percent of students receive some form of financial aid, according to the National Center for Education Statistics (NCES). The U.S. Department of Education estimates that $46 billion in grants and scholarships are awarded every year in addition to $3.3 billion in private gift aid.

Colleges and universities are wise to turn to promotional products to boost enrollment, rally school spirit and engage students, alumni, parents and fans. The education market stands at the No. 2 spot among the top industries purchasing promotional products, according to PPAI’s 2017 Sales Volume Study. In 2017, promotional products sales came in at an estimated $23.3 billion, with education accounting for 9.3 percent of total sales.

Peter Luchak, president of distributor Campus Promotions, Inc. in London, Ontario, has worked with clients in the education market for more than three decades and has seen university and college campaigns grow increasingly ambitious. “Campaigns are larger and ongoing, many without a foreseeable end date,” he says. “There is a huge pool of donors that have not traditionally been engaged, and the challenge now is to reach out and connect with them.”

By using promotional products, degree-granting institutions can engage individuals at every stage of the educational journey, from that first campus tour to when they enter the workforce as new graduates. Keep reading to take a deeper look at the college and university market: its potential for business, the challenges it is facing and the potential and opportunities it brings promotional professionals.

Promote campus safety with the safety alarm key chain, which attaches to backpacks, purses or car keys. It’s designed with a built-in LED light and an alarm that blares sound up to 225 feet when users pull the pin. 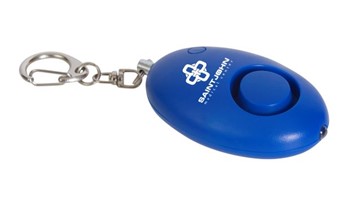 Schools can plug into their student population with the Maxx charging cable set. This handy three-in-one cable set includes a convenient carabiner clip for attaching to laptop bags or backpacks. 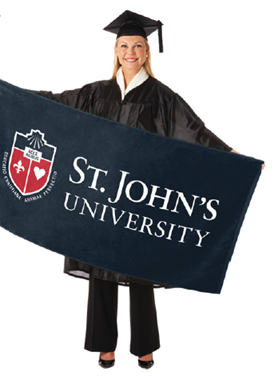 Wrap up a winning promotion with the sweatshirt blanket, which is ideal for watching the game at the stadium or throwing on the bed in a dorm room. Schools can print a logo or add signatures to turn it into a sentimental keepsake. 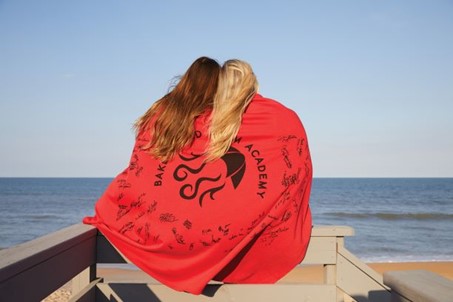 The HotLine journal makes a useful academic giveaway at college fairs or freshman orientation. The entire front and back cover can be designed in full color to feature a school’s name, logo or mascot. Customize the journal’s 34 pages for an added touch. 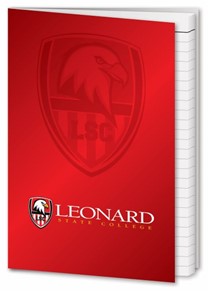 Students can pull on the pullover hood and head to class or the game in comfortable style. Available in six colors, this lightly heathered fleece features yarn-dyed stripes on the cuffs and waist along with a pouch pocket. 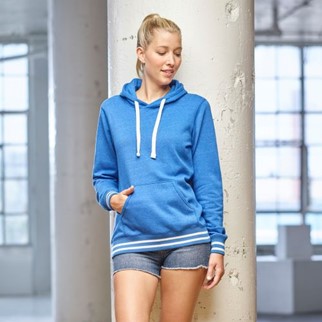 It looks and feels like a traditional notebook, but the Everlast smart notebook is endlessly reusable and allows students to send their notes straight to the cloud. Pages wipe clean with a damp cloth. 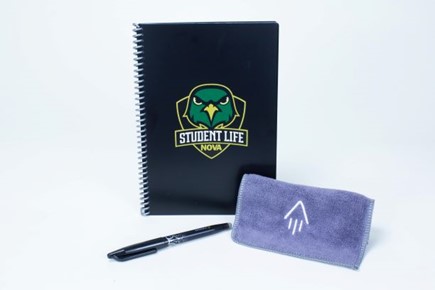 Colleges and universities can hand out the Frolico hybrid ink pen for smooth writing in quick-drying, no-smear ink. A jumbo comfort grip coordinates with the pen’s vivid translucent color. 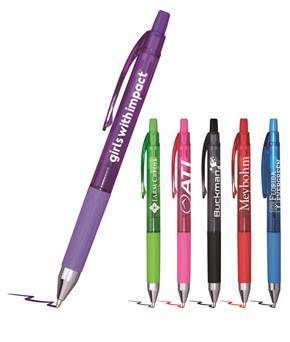 Schools can give students or prospective students a high-impact gift with the Bontsu seamless multifunctional headwear, which can be used as a headband, face shield, bandana, hair scrunchie or sweatband. This gaiter-style headwear features full sublimation on both sides. 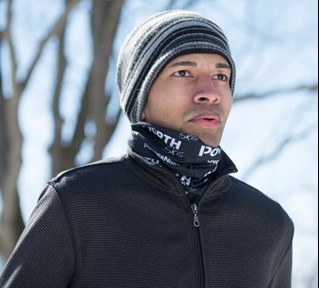 Colleges and universities can give custom coins to incoming freshmen or graduating seniors for an impactful gift that instills school pride. 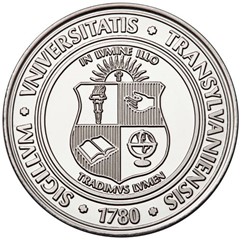 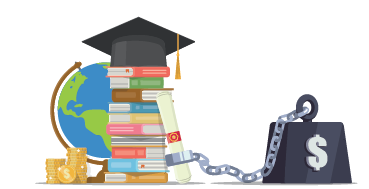 Younger Americans, those between the ages of 25 and 34, are the most likely to hold a four-year degree, with 37 percent possessing at least a bachelor’s degree, according to the U.S. Census Bureau. Thirty percent of those 55 and older have a four-year degree. Women are also slightly more likely than men, by about half a percentage point, to have graduated from college.

While more degree seekers are heading to colleges and universities, they’re accruing massive debt in the process. Student loan debt reached record levels in 2018, topping $1.36 trillion, according to Experian. Since 2008, student loan debt has increased 129 percent nationwide, representing the second-largest credit debt for Americans, behind only mortgage loans. In 2016, the average college graduate had amassed a debt of more than $37,000.

Colleges are also facing challenges, including rising costs, diminishing state support and a growing population of students who bypass the traditional college route in favor of online degrees. As a result, enrollment is shrinking at many American colleges. Between 2011 and 2013, enrollment at U.S. colleges declined by nearly one million students. Just a few years earlier, college enrollment spiked by 54 percent. Between 1990 and 2011, the student population skyrocketed from 12 million to 18.5 million.

With fewer students, schools receive fewer tuition dollars and must innovate to make money. Some schools offer tuition discounts while other schools have even put dorms on Airbnb to make a profit over the summer months, according to NPR.

While physical campuses might be struggling, online enrollment numbers continue to rise. At least a third of students take at least one online class and one in six students take classes exclusively online, according to the NCES.

Wells Fargo data reveals that room and board costs add up to $9,000 per year.

Depending on courses, books and supplies, this can top $1,500.

Students also need to stock up on a laptop and basic dorm essentials, which can tack on several hundred or thousand dollars to their college expenses.

Necessities such as phone service and groceries can easily add up to $2,000 a year.

Traveling to and from campus or back home for breaks adds $1,000 a year or more.

Students typically spend around $500 in miscellaneous fees such as parking stickers and sports. 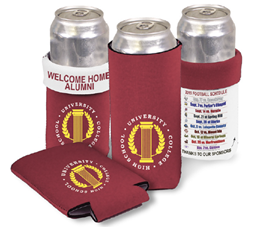 Peter Luchak of Campus Promotions, Inc. put a new spin on a classic product that’s ideal for college and university promotions. The patented Crafty Can Cooler (C3) is a high-quality neoprene beverage insulator that folds down, making it easy to hand out and even easier to stash in a pocket or purse. “We call it the C3, because you can see three logos,” explains Luchak. “One on the main body, one when you roll down the rim and one when you reverse it.”

We asked Luchak, who started Campus Promotions in 1982, for some insight on how the college market has evolved in the past 30-plus years. He says these are some of the market’s seismic shifts:

“Back in the day, colleges and universities were either local or national institutions. Today they are global and international in scope. Distributors need to keep this in mind. Universities are now trying to brand themselves globally, recruit the finest faculty and appeal to the most ideal students worldwide. Marketing initiatives and products must extend and be relevant to this global reach.”

“When I started college in the late 1970s, no one wore logos and if they did, it did not cost extra to wear them. Now, most collegiate logos are licensed and have become a $4.65 billion wholesale business. Licensing has built new revenue streams for schools, and it is a big long-term business because a student’s connection begins their first day of school and lasts a lifetime. For many, the connection to college is their connection to the best years of their lives.”

“We used to rely on word of mouth, the local paper, bulletin boards and campus news to stay current. Social media changed this, as platforms such as Facebook, Twitter and Instagram made the sharing of information instantaneous. It allows us to connect entire communities (alumni, administration, students and boosters) for both the good and sometimes, the not so good. Social media is a tool that can be used to build relationships and a platform for people to share their message.”

A greater need for engagement

“As a place of higher learning, campuses have been on the cutting edge of dialogue and discussion for many of the issues and challenges facing modern civilization, both on the individual level and society in general. They cover a range of topics—from mental health to gender inequality to cultural diversity—which are proportional to the vast variety of products available in the promotional product industry. Distributors can take advantage of the many opportunities to raise awareness for these issues through the many different products available to them."