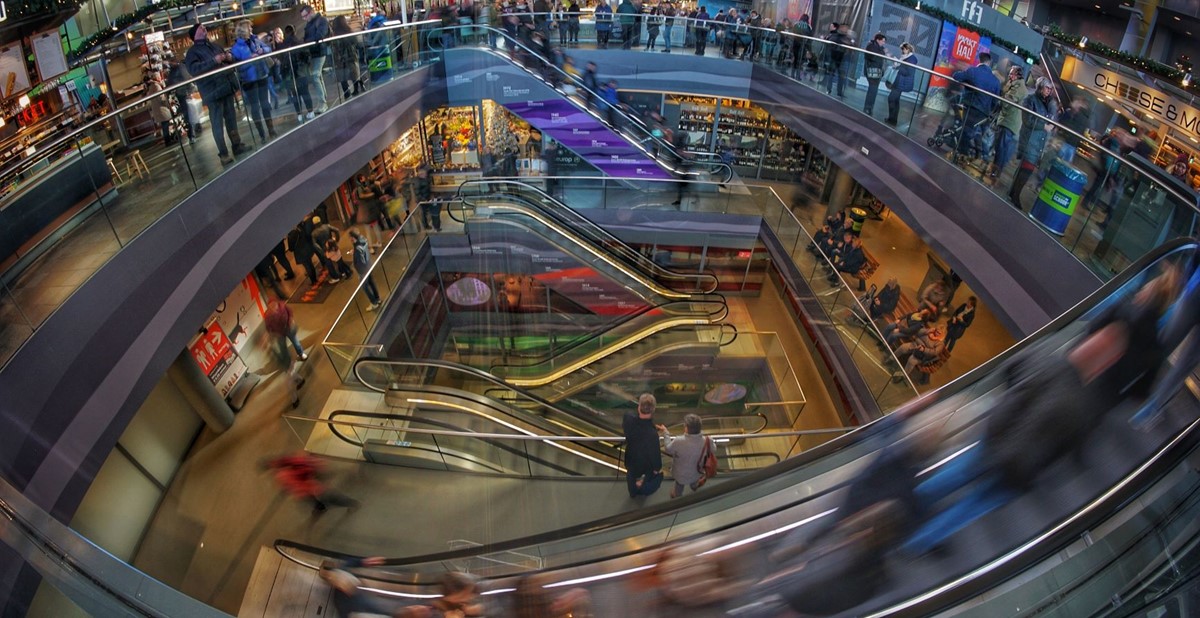 Get ready marketers. According to a report by management consulting company A.T. Kearny, influence is the new affluence. The report, America’s Next Commercial Revolution: Influence vs. Affluence, defines how influence, personalization and trust have replaced the traditional methods of growth: mass production, distribution and media models. Simply put, the study shows the voice(s) of an individual or group (influence) is overpowering affluence (value) when it comes to selling products. And according to A.T. Kearny, this change is so major, companies that don’t adapt will eventually fail.

The shift was driven by changes in demographics, values and technology. Under the affluence model, finances controlled the market, and a company’s performance was defined by profits, market share and revenue periods throughout the year. When change was enforced internally, it was through a top-down structure, and companies invested heavily in marketing tools designed to connect consumers’ purchases with their pride and self-worth. Now, under the influence model, the market is driven by consumers, with people singlehandedly stirring change and building online networks that influence their friends and families, along with the government, brands and the media. Also, unlike the affluence model, influencers don’t have to be financially powerful to evoke change, as it’s driven by values. 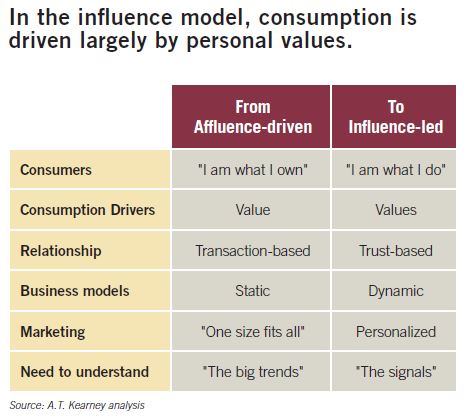 The report also looks at the three drivers of change: demographics, values and connectivity. We’ll focus on the first two drivers, as connectivity—referring to the population of Americans who are plugged into the internet—was briefly covered in the report.

Values. In the report, “values” are defined as “the relationship between an object or service and its price.” Under the affluence model, consumers believed some brands had more value than others, which accounted for price difference. When an expensive purchase was made, like a designer handbag or sunglasses, consumers felt a sense of pride for owning the possession. Under the influence model, consumers determine the value of the product according to how well that product matches their personal values. This is why consumers today are concerned with where and how a company sources its raw materials, rightful and safe labor practices and even the political affiliation of company leaders. This is also why consumers prefer experiences over products—like using ride-sharing apps rather than purchasing a vehicle—referred to as the NOwnership model.

To prepare for this shift and welcome disruption as a motivator for innovation, A.T. Kearny recommends these five steps for companies.