Management: Self-Awareness And Coachability: The Two Most Important Leadership Traits 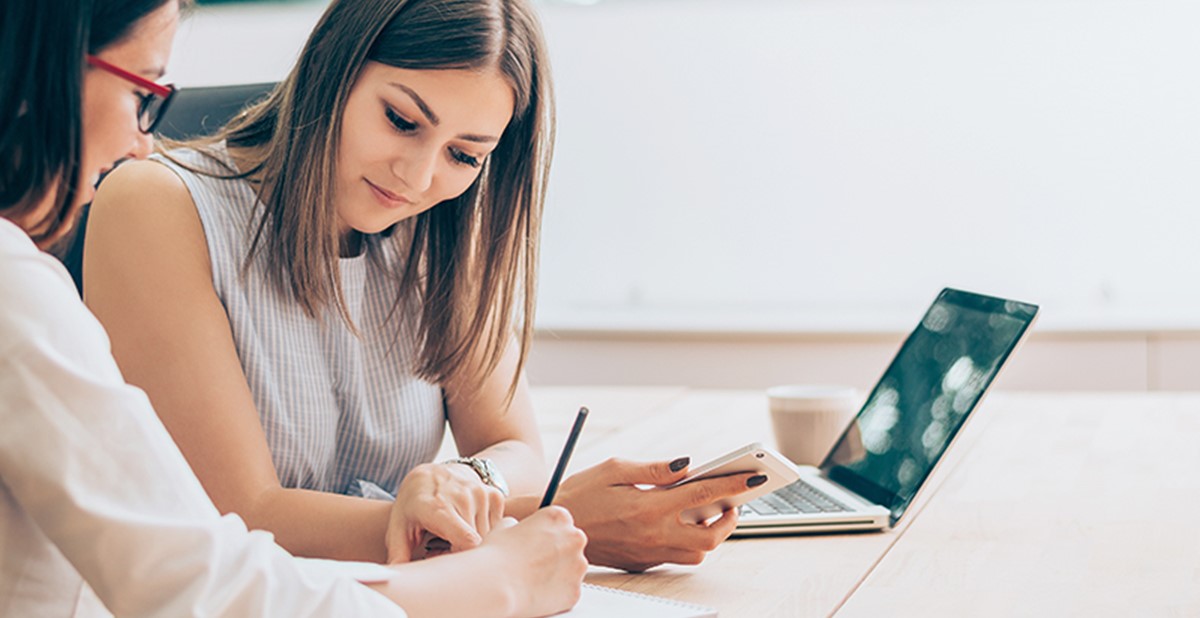 I had an interesting conversation with a venture capitalist. We were discussing the qualities the VC looks for when thinking of buying a company. I was expecting to hear words like “profitability” and “growth potential.” But instead, the VC put self-awareness and coachability at the top of the list.

I was surprised but probably shouldn’t have been. I’ve worked with hundreds of leaders—in hospitals, on baseball fields, in government offices, in hotels, stores and restaurants—and have seen organizations that focus on these two qualities tend to be strong, innovative and profitable.

It makes sense. Today’s business environment requires us to adapt quickly and relentlessly. That means leaders must not only be great at what they do, they must also be great learners. This mindset—which is connected to humility—requires that leaders “know what they don’t know” and be willing to work on their shortcomings.

When we know what we need to improve on, we’re more likely to seek the help of others who can coach us. Once we seek that help, we become even more self-aware. It’s a cycle that builds on itself.

When these two qualities become part of your company’s culture, it’s easier to engage and motivate employees. High performers will be drawn to you (and are more likely to stick around). Productivity will soar.

Here are a few tips for becoming more self-aware and coachable:

Know that getting better starts on the inside. It’s not “them,” it’s you. When I was younger, I lived in the world of “if only.” If only I had gone to this school, majored in this subject, grown up rich, gotten the breaks or been more appreciated, then my life would be better. The problem was always them. Then, at 31, I crashed emotionally. I sought professional help and found other resources from which to learn. I soon discovered the problem was not them, it was me and my expectations. I figured out that I will struggle until I am better on the inside.

Ask for feedback (and really listen). Talk to your boss, to other leaders, to employees, to friends and family members. Ask what they see as your strengths and weaknesses. How do they think you performed on a recent project? What might you have done better?

Don’t shoot the messenger. When you receive negative feedback, practice listening without reacting. If you feel yourself getting upset, don’t lash out. Process the information and sit with it a while before deciding whether it’s valid. Often, you’ll have to admit it is. It’s hard to hear negative truths about ourselves, but, with practice, we can become more open to it.

Have a “beginner’s mindset.” People who practice a “beginner’s mind” rather than always thinking they are going to be a guru or expert tend to do better in teams. Always be ready and willing to participate, serve and share your best insights. You will learn a lot more. For example, check your attitude before you go to a meeting. Always come into the group with the intention of learning something. Rather than having an attitude of, “This isn’t relevant to me,” or, “This is not what I’m interested in,” ask yourself: “How could this apply to me?” and “How could this be useful for me now—and if not now, later?”

Keep an accountability journal. Write down your goals and plans and regularly update what you’re doing to move toward them. Track your progress over time. Are you doing what you set out to do? If not, what might be holding you back? Exploring these issues in writing can lead to startling insights on your strengths and weaknesses.

Seize every opportunity to develop yourself. While most entrepreneurs are great at the core skills their venture is built on (such as marketing, promotion or sales) they haven’t typically mastered the skills it takes to run a business. They need training in basics like hiring, firing, creating revenue streams, etc. I find the most successful small-business owners are those who are self-aware enough to know what they don’t know and take advantage of resources that can help.

Hire people who are smarter than you. Make sure they’re willing to challenge you (and that you’re open to being challenged). Being surrounded by a bunch of “yes men” and “yes women” isn’t going to help you grow.

Get a mentor; be a mentor (or do both). Mentoring is powerful. Whether you have a mentor or you mentor someone else, this relationship can spark tremendous growth in both parties. Great mentors know they are not finished products, and often they learn as much from the mentee as the mentee learns from them.

Don’t be afraid to change your mind. We tend to think of strong leaders as being quick, decisive and unwavering in their decision-making. Most of the time, they are praised for being consistent, and their conviction is seen as a source of comfort and reassurance for their team. On the other hand, leaders who change their minds or embrace a new way of thinking about something are seen as flip-floppers and derided for being wishy-washy or inconsistent.

The reality is that leaders who are open to learning new information and adapting their thinking accordingly are ultimately more successful. Changing your mind is not a sign of weakness, but a sign that you are able to learn and grow in real time. Good leaders never tie themselves too tightly to their first conclusion. Instead, they have the courage to admit they might have been wrong, and they possess flexibility to course-correct as new information becomes available.

There is no finish line in learning. There are always things to learn. I guess I assumed at one time that someday I would know enough. That’s just not true. There is always more to learn, and teachers present themselves in many different ways. When the student is ready, the teacher appears. Remaining teachable is key.

Becoming self-aware and coachable doesn’t mean striving for perfection. None of us will ever be perfect. It does mean identifying the worst flaws that hold us back and sincerely working to repair them. It means knowing which tasks to delegate, and when to seek the advice of experts. It means realizing more each day just how much we don’t know. This is a journey that we’ll never finish. Our main job as a leader is to make sure that we’re always headed in the right direction on the path.

Quint Studer is the author of nine books, including the Wall Street Journal bestseller The Busy Leader’s Handbook, and is a lifelong businessman, entrepreneur and student of leadership. He not only teaches it; he has done it. He has worked with individuals at all levels and across a variety of industries to help them become better leaders and create high-performing organizations. He is also the founder of Vibrant Community Partners and Pensacola’s Studer Community Institute and currently serves as the Entrepreneur-in-Residence at the University of West Florida.

If you’ve been working in this industry or at your career job for 10, 20, even 30 years, you probably think you are at the top of your game and are fully maximizing your potential. Chances are you are selling yourself short. With the help of a good business coach, you could be capable of much more.

Need an example? Take a look at Jo-an Lantz, MAS, president and CEO at Geiger, one of the industry’s largest and oldest distributor companies. 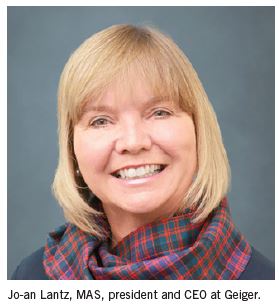 Lantz had worked her entire career for Geiger, starting in the accounting department right out of college and taking on roles of increasing responsibility, including that of COO, when she was promoted to president late last year and then named CEO in April. Even before she took on the new role, Lantz had a few requirements to better herself: join a CEO group, get involved in a family business group and work with a business coach to improve her skillset. She interviewed and evaluated several recommended coaches before selecting Rachel Ciporen, a business coach who is also a professor at Columbia University and someone with whom Lantz felt an immediate connection. Lantz was thrilled that Ciporen accepted her as a client as she only coaches CEOs of Fortune 100 companies.

The first thing Lantz did was turn over all her testing results (outside testing done during the CEO interview process that included cognitive theory testing and business problem-solving) and Ciporen did some additional testing to uncover how Lantz thinks through problems. They began with weekly coaching calls, moved to calls every other week and now Lantz has a call with Ciporen once or twice a month.

“She helps me with my interaction with colleagues and to be more self-aware, to self-regulate and to know when to optimize my skillset and when to sub-optimize,” she says. The latter has been the most difficult, Lantz admits—giving others the desired outcome and then letting them decide how to achieve it. “The ‘how’ can be very different than how I would do it,” she says, describing the situation sometimes as seeing the train, knowing it’s going to be a train wreck but understanding you must let it happen.

Lantz says her coach has also helped her learn better ways to make tough decisions. One technique she now practices when one person or group is in favor of a decision and one person or a group is opposed to it, is to ask a person in favor to debate the con side of the argument and a person opposed to debate the pro. “We all own the decision when we leave the room and we all feel good about it,” she says.

After her first 12 months with her coach, Lantz says she has exceeded all her business goals but plans to continue with her coach for the foreseeable future because she acknowledges, as a business leader, she’s still a work in progress. “People tell me all the time that I’m different and that’s what I wanted,” she says. “I wanted to change—to take that leap from COO to CEO.”