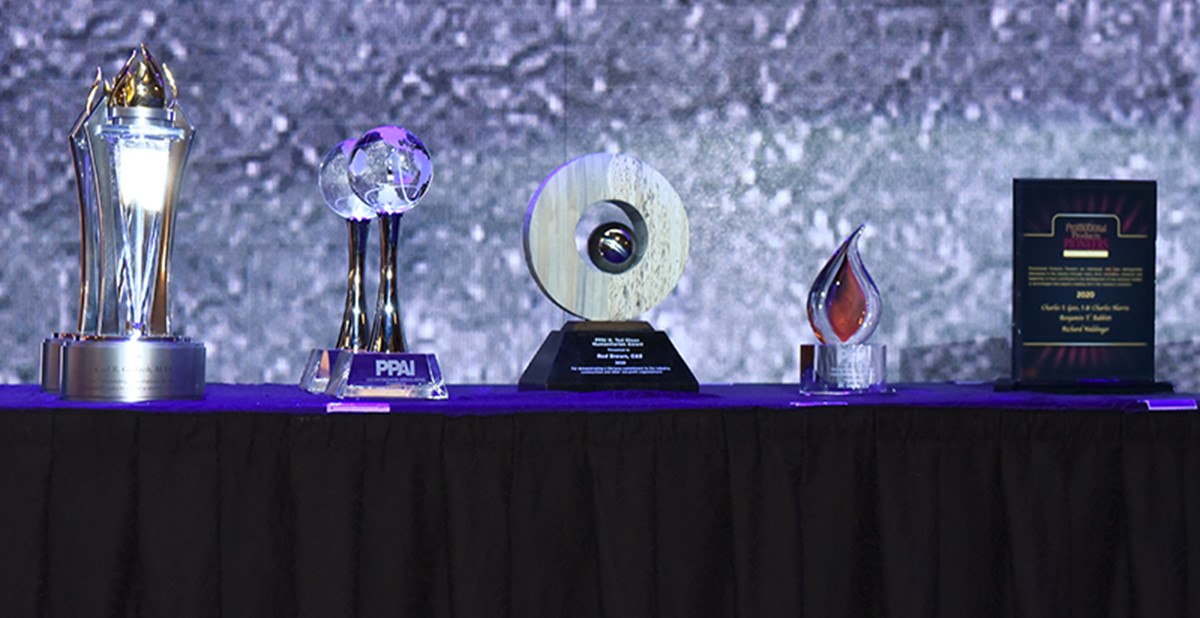 PPAI has announced the recipients of its most prestigious awards for 2022, including PPAI Hall of Fame, PPAI Distinguished Service Award and PPAI H. Ted Olson Humanitarian Award, and the Promotional Products Pioneers.

Celebrating individuals who have demonstrated monumental and selfless efforts and devotion to the promo industry, induction into the PPAI Hall of Fame gives permanent recognition to those whose creative spark and tireless dedication have helped the Association and industry to prosper. The 2022 PPAI Hall of Fame inductees are Sherri C. Lennarson, MAS, the retired senior vice president of business development at Bankers Advertising Company, and Cliff Quicksell, Jr., MAS+, president of Cliff Quicksell Associates. 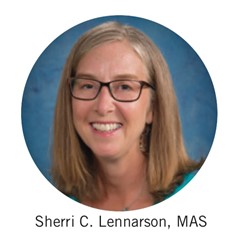 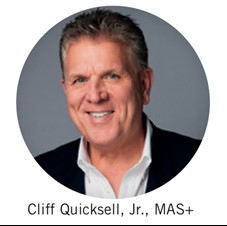 Lennarson has been active in the promotional products industry for 40 years. She joined distributor Bankers Advertising Company in Iowa City, Iowa, as an executive assistant to the president in 1981, before rising up through the sales ranks and eventually becoming president in 2003. She was the first non-family member to serve as the company’s president in its 125-year history. In 2008, Lennarson stepped down from her role as company president, staying with Bankers as senior vice president of business development and consultant to the incoming president until 2010.

During her time in the industry, Lennarson has also been an active volunteer. She has participated in numerous PPAI committees and work groups over the years, most recently the Professional Development Committee from 2016-2020 and served as a Promotional Products Education Foundation trustee from 2010-2011. Lennarson was also a member of the PPAI Board of Directors from 2006-2011 and led it as board chair from 2009- 2010.

With almost four decades in the promotional products industry, Quicksell is an active educator, author and thought leader in the field. His background includes leadership and sales positions at numerous industry companies. He is currently president of Cliff Quicksell Associates. Quicksell has been an industry speaker for nearly 30 years and is also a frequent columnist and writer (see his article in this issue here). Quicksell is also an involved industry volunteer. He is active in the Chesapeake Promotional Products Association and currently serves as the regional association’s board president. He has also served on numerous PPAI committees and work groups, among them the Distributors Committee, the Public Relations Committee and the Awards Committee.

The annual PPAI Distinguished Service Award is presented to Association members who consistently contribute their skills and expertise toward the betterment of the organization. Through volunteer service or by offering their leadership to PPAI, these are members who generously give the gift of their energy, time and enthusiasm. The 2022 PPAI Distinguished Service Award recipients are Brandon Mackay, MAS, president and CEO of supplier SnugZ USA, and David Regan, MAS, vice president of sales and marketing at distributor The Vernon Company. 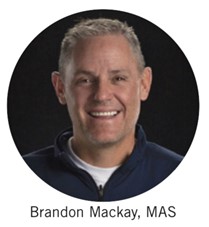 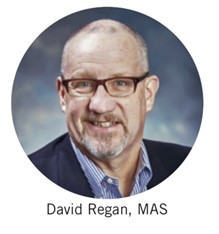 Mackay has volunteered with PPAI committees and work groups for almost 20 years, beginning with the Association’s Technology Committee in 2002. Since then, he has served on numerous other volunteer groups and currently sits on PPAI’s Leadership Advisory Committee. He also served on PPAI’s Board of Directors from 2008- 2012. 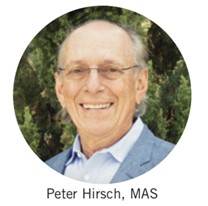 Hirsch has repeatedly stepped up for his community and region. Following Hurricanes Katrina and Harvey, and most recently Ida, Hirsch initiated the call to action and coordinated the formation of a group of promotional professionals and employees to collect and donate products to those in need, donating hundreds of pallets of product to community centers, schools and churches for hurricane relief efforts. Hirsch is also a co-founder of Patriot Coolers, which has a giveback program that supports Homes For Our Troops. Alongside his service to his community, Hirsch is an active industry volunteer, having served on numerous PPAI committees and work groups, on the board of the Houston Promotional Products Association (HPPA) and as a participant at PPAI’s Legislative Education and Action Day in Washington, D.C.

Introduced in 2015, PPAI’s Promotional Products Pioneers program has honored individuals whose business acumen or technological skill played a key role in the advancement of the promotional products industry. Pioneers recognized in the program have distinguished themselves through their vision, drive, innovation, character and leadership, contributed to the development of technologies, breakthrough product development or decorating techniques that stand out in industry advancement.

Tom Constantino formed Noteworthy Co. in 1954 and invented litter bags. He also coined the slogan “Don’t be a litterbug  - Use a Litterbag” for the Keep America Beautiful organization and was known to personally get on calls with distributors and their clients to explain litter bags and how they need to be in every car. “A litterbag is an absolute necessity in every car in the United States … if we expect to keep our country clean and green.” The popularity of the litterbag, and Constantino’s concept for “in-car” advertising, opened a new opportunity for the industry, and bag manufacturers saw a new way to capitalize on their product’s ad potential. Constantino also worked to create crime prevention and drug awareness using coloring books to get the message out.

Ronald L. Cook of Glass Graphics created, staffed and managed a two-and-a-half-day sales training seminar called the Sales Institute Program. It was conducted in major cities around the country and featured general sales techniques as well as industry practices for opening new accounts and account development. He also created the Supplier Management Institute as the first educational program to focus on the needs of suppliers only. In his work with PPAI, he increased its education day attendance from 200 to 2,000 at the San Diego Summer Show in 1973. He also sold the Association’s board on major investments to fund education day programs in Dallas and Boston. Additionally, he co-authored 17 Marketing Problems Specialty Advertising Can Solve and was one of eight original founding members of the New England Promotional Products Association (NEPPA).

Instrumental in the creation of what is now PPAI, Edward Halperin of Perin Product Corp. assisted in the merger of the Advertising Specialty National Association (ASNA) and the Advertising Specialty Guild to create SAAI/PPAI, making him one of founding fathers of the Association. He opened Perin Plastics Corp. in 1950 making matchbook lipsticks, “Lippettes,” and expanded the business into plastic housewares and ice scrappers. He offered the opportunity to place logos on items, not just the standard “Your Ad Here in Three Lines.” Perin Plastic Corp. was later renamed Lippette and eventually purchased by Prime Resources Corp. In addition, Halperin held three U.S. patents on products sold in the promotional products industry and developed an award-winning sales program.