Expanding Across The Pond 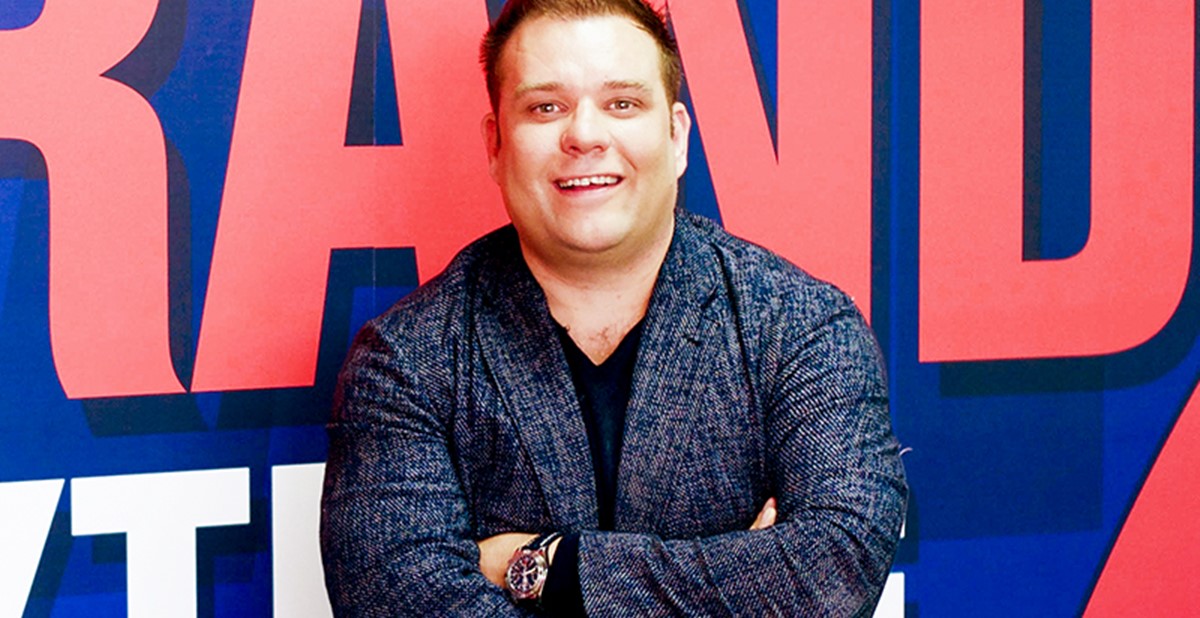 Paul Rowlett is enjoying a respite from the gloomy skies that he’s accustomed to in his hometown of Leicester, UK. Sitting by the pool in sunny Las Vegas, Nevada, Rowlett is bursting with enthusiasm about his company’s latest milestone: launching a physical presence in the U.S.

Everythingbranded.com, which Rowlett founded in 2010 as part of the Charles Alexander Distribution Group, is reportedly the largest distributor employer in the UK with 130 staff and projected sales this year of $30 million. The UK-based online-only business has over 80 account managers serving UK and U.S. customers, but the excessive time difference proved challenging when trying to support the U.S. West Coast.

As a result, Everythingbranded. com is investing $1.1 million to open its first U.S. office, which will employ approximately 100 new hires in Las Vegas who will focus on West Coast clients. Given its humble origins, the rapid success and expansion of the company is nothing short of remarkable.

An entrepreneur to the core, Rowlett had several forays into business ownership as a child.
“When I was nine years old, I ran a candy shop in my garden and the kids used to come around and buy sweets,” he laughs. “I also sold clothes in high school. It’s actually quite funny—I would hide them in the gym locker or under the gym mats.”

From 1999 through 2004, Rowlett served in the British Royal Navy and fought in the Gulf War. As a returning veteran, he found himself in a tough spot. “I couldn’t even pay the electric bill,” he says. “There was about a 12-month time period when I was in a really bad position and the house got foreclosed on.”

Rowlett held a series of jobs, including a B2B sales job where he learned the ins and outs of Google marketing, and a position with a distributor where he was introduced to the promotional market. Nothing stuck, he says, because “I didn’t really like being told what to do.”

Still homeless and living with a friend, Rowlett decided to start his own company. “I thought, I’ve got the internet background, I’ve learned loads about Google, I love the industry, it’s a massive market and it’s interesting,” he says.

He spent 16 to 20 hours a day building a website, adding products, learning the suppliers and building relationships. His vision for the company was a hybrid of a brick-and-mortar distributor with a full marketing team and an internet-only distributor with a team of Google specialists.

“We’re a consultative internet, promotional products design agency,” he explains. “We use the Google business model to generate e-commerce leads and offer consultative sales and free design, but we do it remotely.”

When the company had grown enough to employ additional people and move into an office, it was important to Rowlett that the space have a relaxing and inviting atmosphere. “We have a very modern corporate culture with foosball and other arcade-like games,” he says. “It helps people stay engaged at work, and we have a high rate of retention. We want the office environment to feel like a Friday afternoon, even on Monday mornings.”

Whatever they’re doing, it’s working. Everythingbranded. com boasts a 37 percent reorder rate, which Rowlett attributes to a passion for customer service that starts with him and filters to every level of the company.

In 2014, the Sourcing City Awards, which is voted on by the UK supply chain, awarded Everythingbranded.com its Distributor of the Year title, which encouraged Rowlett to seek out new markets. For two years, he focused on developing relationships, testing the market and concepting how to work with the American consumer. In 2017, the company officially opened for online U.S. business.

The new Las Vegas office will open in January with a launch party coinciding with The PPAI Expo. Rowlett believes that having a physical presence in the U.S. will help build relationships and make U.S. companies more familiar with the company’s brand. It will also allow the organization to advertise nationally, since the entire country will now experience the same level of service.

Rowlett intends to fully integrate the U.S. operation with the UK headquarters. “We have five managers here from the UK now, and they’ll be training the U.S. staff on our processes and culture,” he says. “We plan to live stream meetings on the West Coast with the UK office, and American staff will be buddied up with a veteran UK team member. Our goal is to bring the two companies together.”

Rowlett’s ambitions don’t stop there—he intends to have a designated team in Las Vegas that will begin serving the Canadian market in the next six to nine months, and Australia is also on his radar. “It’s important to be open-minded and explore different markets,” he says. “There’s a whole world out there—with the internet, nothing is stopping you.”

Rowlett and his wife, Jennie, love to travel, and they take their dogs wherever they go. They are also passionate about Make Some Noise, a nonprofit that funds small community charities benefiting disadvantaged children in the UK, and the Bodie Hodges Foundation, which supports bereaved families who have lost a child. In addition, it shouldn’t come as a surprise that Rowlett says he is always open to new ideas, and he has his hands in several side businesses.

“I think you need people like us who get in the industry and shake it up,” he says. “You have to evolve as a business to survive nowadays.”