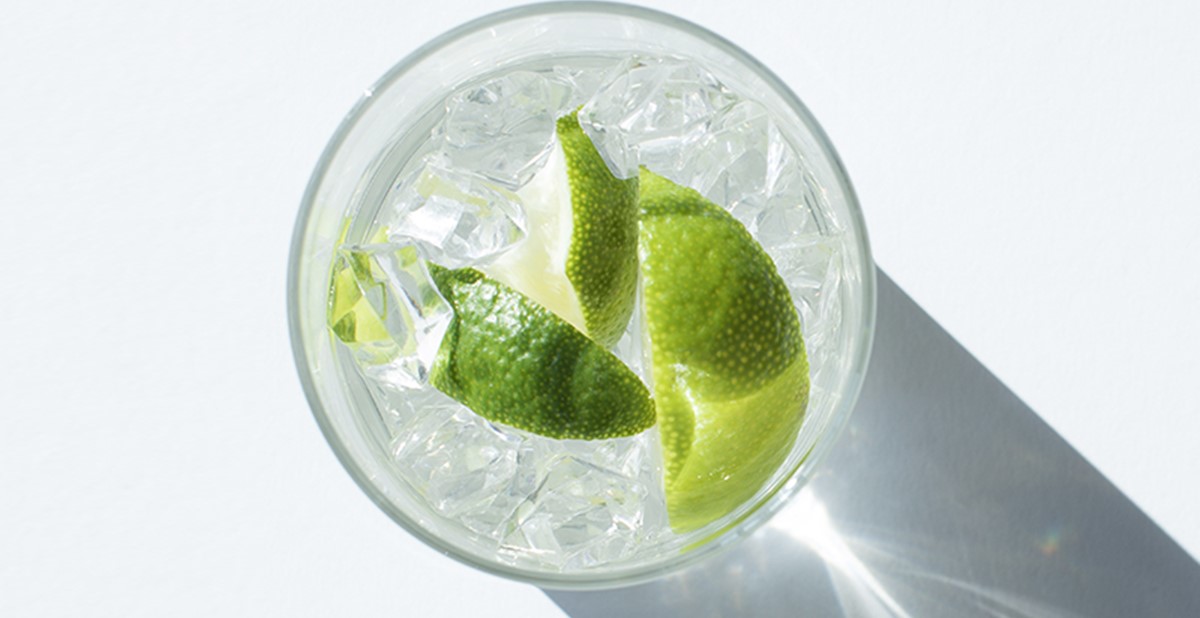 The beverage industry is booming. The global nonalcoholic beverage market is projected to reach $1.6 trillion by 2025, according to Grand View Research, while the global alcohol segment is expected to top $1.6 billion by 2022, according to Allied Market Research.

Those at the heart of the beverage industry—from massive bottled-water companies to Main Street wineries—are thirsty for creative ways to promote their brands. To tap into this market, promotional products distributors need only get their creative juices flowing. How can they use promotional items to entice consumers to reach for a particular beverage on a store shelf or request a certain brand at the bar? In an industry bubbling with competition, success comes down to creating meaningful connections.

In their book, Build Your Beverage Empire, authors Jorge Olson and Carlos Lopez write, “The consumer is your basis for your beverage empire. How do you find and sell to your perfect consumer over and over again? You do it by developing an emotional connection with them.”

Consider Coca-Cola, which is lauded as one of the world’s most valuable brands and boasts an estimated global value of approximately $180 billion. While many caffeinated challengers have entered the market, Coca-Cola is winning the cola war. Nearly three-quarters (73 percent) of adults prefer Coke to Pepsi, according to Rasmussen Reports.

People in more than 200 countries drink 1.9 servings of the carbonated confection every day, according to Coca-Cola. But Coca-Cola didn’t grow into the beloved brand it is today simply by making a great product—the company employed a variety of smart marketing strategies, including promotional products.

The world’s largest beverage company was one of the first major companies to use promotional products in the early 20th century. Fans can view memorabilia and promotional items from years past at the World of Coca-Cola in Atlanta.

There’s room for beverages old and new to shine. The trick is using promotional products to make a brand pop and to turn consumers into brand loyalists. Keep reading for some refreshing ideas and insights on the beverage market. 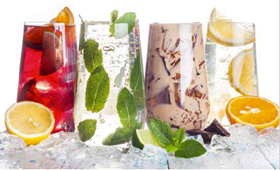 Market Snapshot
In the beverage industry, health and wellness sells. It’s no longer a trend, but a lifestyle choice. Consumers crave health benefits beyond hydration when they reach for their beverage of choice. Immunity-boosting beverages such as kombucha and kefir are particularly popular for their ability to boost the body’s natural immune response and alleviate cold and flu symptoms. Kombucha, the fastest-growing market in the functional beverages category, is projected to grow 25 percent annually through 2020. Nearly three-quarters (73 percent) of people find beverages with added nutrients to be appealing, according to a GlobalData report.

Consumers who don’t want to chug a whole bottle of a good-for-you beverage can reap many of the same benefits from a high-potency, functional shot. If they knock back a kefir shot, for example, they consume tens of millions of colony-forming units, making it a true superfood packed with healthy bacteria, yeast and enzymes.

In their quest to sip more sensibly, many consumers are also saying no to artificial sweeteners and ingredients. Instead, they seek natural sweeteners such as stevia and monk fruit. In 2017, the use of natural sweeteners in beverages increased by 40 percent in volume globally compared to 2016, according to Tate & Lyle, a global sweetener manufacturer.

Beverages in all categories are taking a back-to-nature approach. Plant-based proteins such as lentil, fava bean and pea are often replacing dairy proteins in drinks. In cocktails, vodka is offered in all-natural flavors such as grapefruit and rose or white peach and jasmine. The next time you belly up to the bar, you might be doing your body good. Botanicals boast health benefits that aid with digestive disorders, promote heart health and ward off disease.

Come On In— The Water’s Fine
Water remains the clear winner in the beverage industry. When it comes to refreshment and rehydration, consumers continue to reach for bottled water first. Plastic bottles in single-serving sizes remain the most popular option. In 2017, total bottled water volume reached 13.7 billion gallons, up seven percent from 2016. Sparkling water also shines. This beverage advanced at a double-digit growth rate for the fourth consecutive year.
Source: Beverage Marketing Corporation

Real-World Solutions: Industry Case Study
Fill ’Er Up
To chase away the winter blues, a microbrewery holds an annual festival complete with refreshing brews and plenty of good times. With a targeted audience of beer lovers coming together to celebrate, the brewery decided to sell logoed growlers in its gift shop. Festival-goers flipped over the growlers, purchasing them to fill up with their favorite suds to enjoy at home. Through the brewery’s punch program, patrons receive a free growler fill after 10 growler purchases. The growler builds the brewery’s brand every time it gets used.
Source: Beacon Promotions

Getting In On  The Ground Floor
Before that first sip, consumers face a slew of options. To make sure they reach for your client’s beverage brand, create a promotion that: 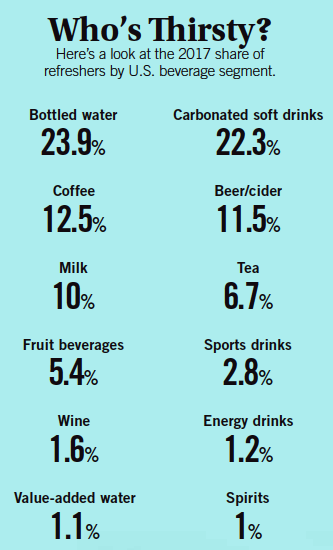 For specific product ideas, please refer to the flipbook.

Audrey Sellers is a Dallas, Texas-area writer and former associate editor for PPB.

filed under November 2018 | PPAI MAGAZINE | Market To Market
Read time:
words
Comments (1)
Caleb Smith
The problem I have with this market is that it is over saturated with manufacturers that sell direct with prices that we are not able to compete in. Glassware is incredibly tough on margins and the majority of the time we pay more as distributors than you can pay as an end-user going to Egrandstand.com. Customer service should differentiate us to a certain degree but the margin is way to large to compete with.
Leave a reply