A Service Veteran, In More Ways Than One 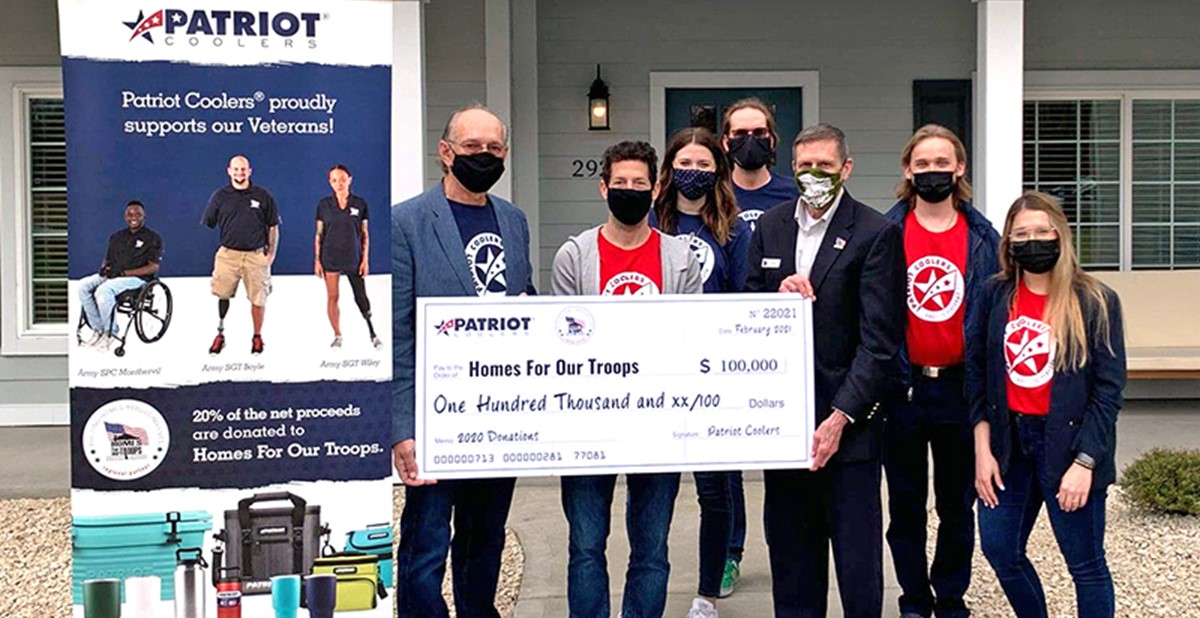 A check presentation to Homes For Our Troops.

Along with the growth and success of Houston, Texas, supplier Hirsch Gift in its 22 years of operation, President Peter Hirsch, MAS, has made it a priority to turn his company’s triumphs into opportunities to enrich the lives of others, particularly in times of great need.

Since emigrating to the United States from South Africa in 1997 with his wife of 44 years, Elaine, and founding his company, a supplier of hardgoods promotional products two years later, Hirsch has remained an active participant in his community and industry. While building up his company from a single office manager and a few production workers to what is now a $24 million-dollar business, Hirsch has also been a dedicated supporter of the Promotional Products Education Foundation (PPEF) and held positions on various boards and committees—both with PPAI and his regional association, Houston Promotional Products Association (HPPA)—in addition to having orchestrated efforts to support the country’s veteran population and victims of natural disasters.

In January at The PPAI Expo, Hirsch will be recognized with PPAI’s 2022 H. Ted. Olson Humanitarian Award for his willingness to showcase true leadership as a team player and by making his achievements into collective wins for all. The highly esteemed recognition is presented annually to members who have shown long-standing empathy, devotion and commitment to improving quality of life and bringing about change for the betterment of a community.

“Peter Hirsch is the picture of service,” says Leslie Roark, CAS, CPIM, president and owner of Spring, Texas, distributor PromoPros/IncentPros, and one of Hirsch’s nominators. “Every time there is a crisis in our community or industry, he is the first to organize something to help. He uses his facilities and his resources to tackle the crisis.” 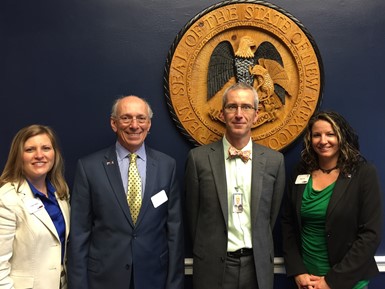 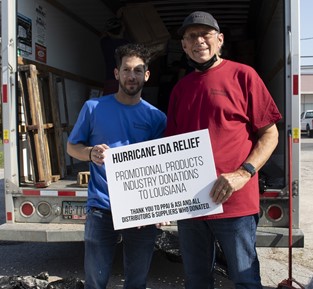 Hirsch led the relief efforts following Hurricane Katrina in 2005 and Hurricane Harvey in 2017. In the aftermath of both natural disasters which hit the U.S. gulf coast, Hirsch was one of the first promotional products professionals to respond to a call for help, and he coordinated a massive effort to receive and store industry donations in a nearby, borrowed warehouse that was close to Hirsch Gift’s headquarters. After Hurricane Harvey—a catastrophe that caused damage to more than 200,000 homes and thousands of vehicles, and displaced nearly 40,000 people—Hirsch helped to orchestrate the distribution of more than 200 skids of donated product, which were sent to schools, churches and community centers in Houston. For those in need locally, donations were driven to nearby residential areas, like Meyerland and Bellaire.

“Peter just doesn’t look at the world as what is best for him. He looks at what he can do in this world to make it better for others, and then he does it,” says Teresa Moisant, MAS, owner of distributor Moisant Promotional Products in Oklahoma City, Oklahoma, and another of Hirsch’s nominators. “He sets the example for others follow. He, by example, has shown so many of us how to assume this responsibility. I am a better person because Peter has showed me, and so many others in our industry, how to give and enjoy seeing others prosper. He shows us how, together, we can make a bigger impact on the well-being of others.”

As a veteran himself, having served in the South African Army, Hirsch sought a way to connect with veterans in the U.S. In the wake of the hurricanes, Hirsch was moved to partner with a small business that would donate a significant portion of its profits to benefit veterans. In 2017, he co-founded Patriot Coolers, LLC, and its line of drinkware, coolers and lunchboxes. Each year, Patriot Coolers donates 20 percent of its net proceeds to Homes For Our Troops (HFOT), a Taunton, Massachusetts-based nonprofit with a mission to build and donate specially adapted, custom homes for severely injured post-9/11 veterans to enable them to rebuild their lives. This year, Hirsch and his son and business partner, Vice President Paul Hirsch, presented a check to HFOT for $100,000 on behalf of Patriot Coolers. Collectively, Patriot Cooler has donated over $200,000 to HFOT. 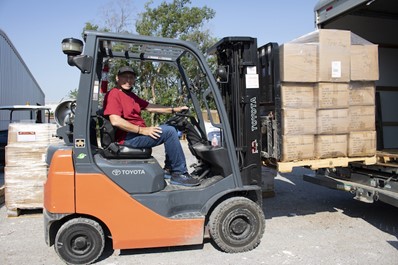 “I’m very grateful, as an immigrant, because this country owes me nothing, but I owe it everything,” says Hirsch. Recalling a recent experience, he says, “I was just recently at a groundbreaking event for HFOT and one of the injured vets stood up, and he spoke, and something he said really resonated with me. In recognizing a fellow wounded veteran at a groundbreaking ceremony at his new house, he said, ‘I’ve never met him before, but he’s my brother, and I’m prepared to give up my life for my brother, no matter that we’ve never met.”

Jo Ann Crawford, a hospital volunteer in the Houston area who collects various gifts for in-patient veterans, and another of Hirsch’s nominators, says, “Nationwide, each one of us had experienced ‘The Year 2020.’ COVID-19, deaths and unattended funerals, hurricanes, tornadoes, national and local elections, unemployment, working from home, business closures, school closures and many others. Yet, when I contacted Mr. Hirsch regarding assistance, which was needed from across our Southern Gulf states, his first and only comment to me was, ‘No matter where our servicemen and women are, let us work together.’ Mr. Hirsch’s assistance with the PTSD, PTS, ROVER and WISER programs allows our American servicemen and women to have the knowledge that even while recovering, they are not forgotten.”

One of Hirsch’s latest charitable endeavors is for Hirsch Gift to act as a sponsor for Kids In Need Foundation (KINF), a Roseville, Minnesota-based nonprofit that provides backpacks filled with new school supplies for students in need. Still in its infancy stage, Hirsch says the plan is for select products from Tangelo, a brand of cutting-edge tech products, to be earmarked for the cause, in addition to a giveback component, so that “every Tangelo product that is sold will be a contribution to KINF,” he says.

During his time in the industry thus far, Hirsch has served in various positions on HPPA’s board of directors from 2008-2017, and he’s the current co-chair of the HPPA Tradeshow Committee, a position he’s held for the past 12 years. With PPAI, he’s served in many committee and volunteer roles, including as a member of the Government Relations Advisory Council from 2016-2020, a participant in PPAI L.E.A.D. from 2015-2016 and as a PPEF donor since 2006. In 2016, Hirsch was named a PPAI Fellow, and he’s also been recognized for his generosity over the years as the HPPA Volunteer of the Year in 2017, as recipient of the Bess Cohn Humanitarian of the Year Award in 2018, and in 2020, he was inducted into the HPPA Hall of Fame.

Of the 2022 PPAI H. Ted Olson Humanitarian Award, Hirsch says, “It means everything to me. I think it’s a wonderful gesture on behalf of PPAI, and I just am pretty much overwhelmed with the response. I’ve had a lot of congratulatory messages and in actually receiving the award, I also receive a real privilege, because I know not only that H. Ted Olson was a wonderful humanitarian, but all my predecessors who received this award, most of whom I knew personally, have done tremendous work in this area. I’m really, really proud to be a part of this community.”