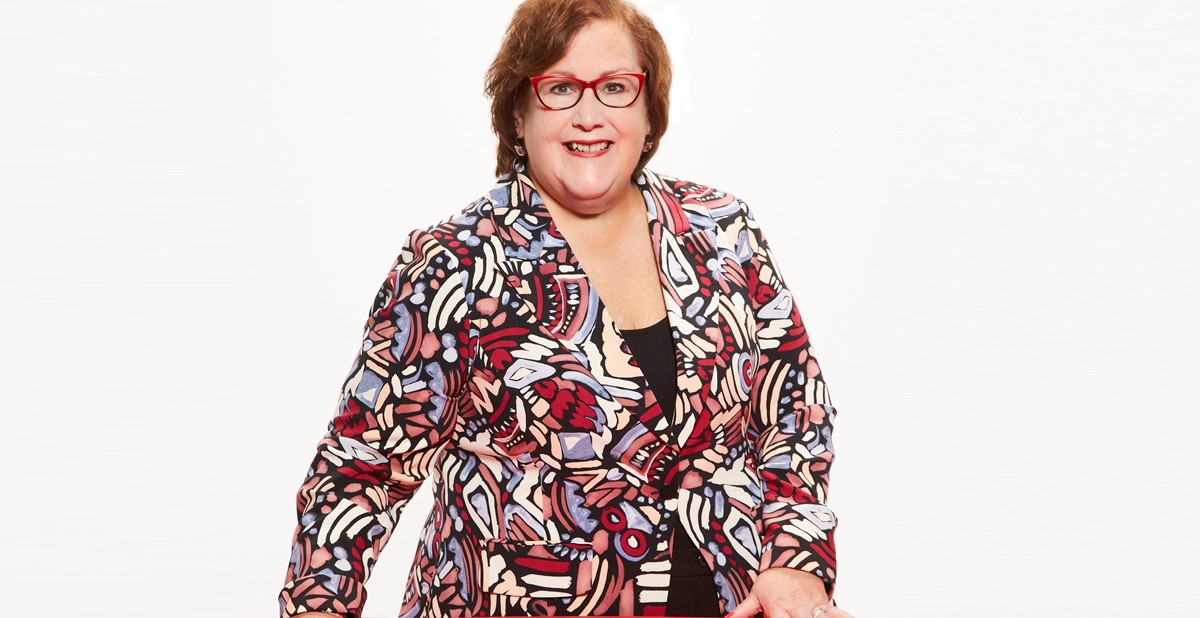 The promotional products industry might not have the creative spirit it was graced with for over 40 years if not for the television sitcom about Samantha Stephens, a witch living an ordinary life as a housewife. It was Samantha’s husband, Darrin, who caught the attention of Mary Ellen Sokalski, MAS, a 2023 inductee into the PPAI Hall of Fame. Darrin worked at an advertising agency.

“I wanted to be a copywriter since I was five years old,” Sokalski says. “I told all my fellow kindergarteners that I wanted to be like Darrin on Bewitched.”

So, when the Philadelphia native graduated from Temple University with a communications degree and accepted a copywriter job at a place called Advertising Specialty Institute in 1981, she thought she’d “died and gone to heaven.”

Sokalski was thrilled to be writing magazine ads, but she was also kept busy providing catalog descriptions to those advertising specialties, otherwise known as promotional products. Mugs. Pens. Grandfather clocks. Knives. Ashtrays. She wrote about all of them. She could tell you how many dimples were on a golf ball (“between 300 and 450”).

In just three years, Sokalski rose from copywriter to director of marketing and advertising.

“It was a wonderland for me,” Sokalski says.

Her knowledge of the industry had been growing, but it was her creativity that the industry would come to covet over the following decades.

While running the marketing and advertising for ASI, Sokalski realized something about her place within the promotional products world of distributors and suppliers.

“I had a superpower that other people didn’t,” Sokalski says.

That superpower? Creative marketing. The beauty and allure of promotional products is that they have worked as a marketing tool for generations. The creativity comes in the type of product that is offered, and the product does the marketing for the client. 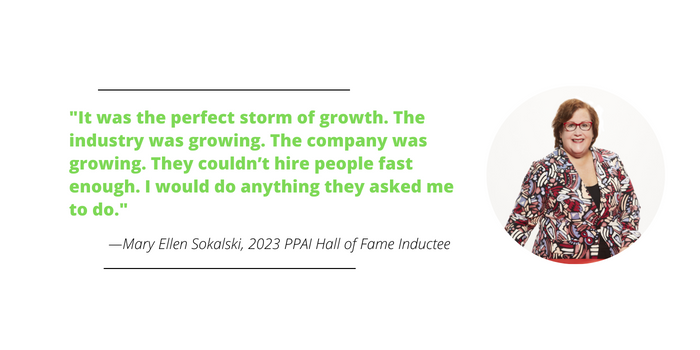 In the ’90s, Sokalski made some key observations about the companies around her. Very few suppliers had marketing departments or employed creative thinkers. And even the largest distributors consisted mostly of salespeople. They didn’t have time to market their companies the way Sokalski would have considered effective.

And to her, effectiveness usually was found outside the box. When ASI was introducing a new service and they had trouble reaching the people they wanted, Sokalski took the reins. She sent them each a watermelon and wrote how “delicious” the new offer would be right on the watermelon.

She was marketing ASI so effectively that she decided she could teach the industry a thing or two, and PPAI agreed, helping her hold seminars on various marketing topics. Press releases. Creative direct-to-mail campaigns. How to do market research. How to market your company on a smaller budget. Promo companies could take the information for themselves or pass it along to their clients.

“I had packed houses,” Sokalski says. “I had waiting lines to get into the seminars.”

Daryll H. Griffin, president of Accolades Inc., who nominated Sokalski for the PPAI Hall of Fame, remembers attending her first Sokalski session, not knowing anything about her and then seeking out the sessions from that point forward. 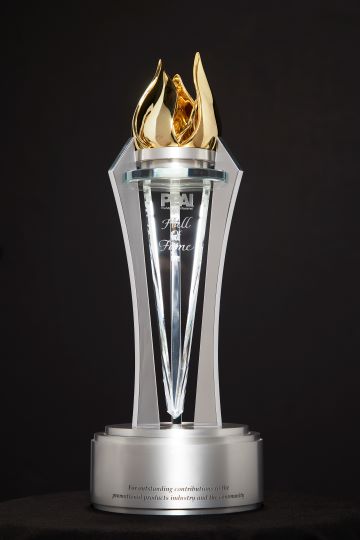 It was only a matter of time until promo companies began realizing that, rather than simply attending those sessions for her expertise, they could employ her. After a few other inquiries, Bodek and Rhodes, a supplier in her own backyard of Philadelphia, convinced her to interview for a job. In classic Sokalski fashion, she turned the interview around on the company’s CEO.

Sokalski had contacted 50 of the supplier’s customers and asked them to name Bodek and Rhodes’ three biggest strengths and three biggest weaknesses. The CEO knew all three strengths but only got one weakness correct.

“Will you let me help you change those two weaknesses?” Sokalski asked. “Because a marketing director does not just send out press releases. We want to help change the company to better meet the customers’ needs. Will you let me change it?”

The response was, “When can you start?”

Suddenly, rather than the services that ASI offered, Sokalski had a product to market, and she implemented the strategy she had adopted with projects at ASI: “If it’s not a wow, it’s not a go.” She wanted people reading what the company wrote, opening what they sent and listening to what they said. If the idea didn’t wow anyone, it wouldn’t see the light of day. While impossible to attribute directly to her, Sokalski says the company achieved a 22% increase in business the year she was hired as director of marketing communications.

“I got a hell of a bonus that year, is all I can say,” Sokalski says.

Sokalski spent nearly two decades with Bodek and Rhodes before starting her own multi-line marketing firm for promotional products, The Scarlet Marketeer, which she ran until 2021.

Few people have seen the industry from more sides than Sokalski, who worked for ASI, served as vice chair of marketing on the PPAI Board (along with many other roles with the PPAI Board of Directors and PPAI committees) and worked on the supplier side of things. She received the 2018 PPAI Woman of Achievement award, the 2016 PPAI Fellow Recognition award and the 2008 PPAI Distinguished Service award, among many other industry honors.

Now, she is inducted into the PPAI Hall of Fame, news that Sokalski says brought tears to her eyes when PPAI Board Chair Dawn Olds called to tell her. She still remembers her first trade show in the industry, being in the lobby and meeting people who were icons of promo, Hall of Famers. Some of them would eventually come to her seminars. She was teaching them.

“And now, I’m one of those people,” Sokalski says. “How did that happen? It was a fun ride.”

Mary Ellen Sokalski’s catch phrase as a creative marketing guru was, “If it’s not a wow, it’s not a go.” Exemplifying her own advice, she never missed an opportunity to snatch the attention of whomever she needed to listen. This included sending some unorthodox packages their way.

Watermelons: She once promoted a special service by sending out watermelons and wrote how “delicious” the offer would be directly on the fruit.

Bags of Dirt: A few clients received small bags of dirt to drive home how “dirt cheap” a new product was.

Philly Cheesesteaks: True to her Philadelphia roots, Sokalski sent a T-shirt rolled up like a Philly cheesesteak and wrapped in foil in a brown bag addressed to key prospects promoting their new local Philly rep.

Boomerangs: To point out that her company got quotes back faster than anyone, she sent clients boomerangs.

filed under January 2023 | PPAI Magazine | PPAI Hall of Fame
Read time:
words
Comments (1)
Joel Jahns
Congratulations Mary Ellen! What an honor and what a career. I am glad to have crossed paths with you in the days of SAAI!
Leave a reply